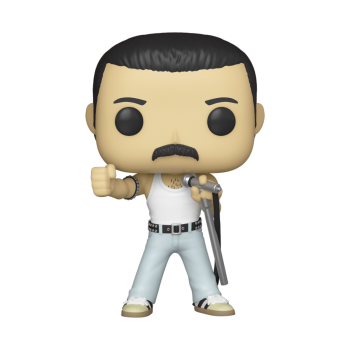 Take home the King of Queen today! Not only have two of his performances been recreated as Pop! – the world-famous 1985 Live Aid outfit and his regal ‘King’ look, crown and all – but our ever-growing Pop! Albums range now includes Queen’s News of the World, featuring the infamous giant robot from the iconic artwork.