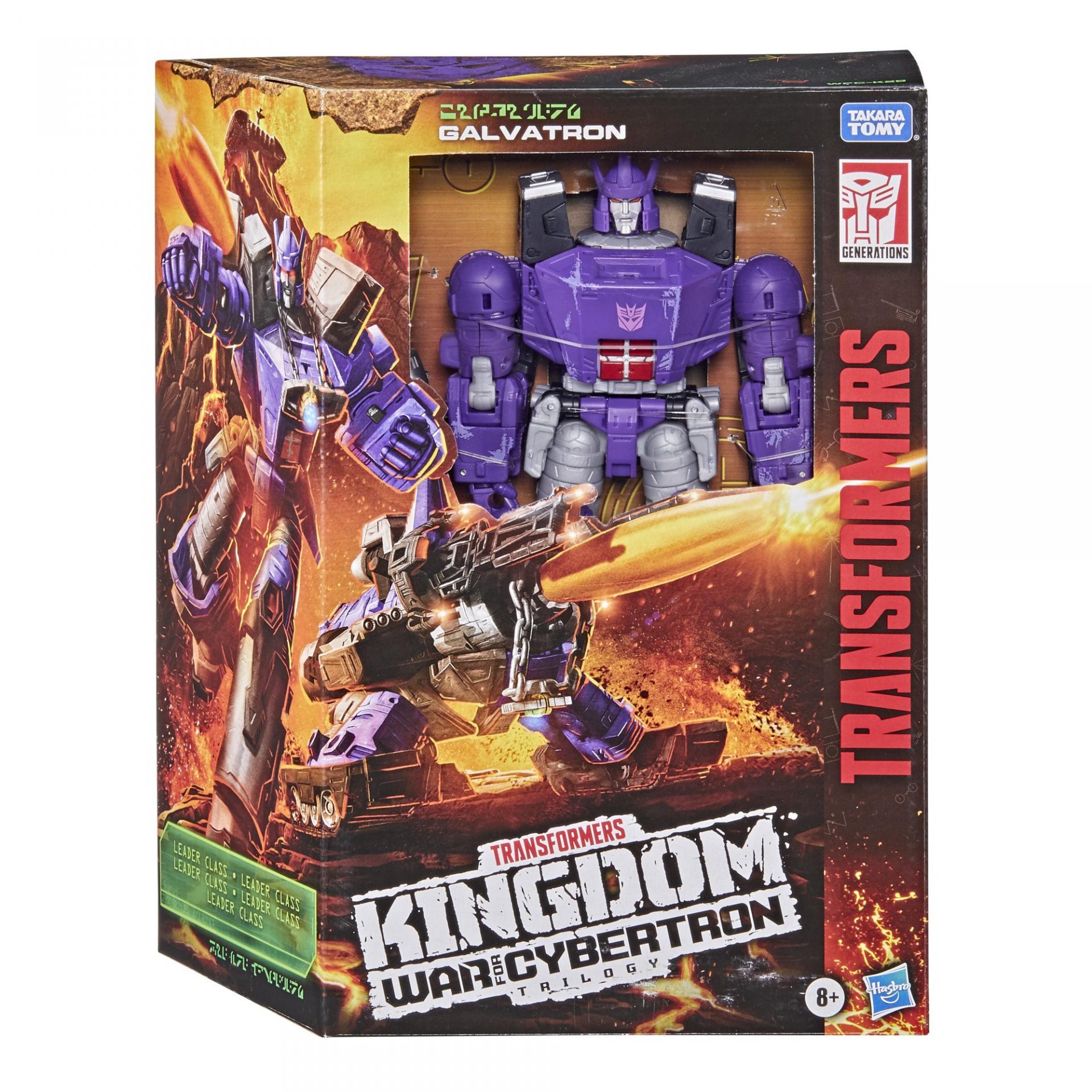 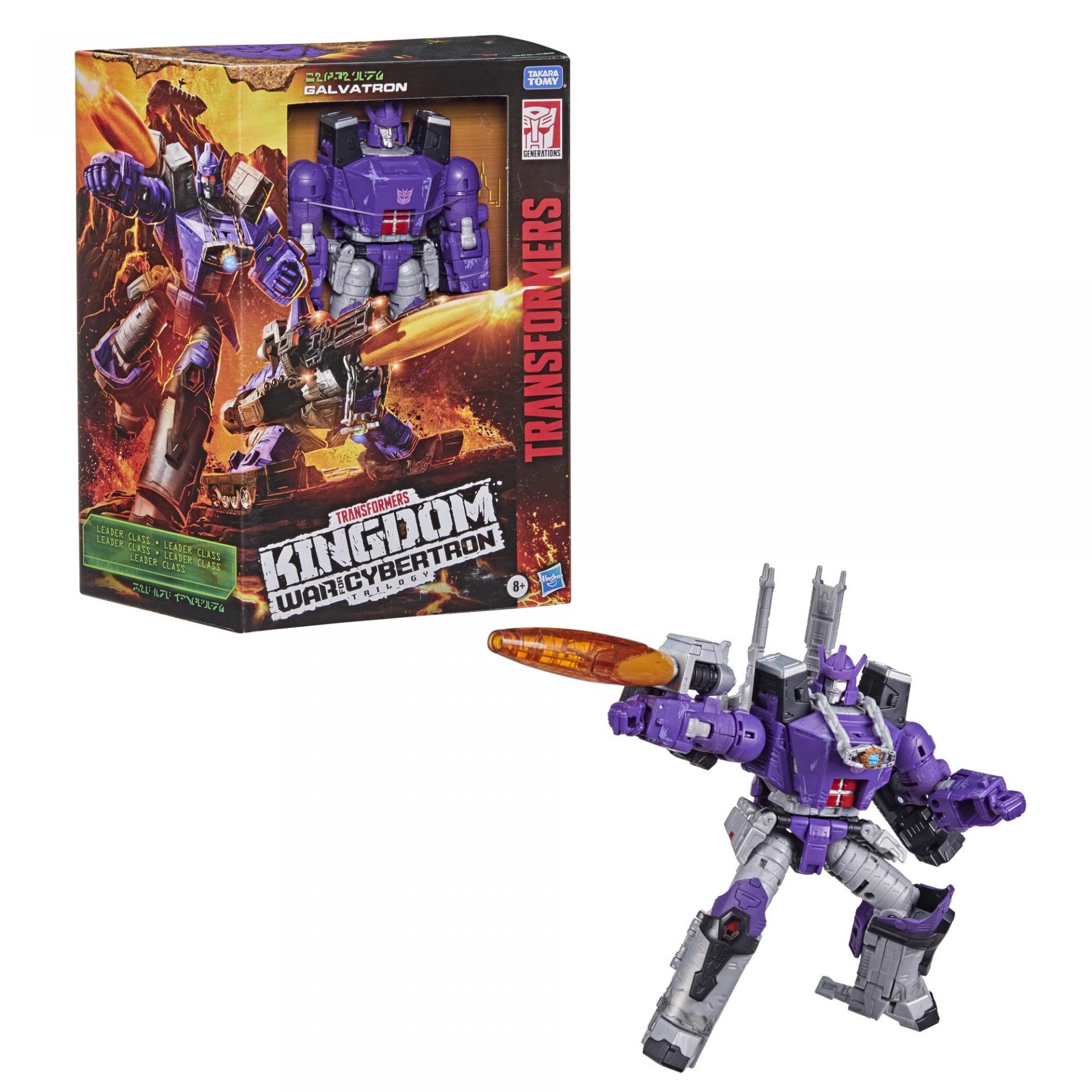 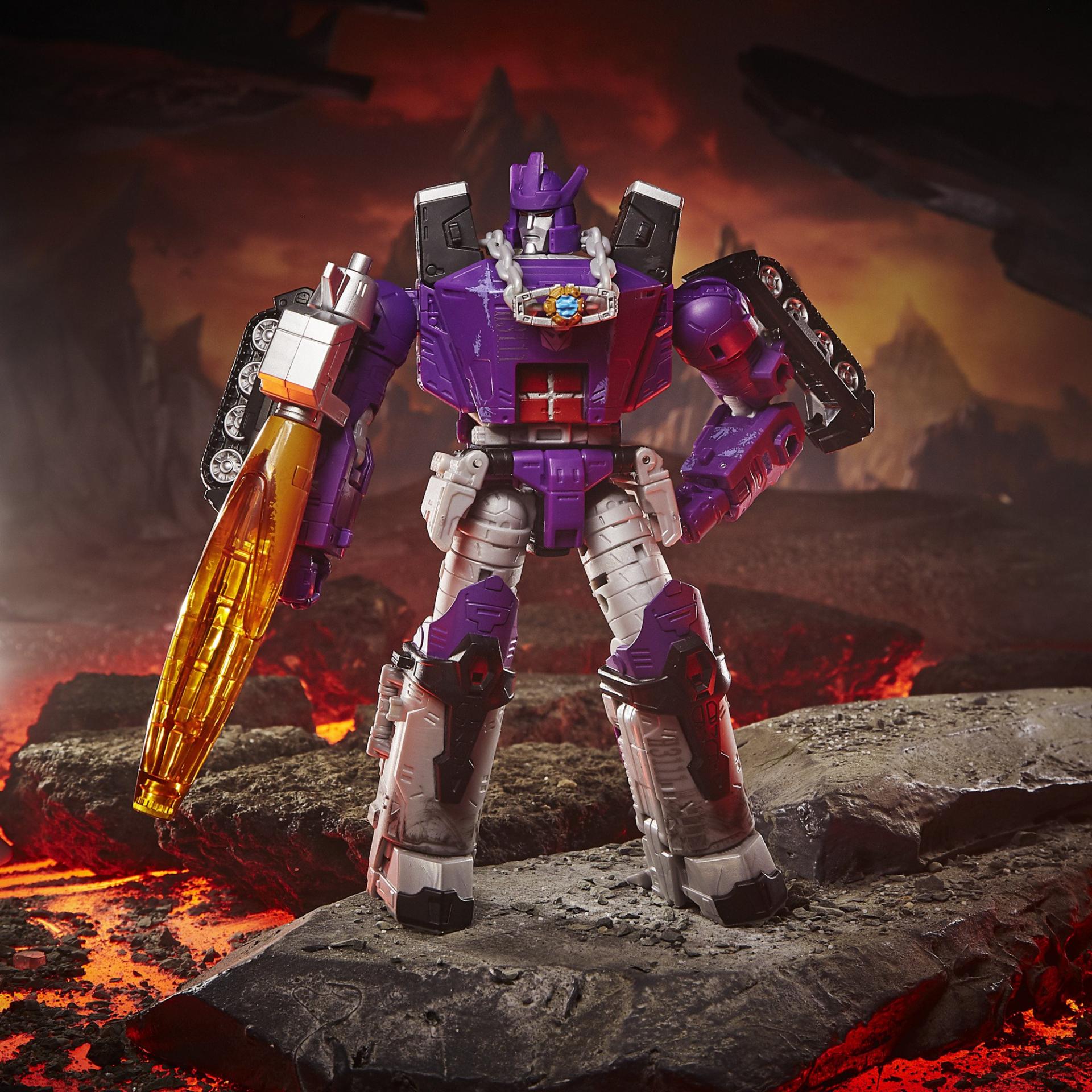 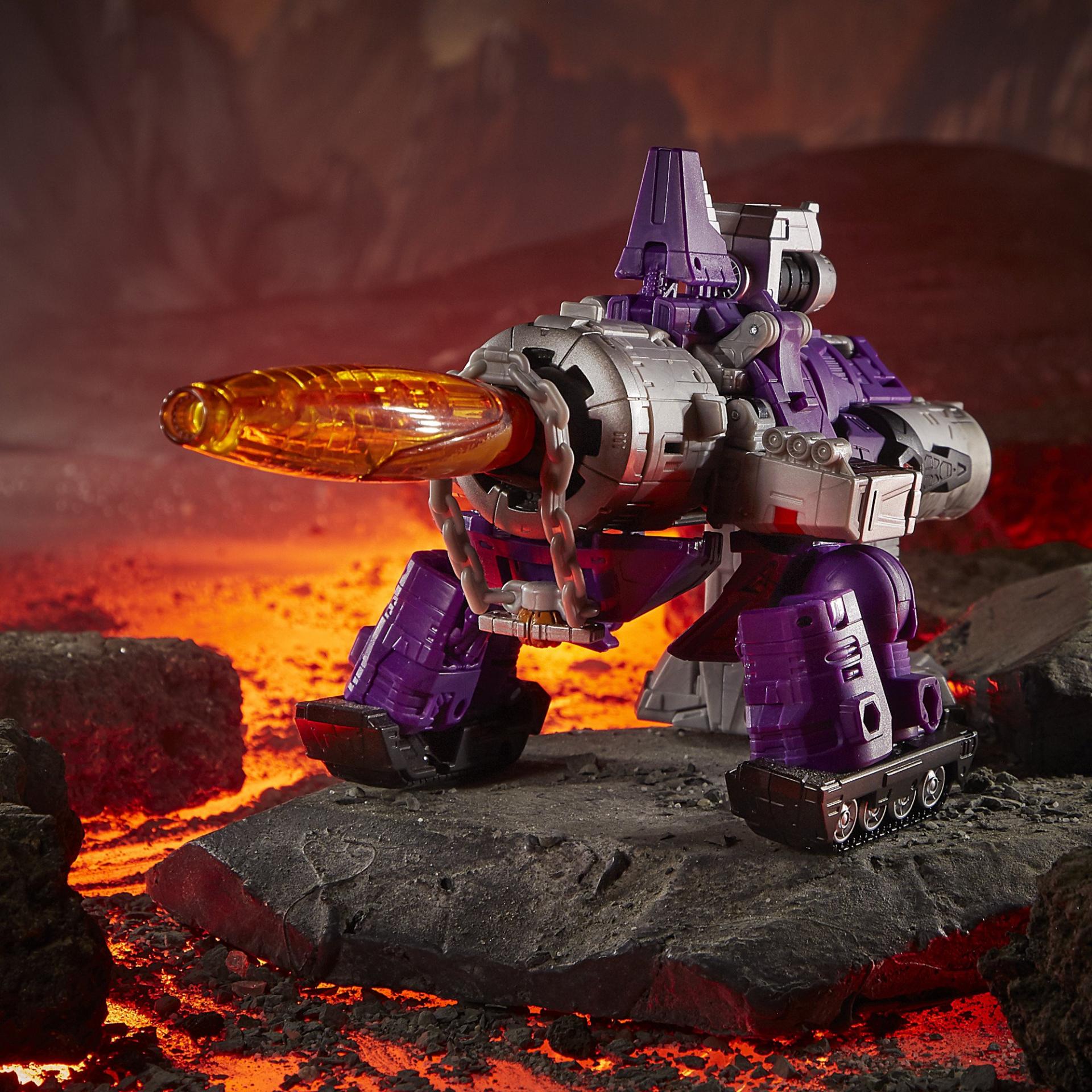 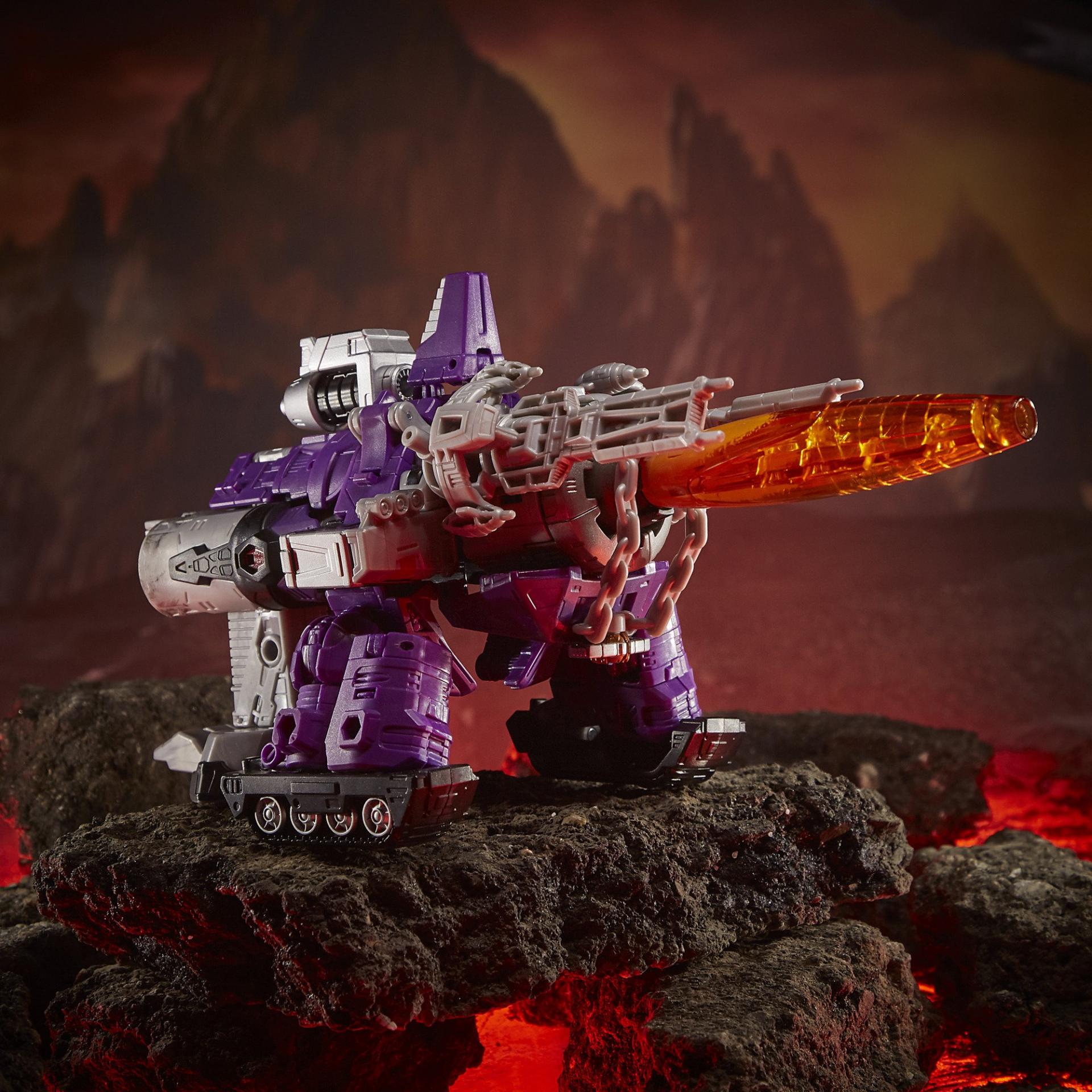 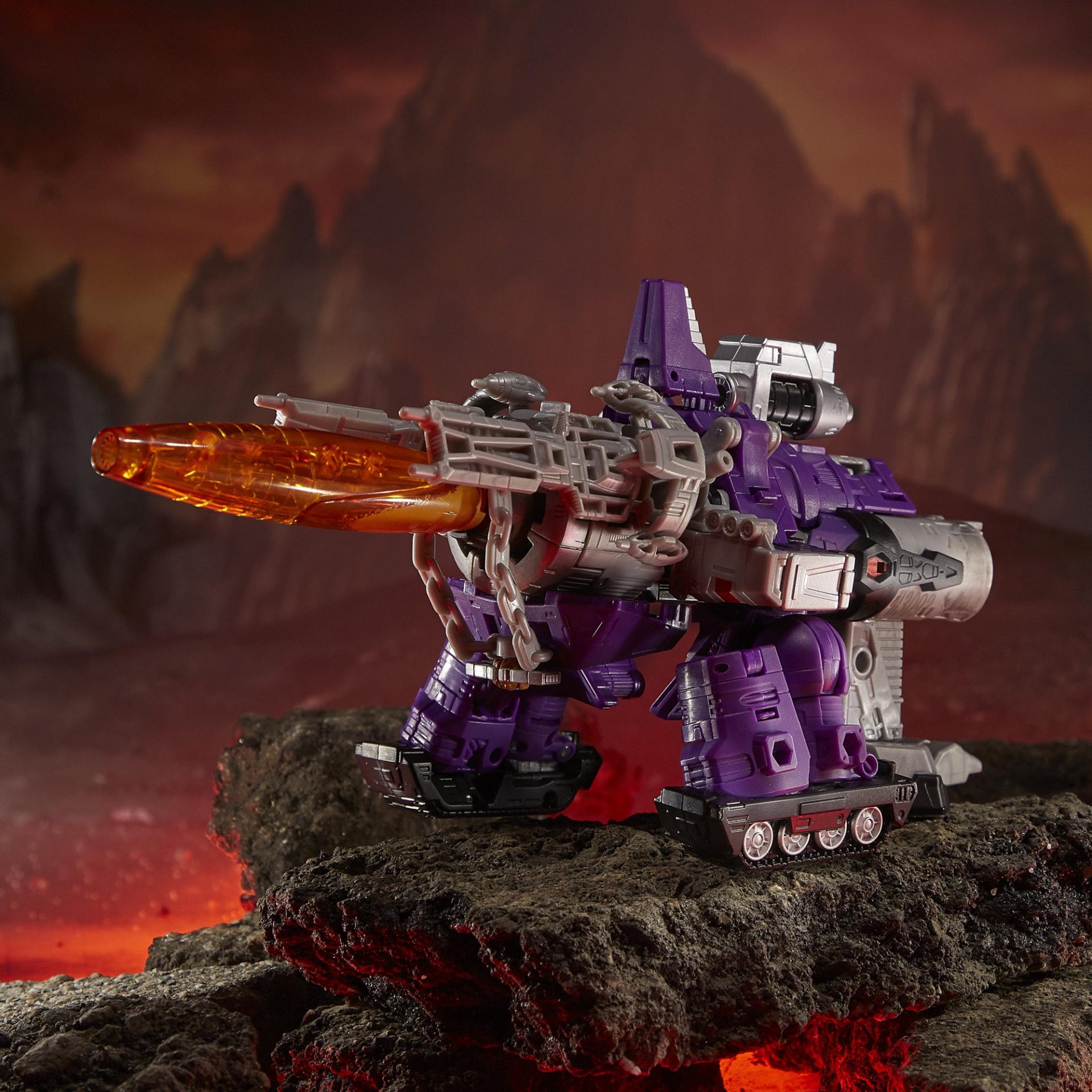 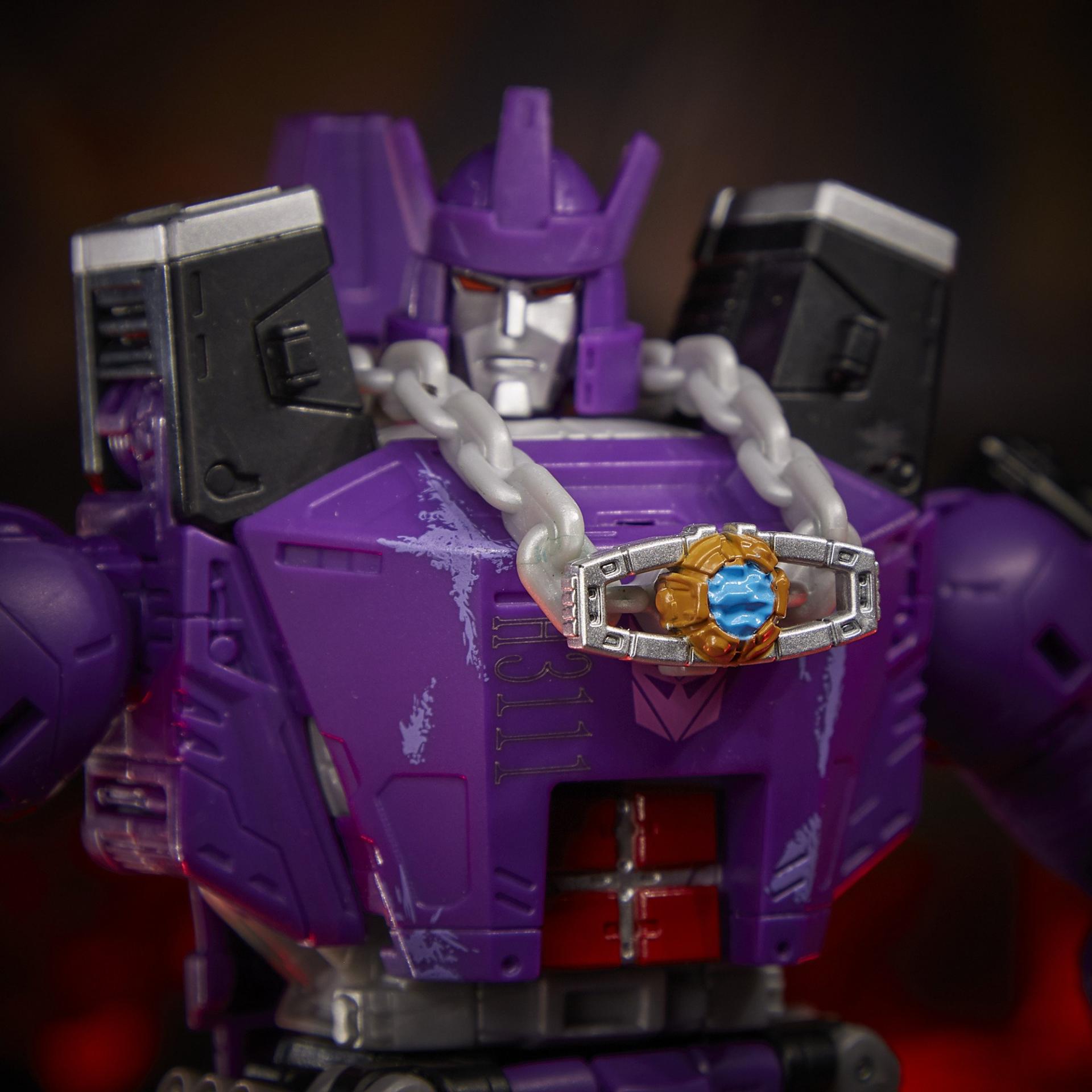 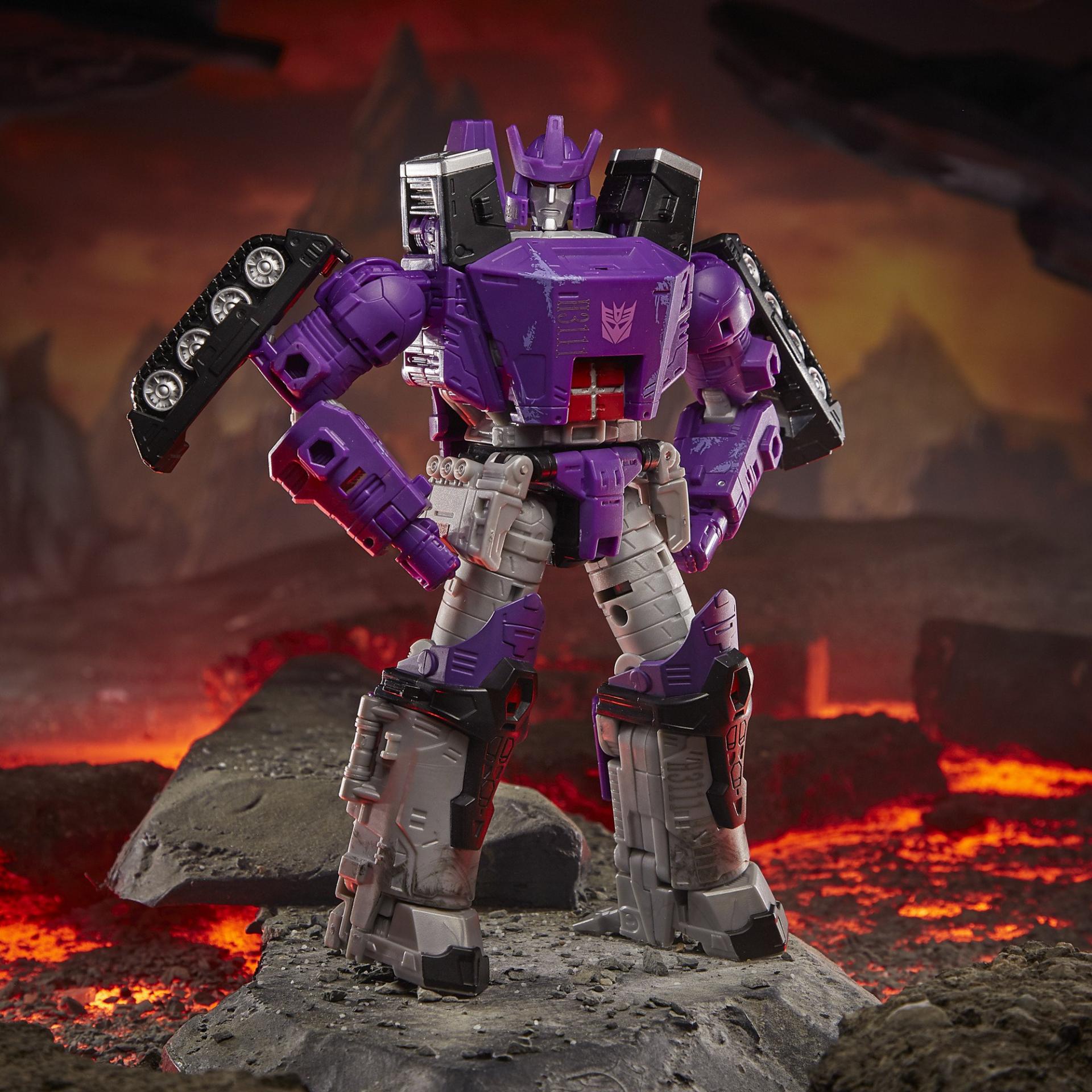 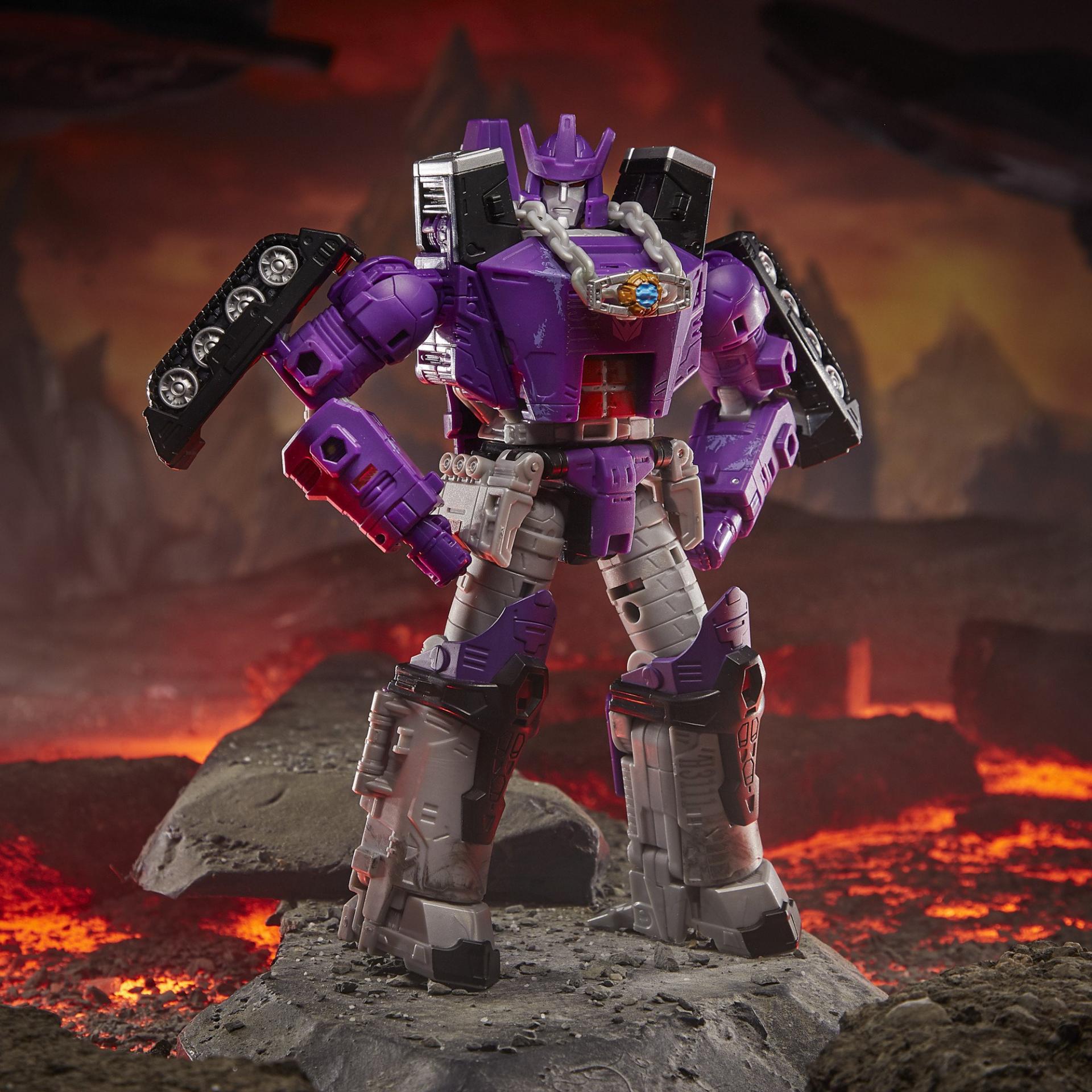 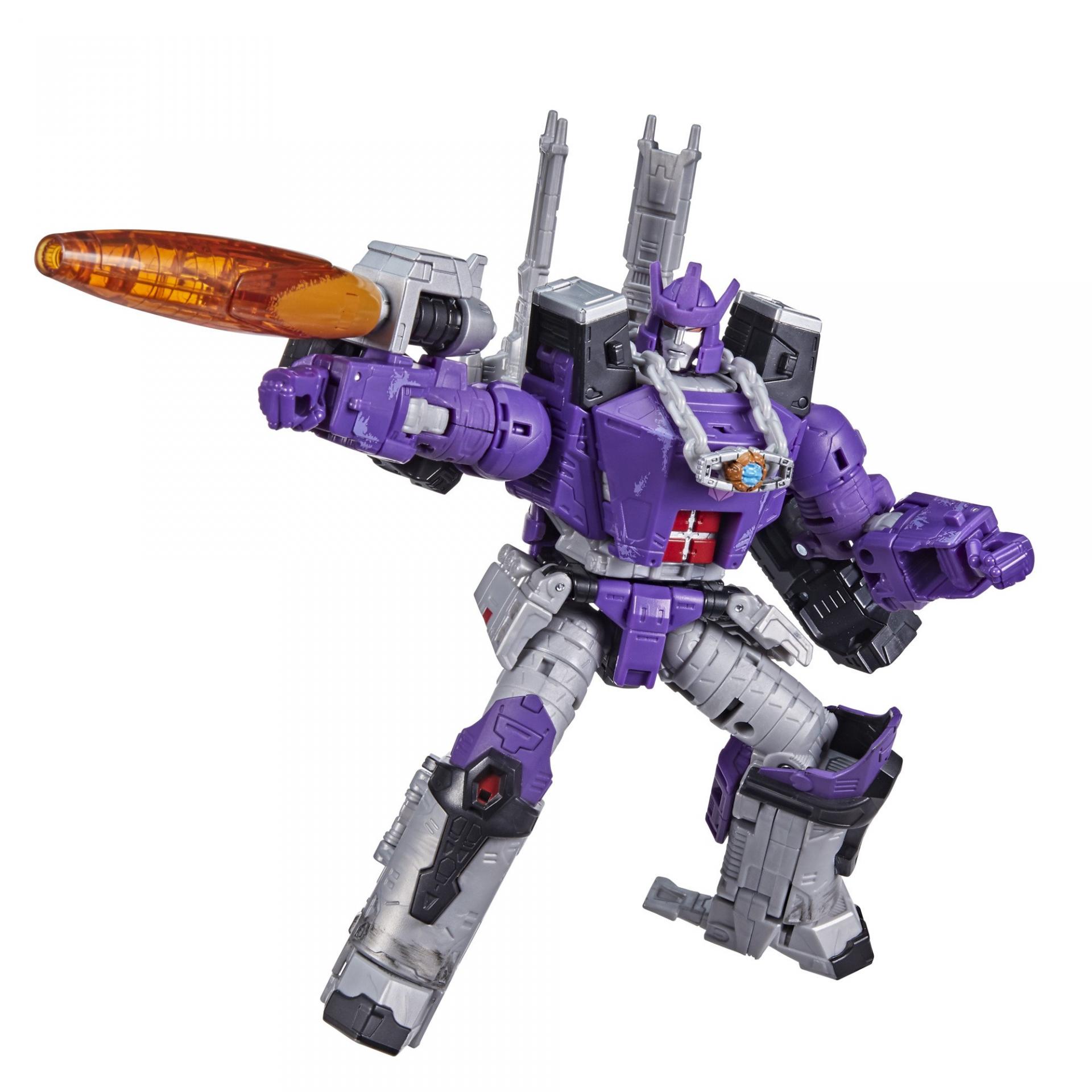 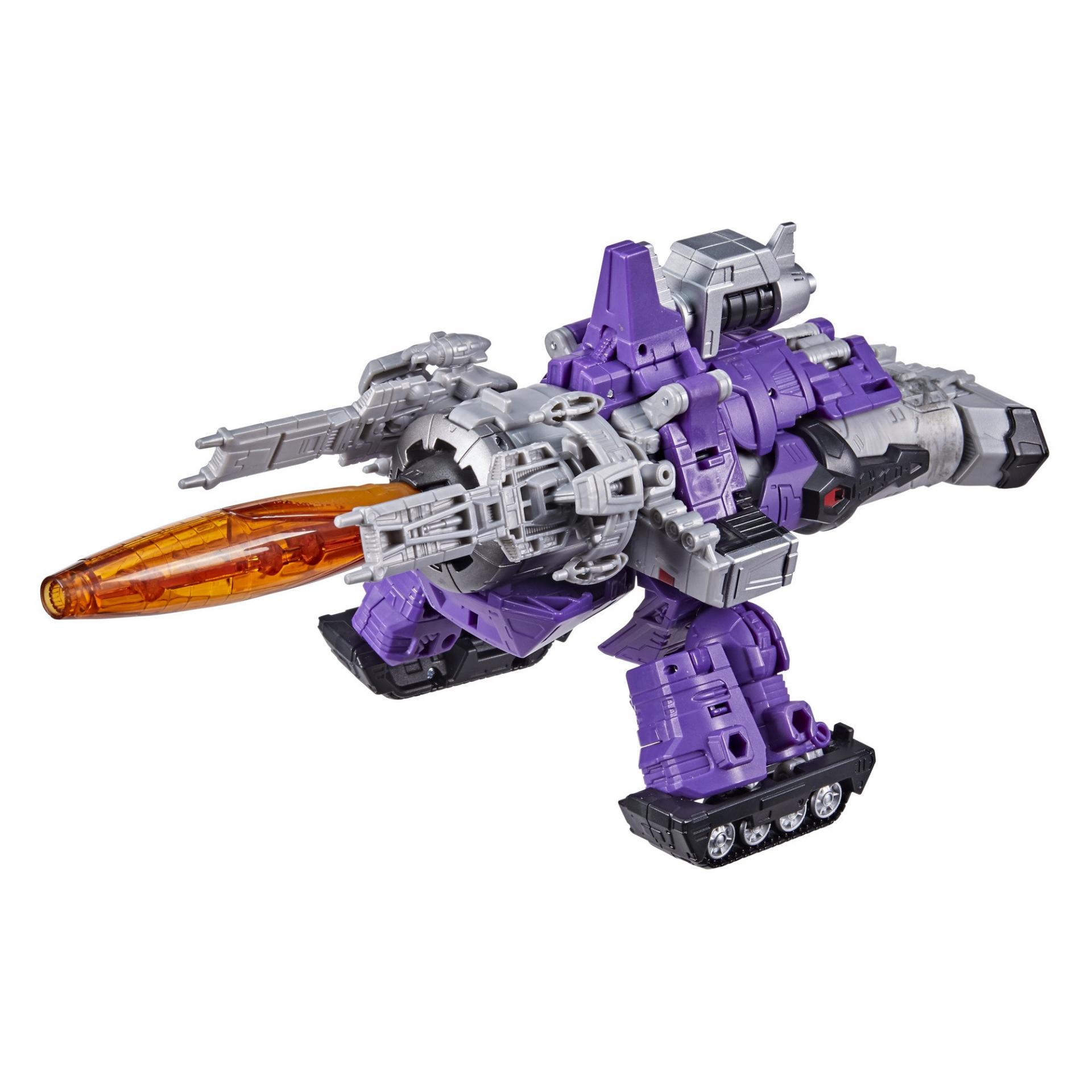 Beastify the battlefield! Worlds collide when the Maximals and Predacons join the fight, coming together with the Autobots and Decepticons in an epic battle that will alter their destiny forever.

Behold, Galvatron! This G1-inspired toy converts into Galactic cannon mode in 33 steps and comes with Particle Beam cannon and 2 side cannon accessories that attach in both modes. The Matrix of Leadership accessory can hang around the Galvatron figure’s neck as it did in the 1986 film, The Transformers: The Movie.

Includes a Golden Disk card that reveals a possible destiny of a key character. Collect other Kingdom figures to reveal all 3 alternate destiny variants for each character! (Each sold separately. Subject to availability.)

Transformers and all related characters are trademarks of Hasbro.