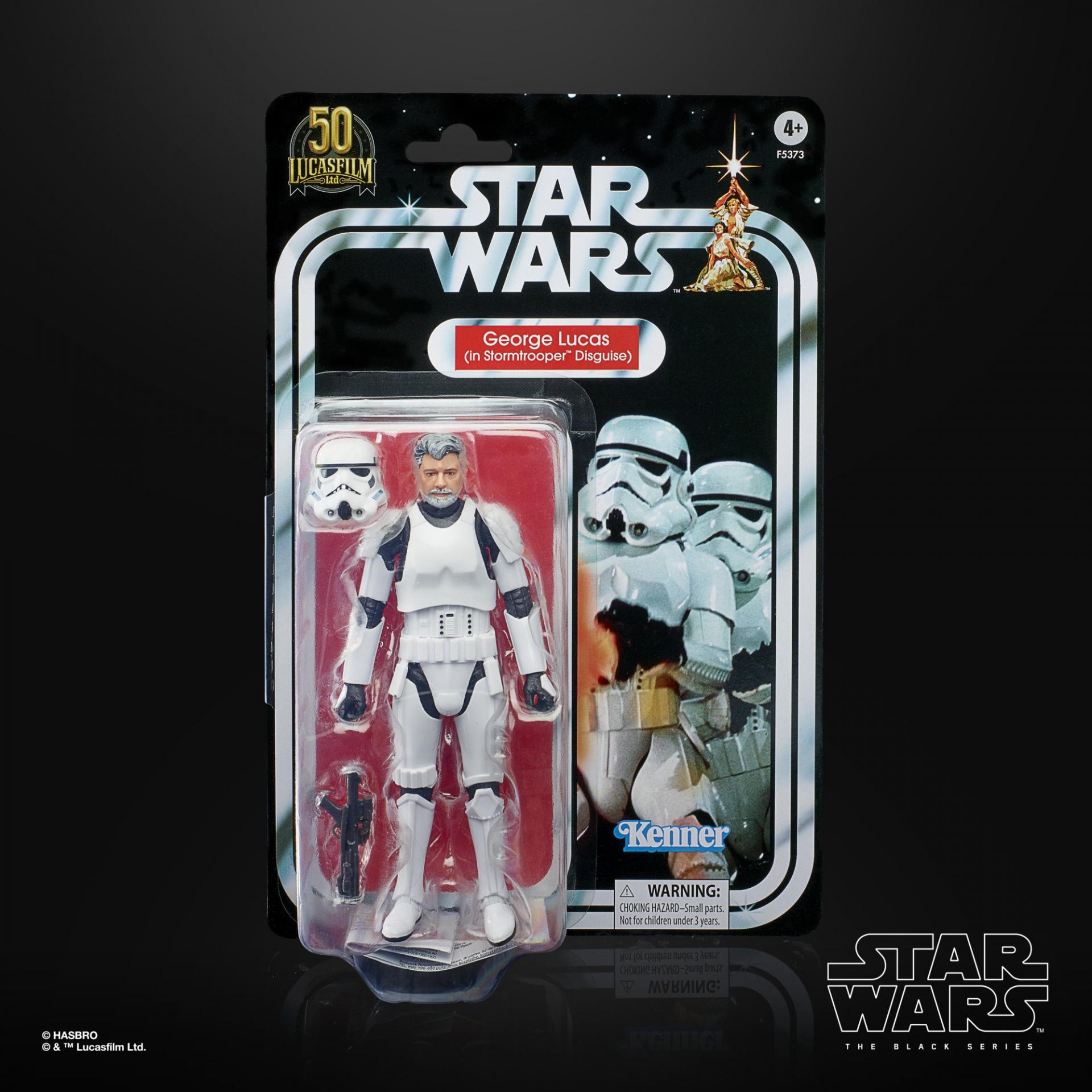 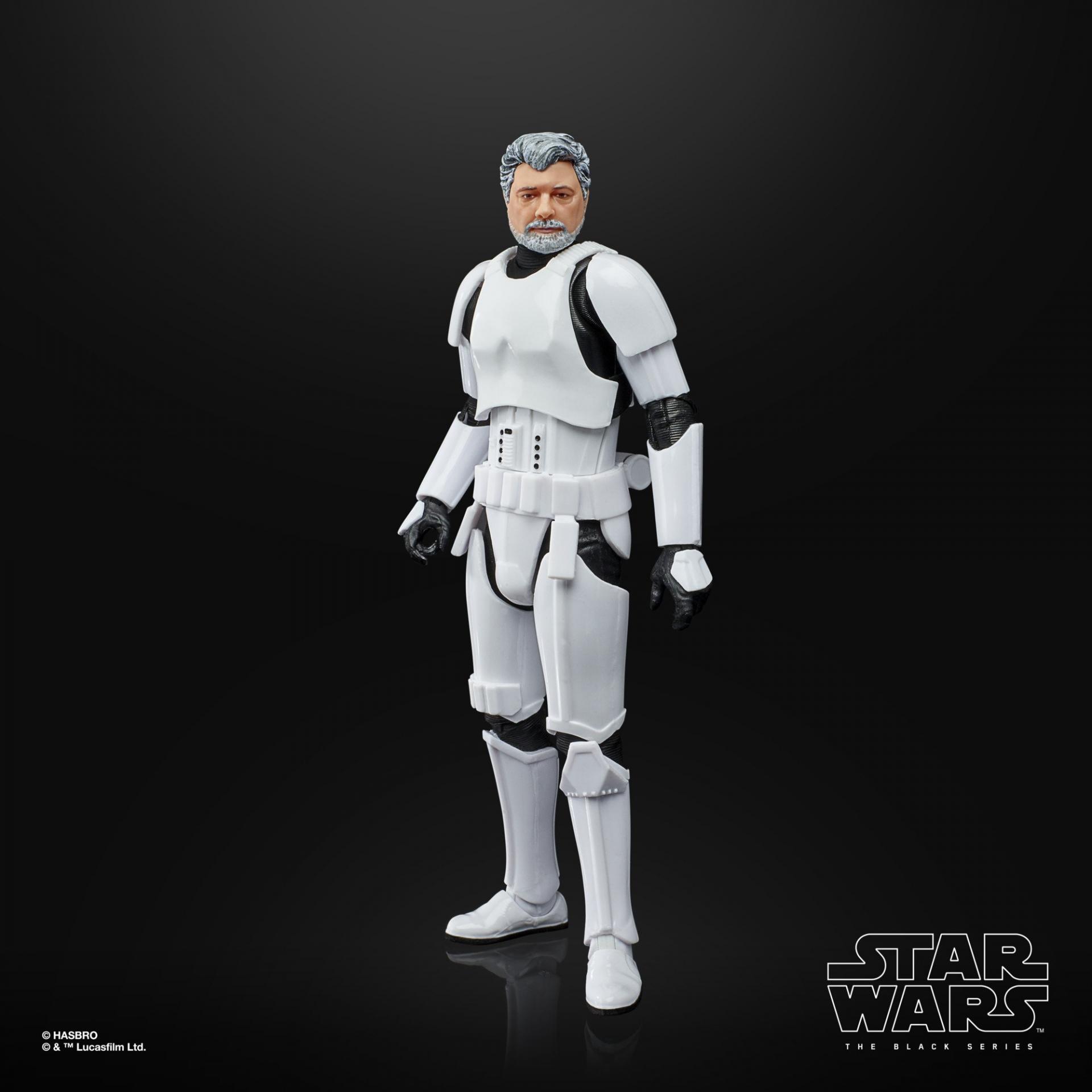 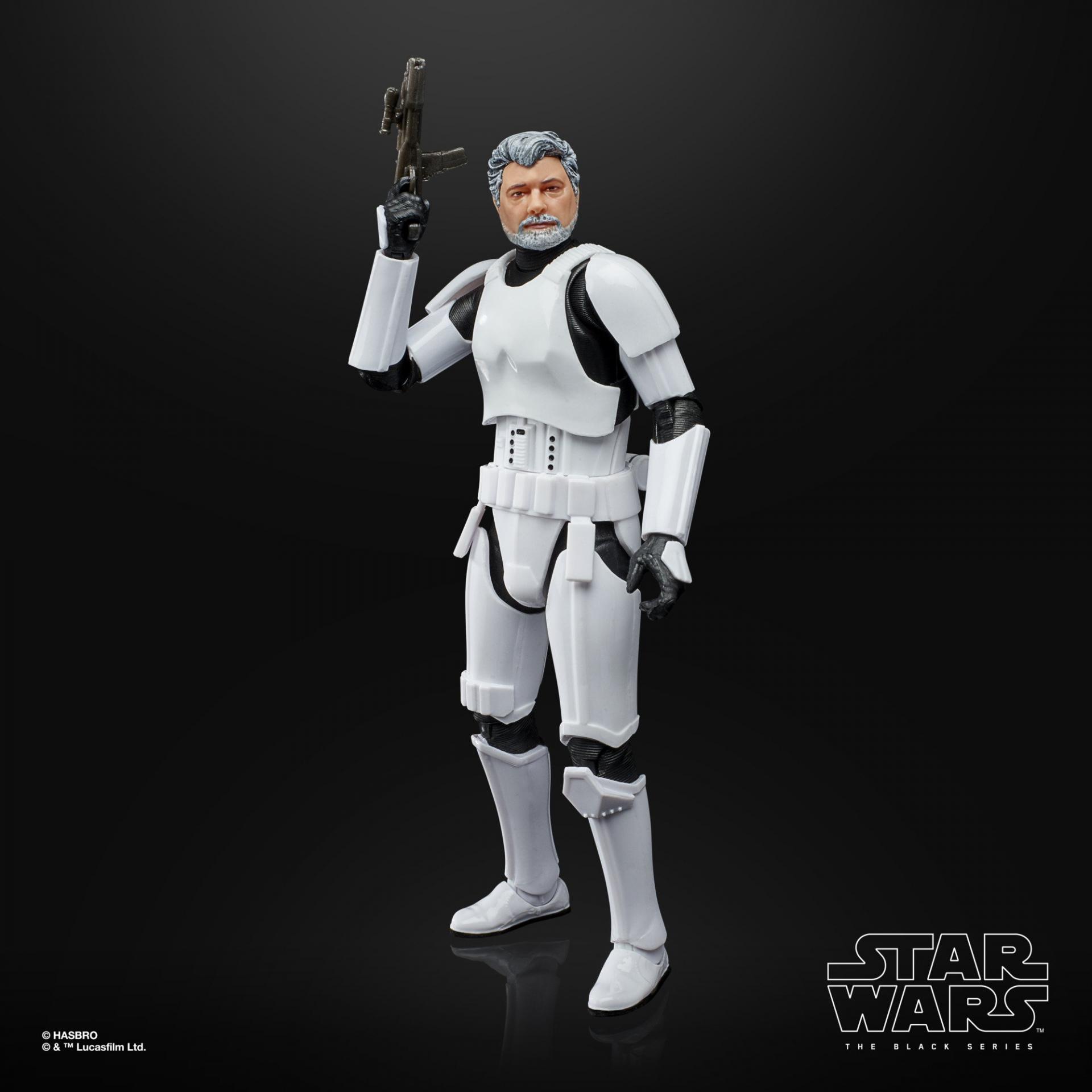 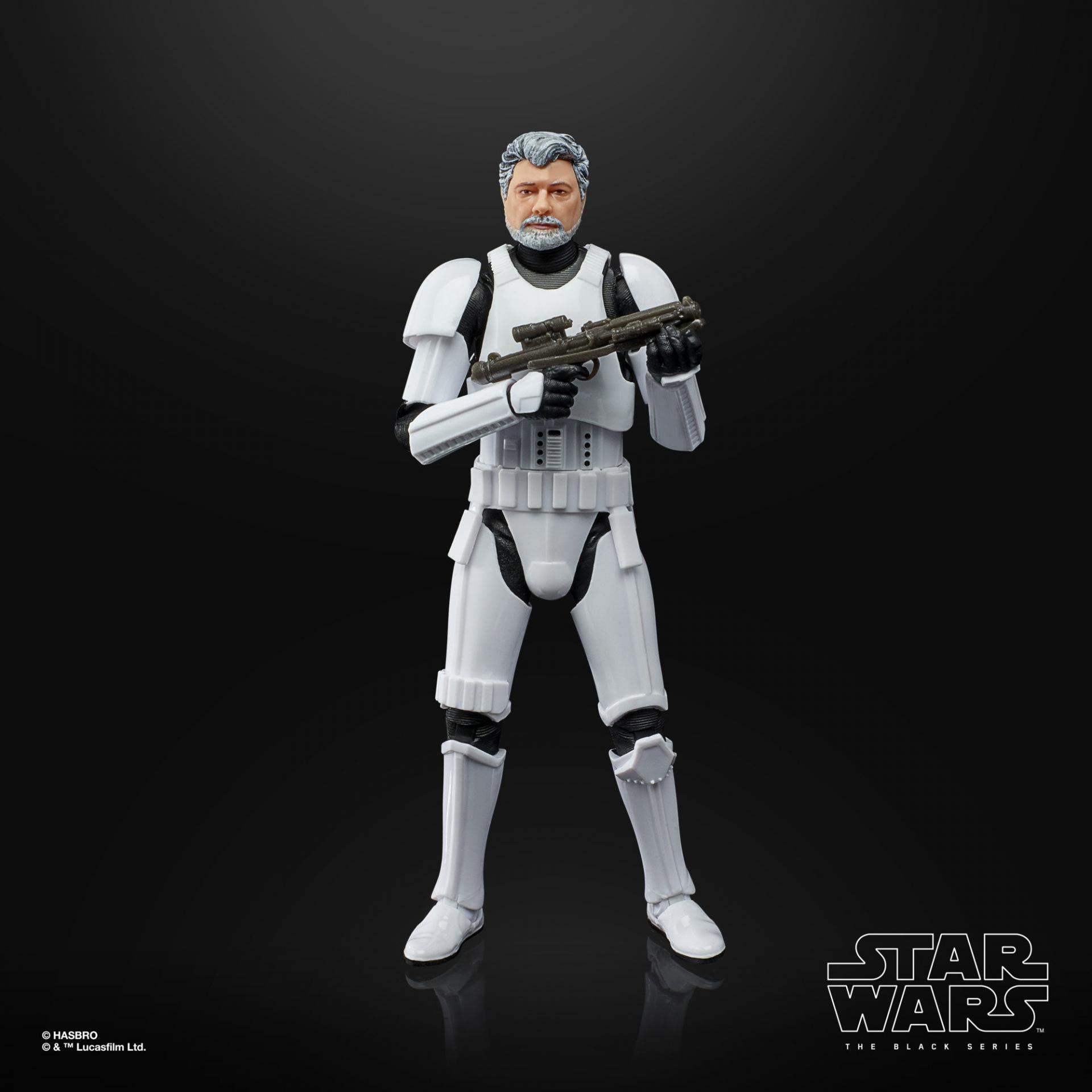 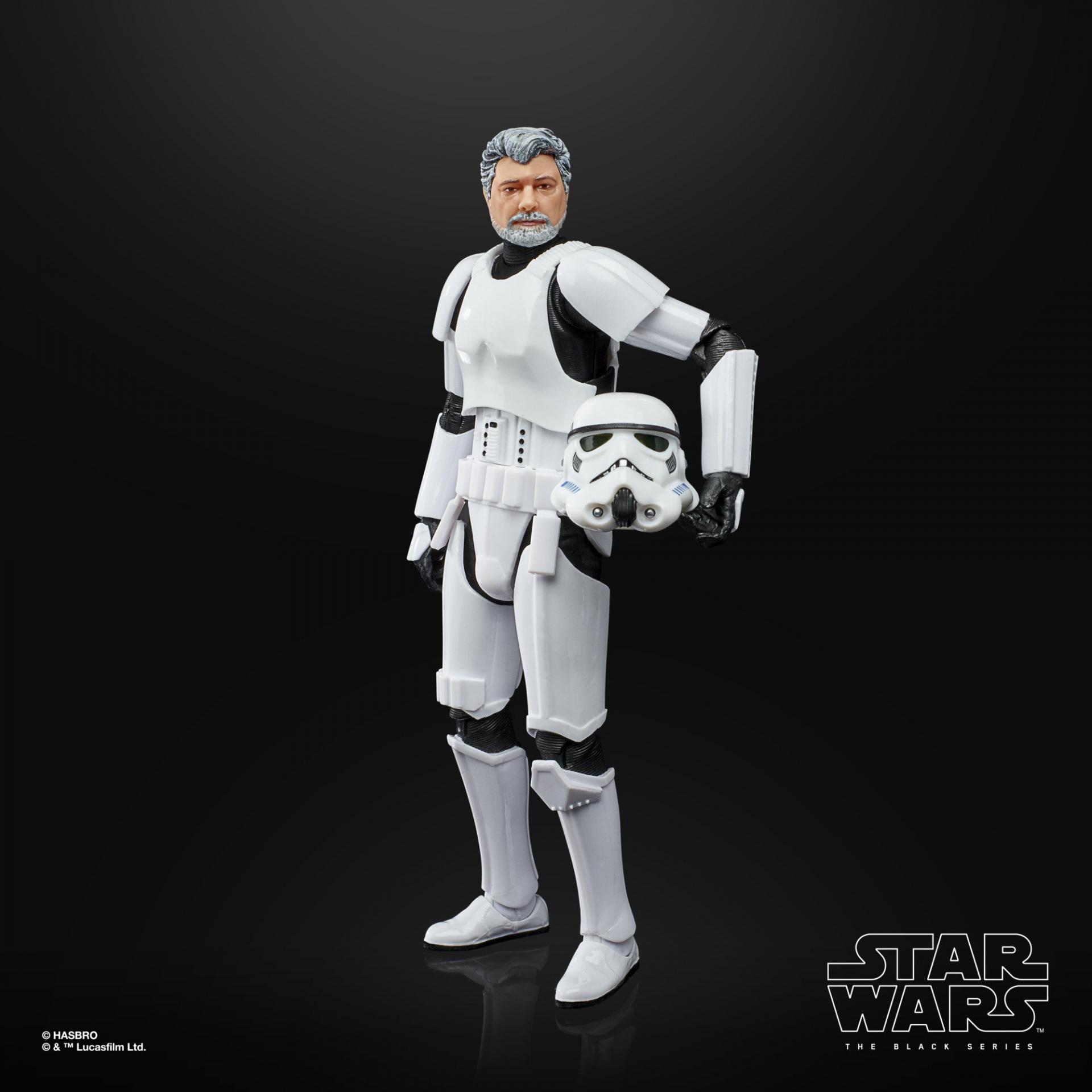 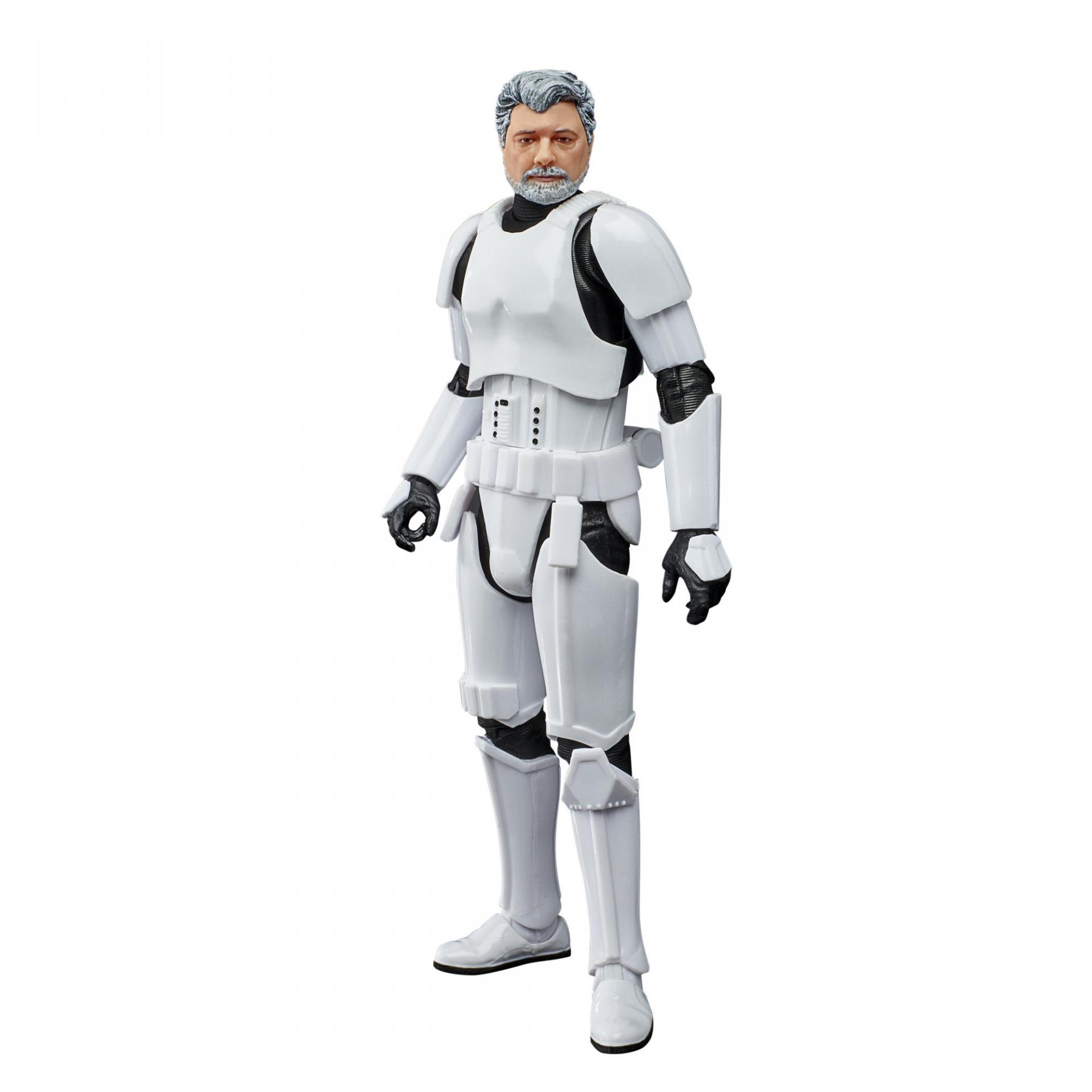 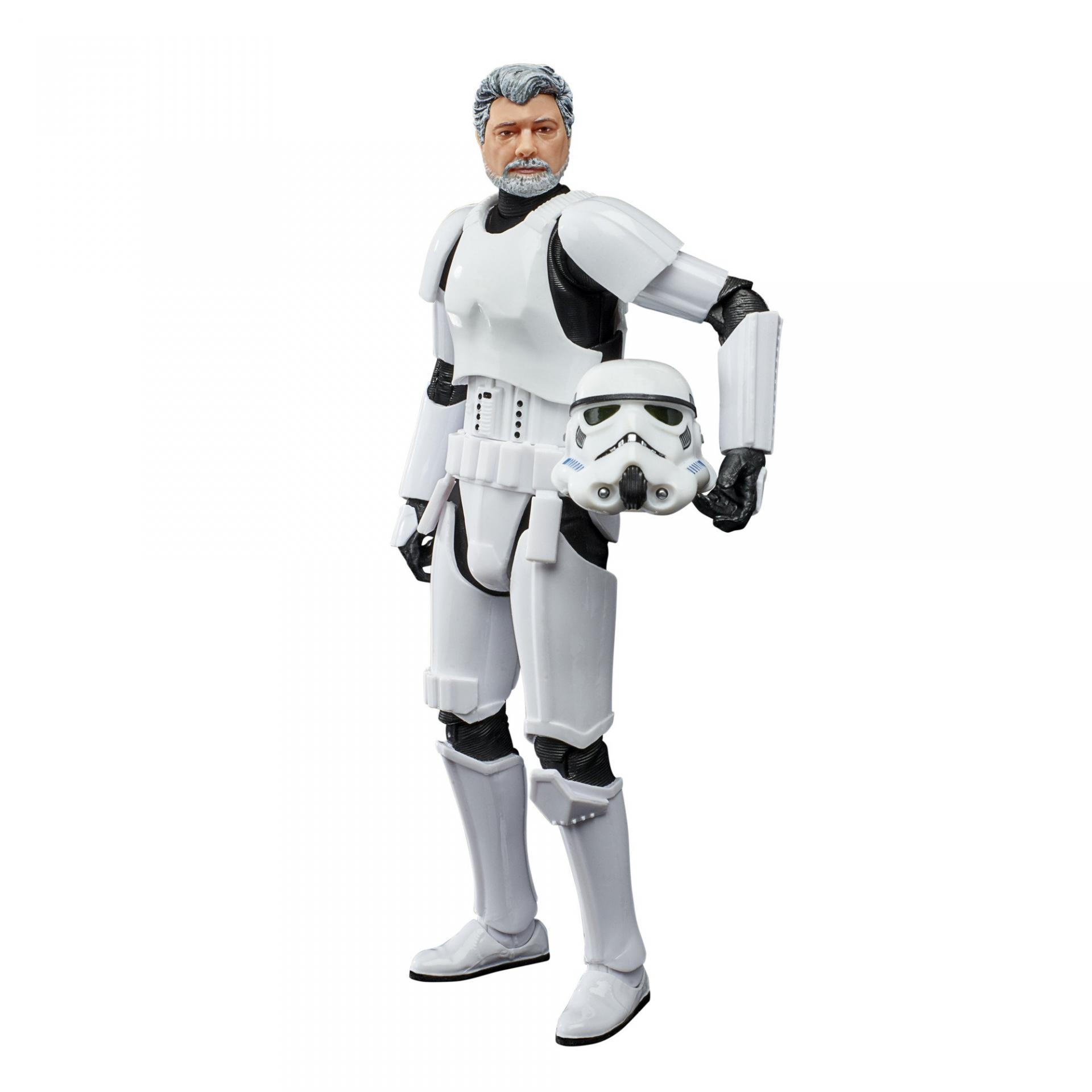 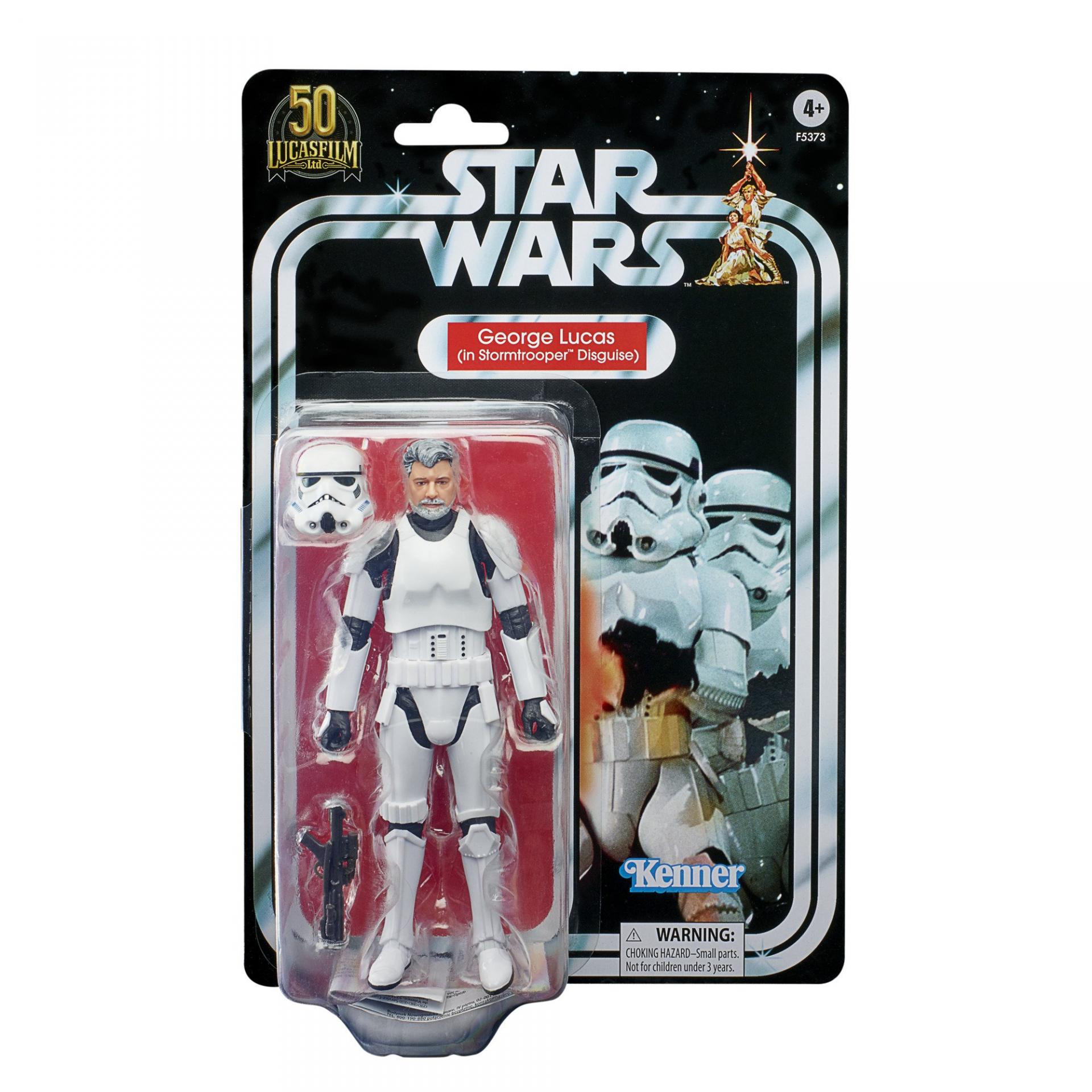 We pay homage to George Lucas and his remarkable achievements in film as the director himself, dressed in the distinctive armor of the Imperial stormtrooper.

Kids and collectors can imagine the greatest battles and missions in the Star Wars saga with figures from Star Wars The Black Series! With exquisite features and decoration, this series embodies the quality and realism that Star Wars enthusiasts love. Star Wars The Black Series includes figures, vehicles, and role-play items from Star Wars Galaxy's 50-year legacy, including comics, movies, and animated series. (Additional products sold separately. Subject to availability.)

The Black Series 6-inch-scale figure is detailed to look like George Lucas if he were wearing a Stormtrooper disguise, with premium detail and multiple points of articulation.