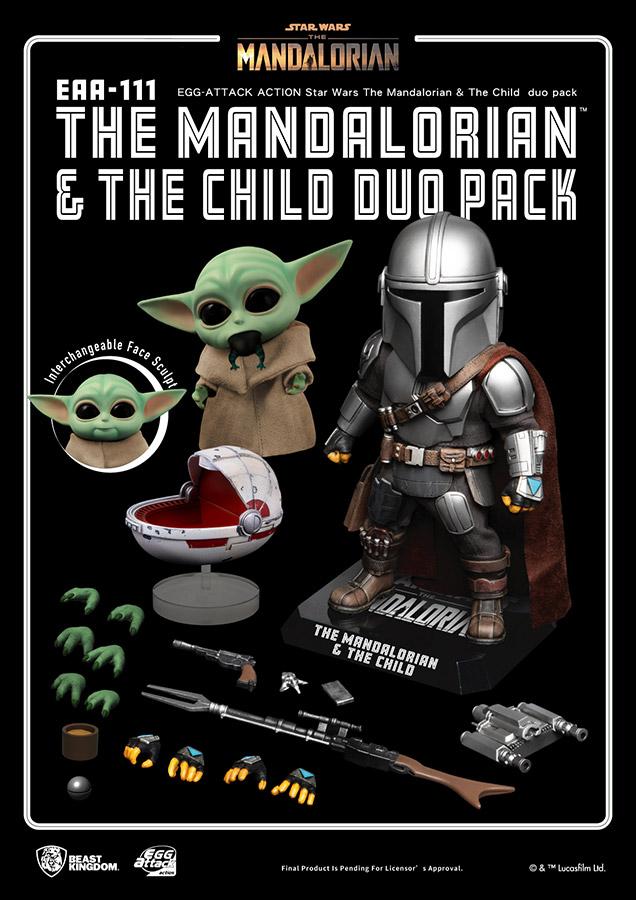 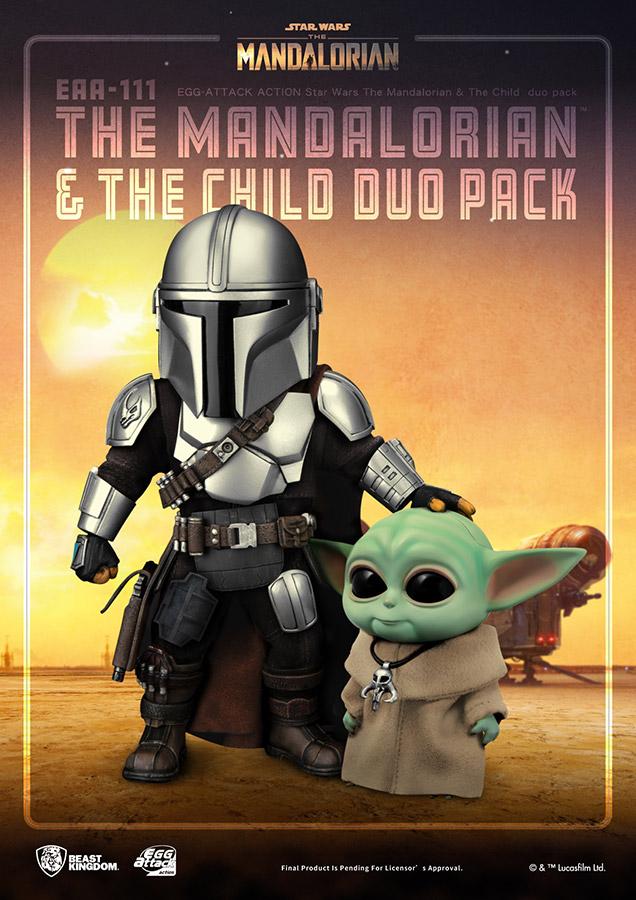 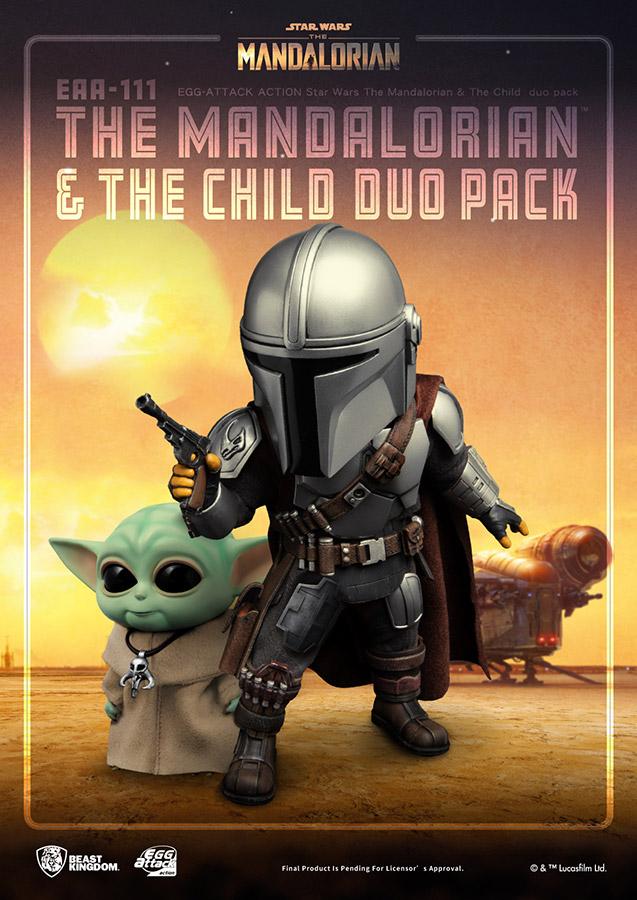 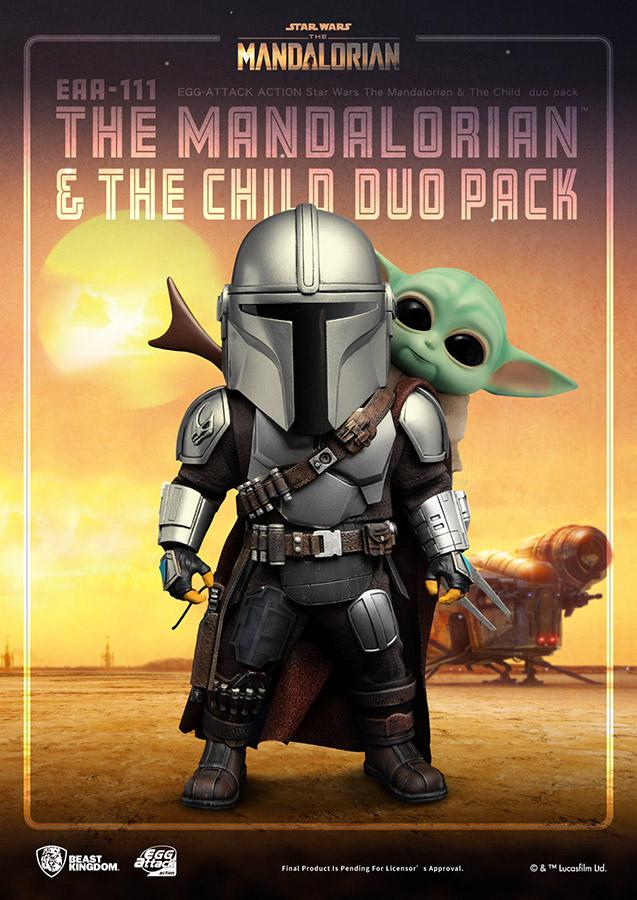 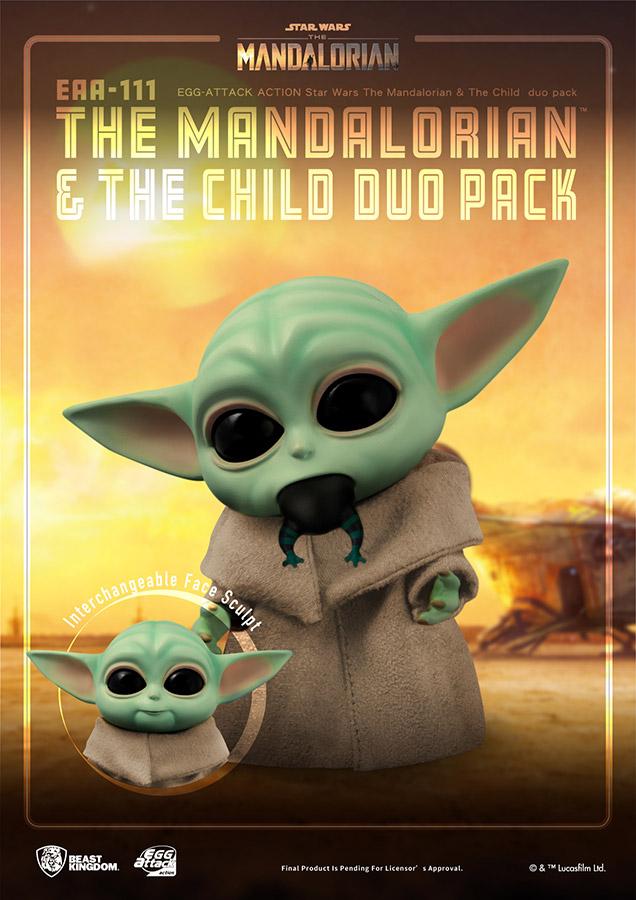 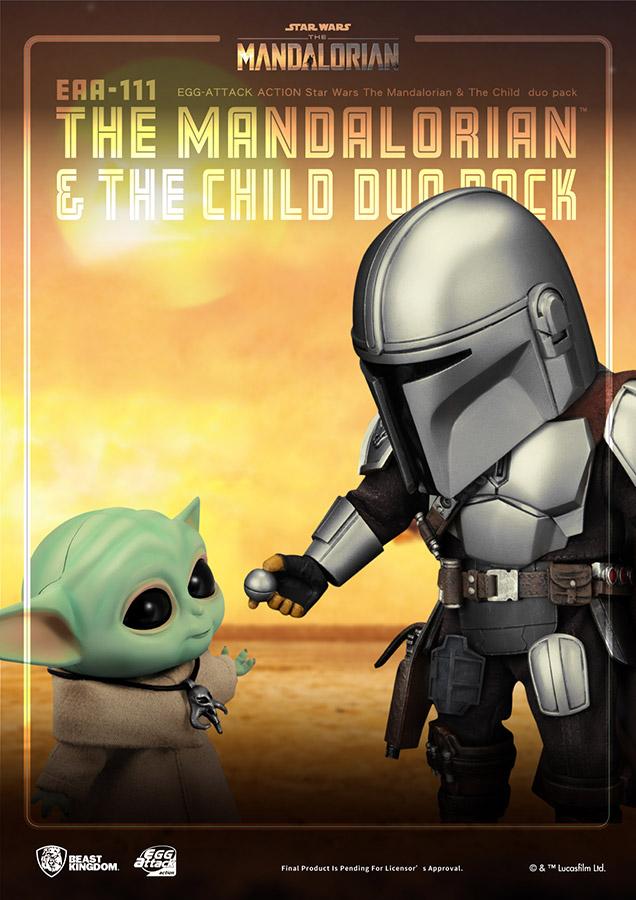 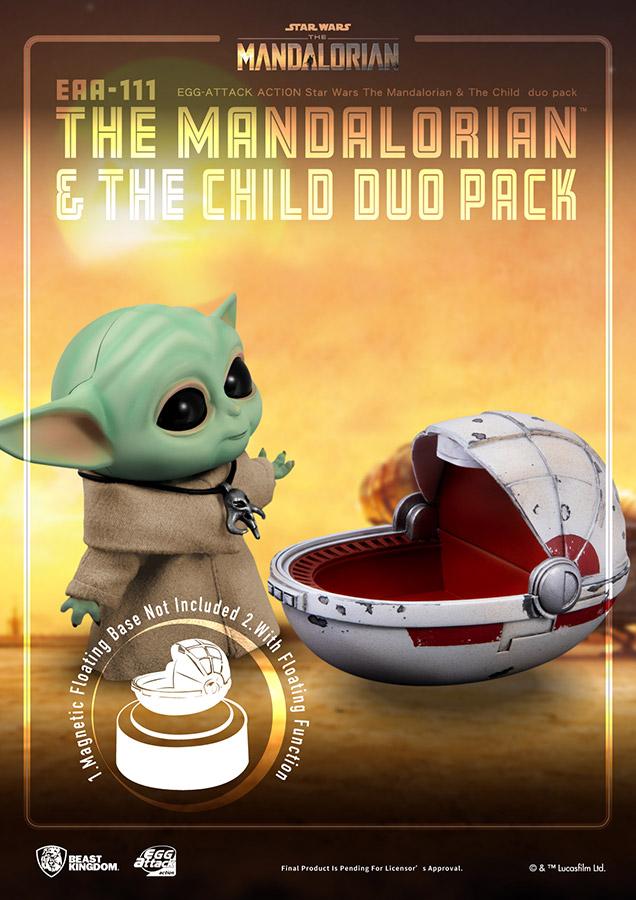 The Mandalorian, a new original Disney+ adventure from the world of Star Wars, tells the tales and escapades of the bounty hunter, known only as Mando! On a quest to save the adorable‘Child’, the Mandalorian must fight intergalactic foes, and unearth the truth behind The Empire’s latest conquests!

The EAA series of highly articulable, 6-inch action figures by Beast Kingdom is back once again with a pair of new Star Wars sets for fans of the Mandalorian. The kitted out bounty hunter is paired with a bevy of accessories fit to take on The Empire and its legions of Storm Troopers. Accompanying the Mandalorian is none other than the hit sensation ‘The Child’, or as affectionately known by fans as ‘Baby Yoda’, the pint sized star full of cuteness!

The Mandalorian set, made with years of experience in licensed figure manufacturing, includes real fabric for the clothing, as well as a detailed recreation of the armor and weapons. With Baby Yoda, the bulging, adorable eyes are accurately recreated with two face sculpts for customization. Finally the deluxe version include the now infamous levitating stroller. A perfect addition to have by Mando’s side!