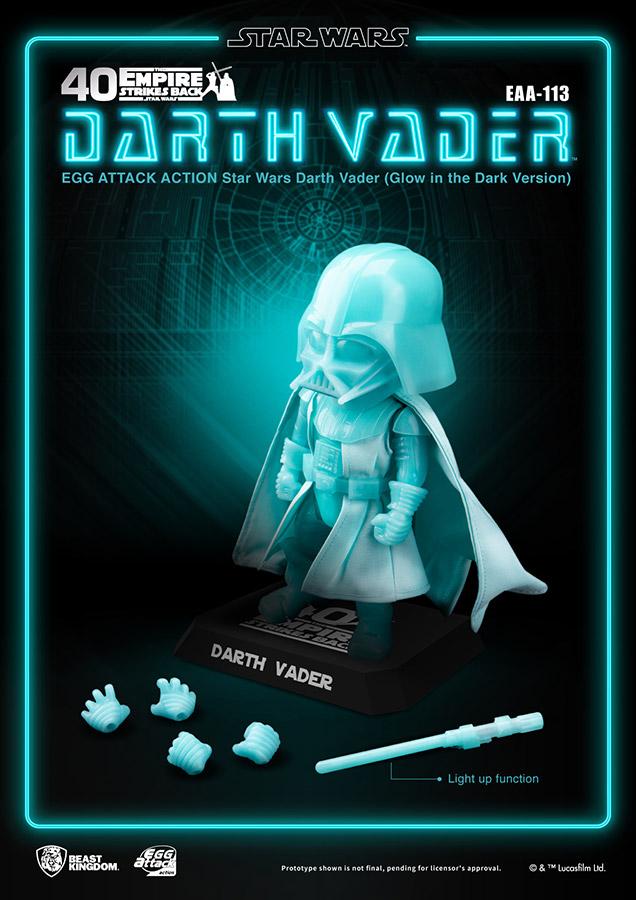 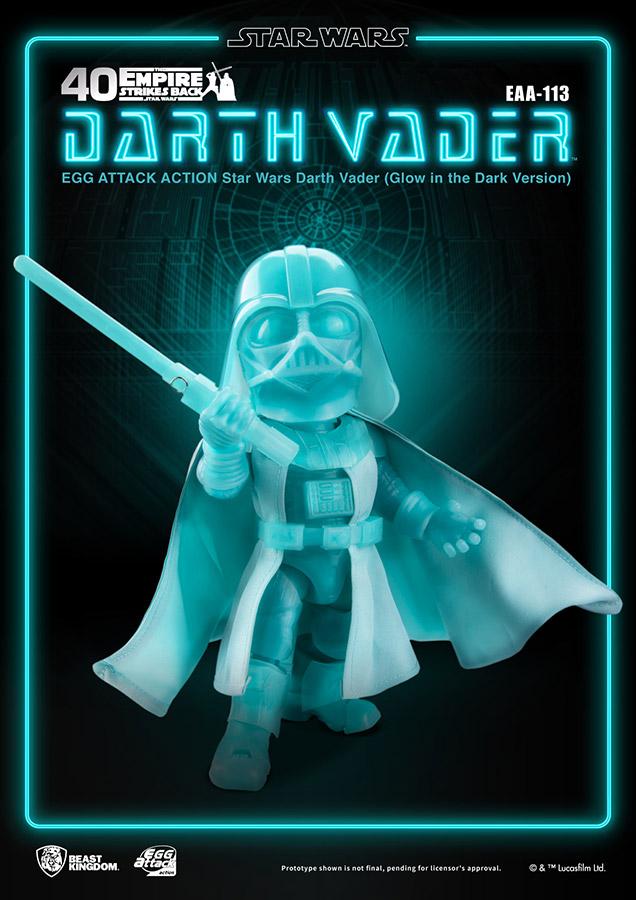 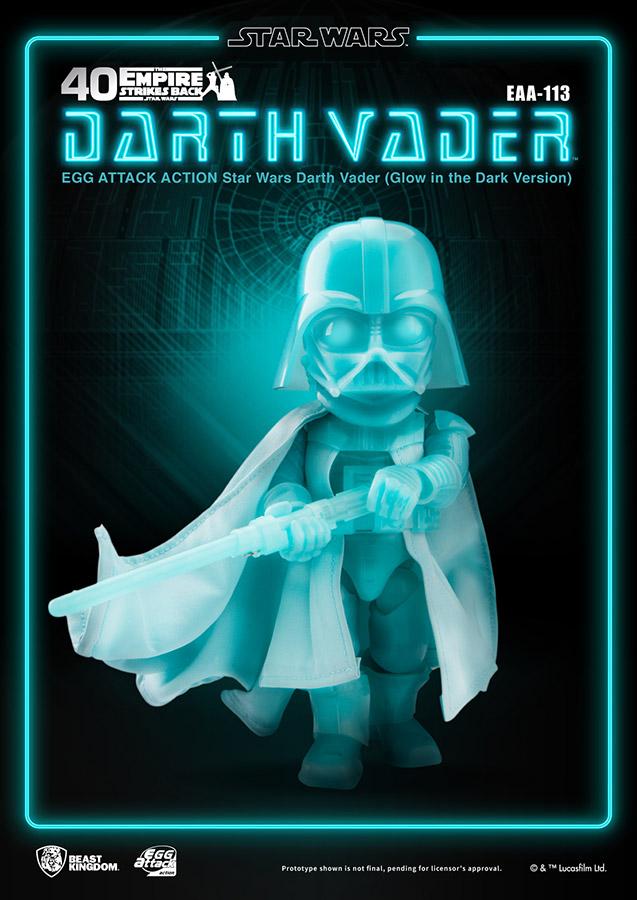 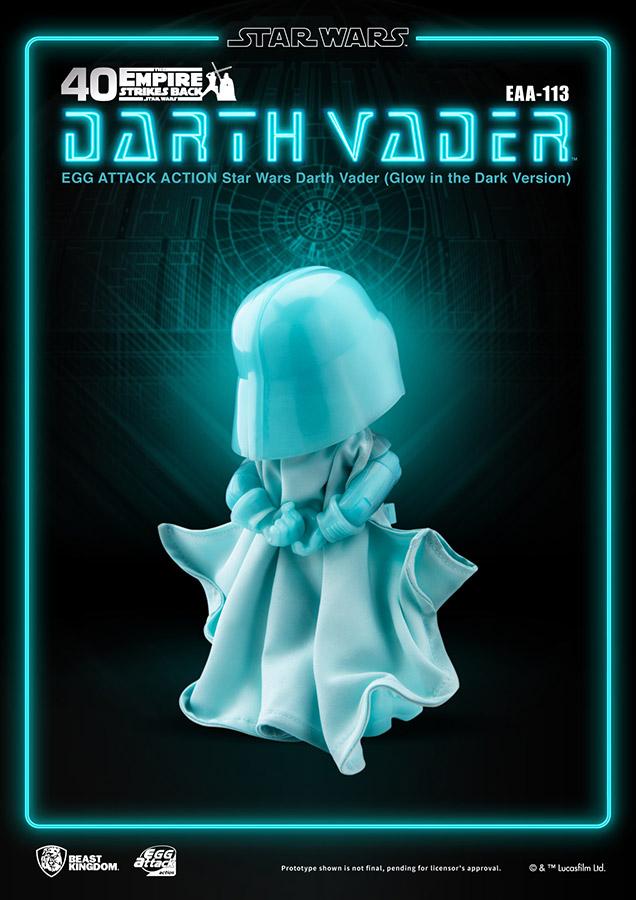 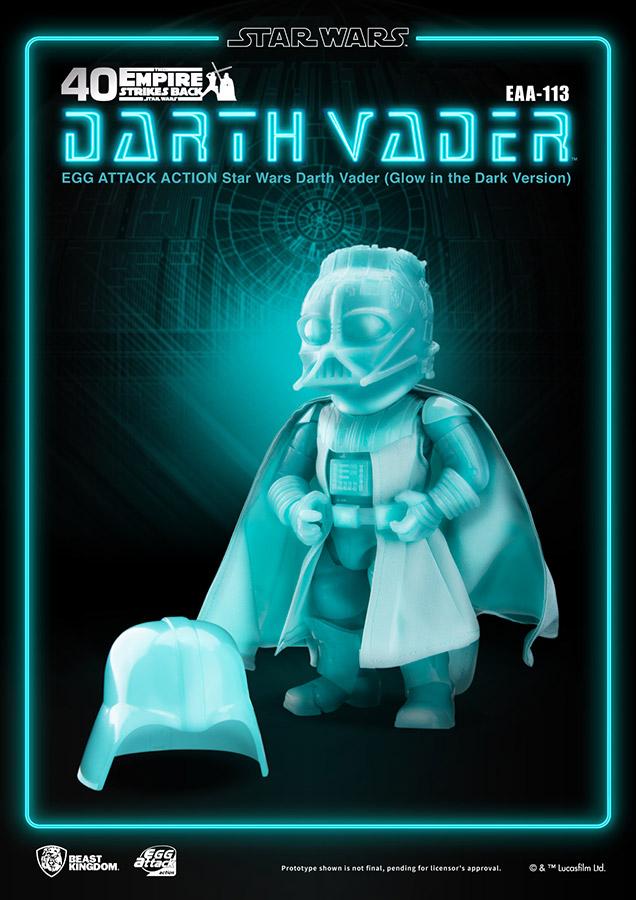 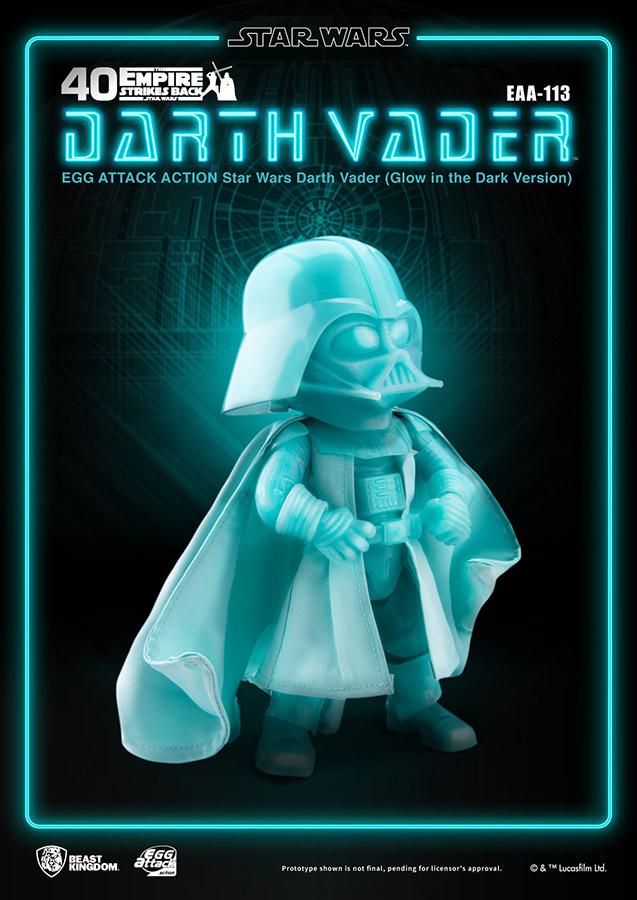 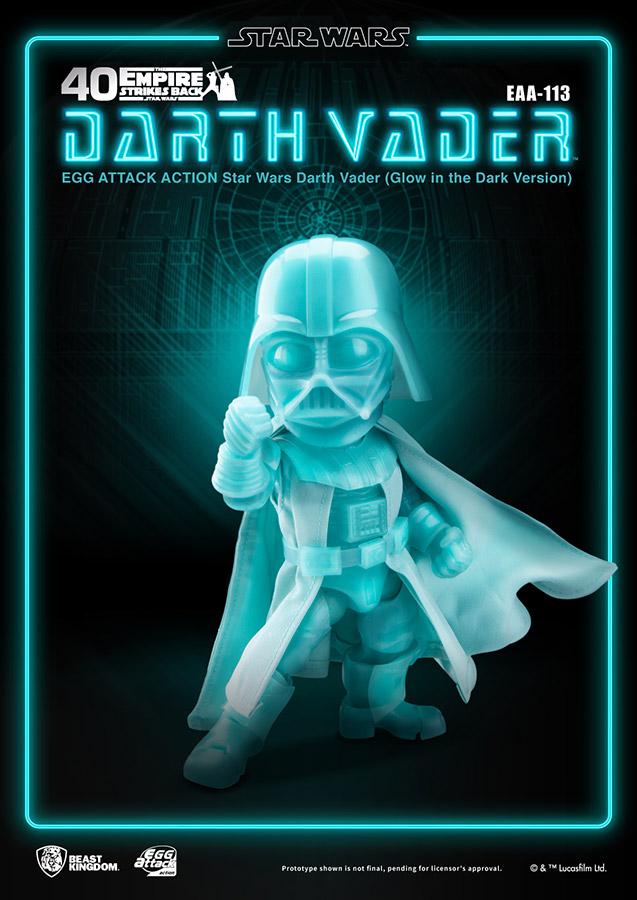 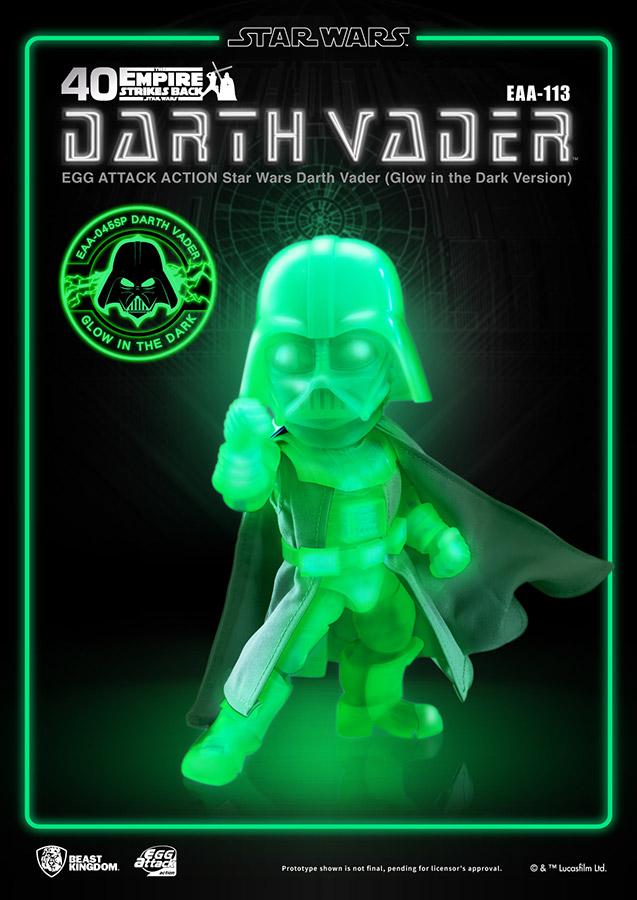 The Empire Strikes Back, one of the most celebrated entries in the Star Wars saga celebrates its 40th anniversary this year. What better way to commemorate  than to take home arguably the most celebrated villain in movie history; Darth Vader. Beast Kingdom, ‘The Entertainment Experience Brand’ takes you on a journey to a galaxy far, far away where figures from the galactic empire get to enjoy a special type of glow in the dark magic from the ‘Dark Side of The Force’! The 6-inch, highly articulable Darth Vader EAA-113 Glow In The Dark Version is an updated figure with many different light up functions.

Taking the dark side to a new level, the figure is not only completely glow in the dark itself,  but also has a battery operated LED function in the chest, as well as the lightsaber (batteries for lightsaber sold separately). The three pairs of replaceable hands, as well as a wired cloak gives collectors a bevy of options for posing. This figure is one not to miss, and is the perfect companion to the Beast Kingdom selection of Star Wars action figures!