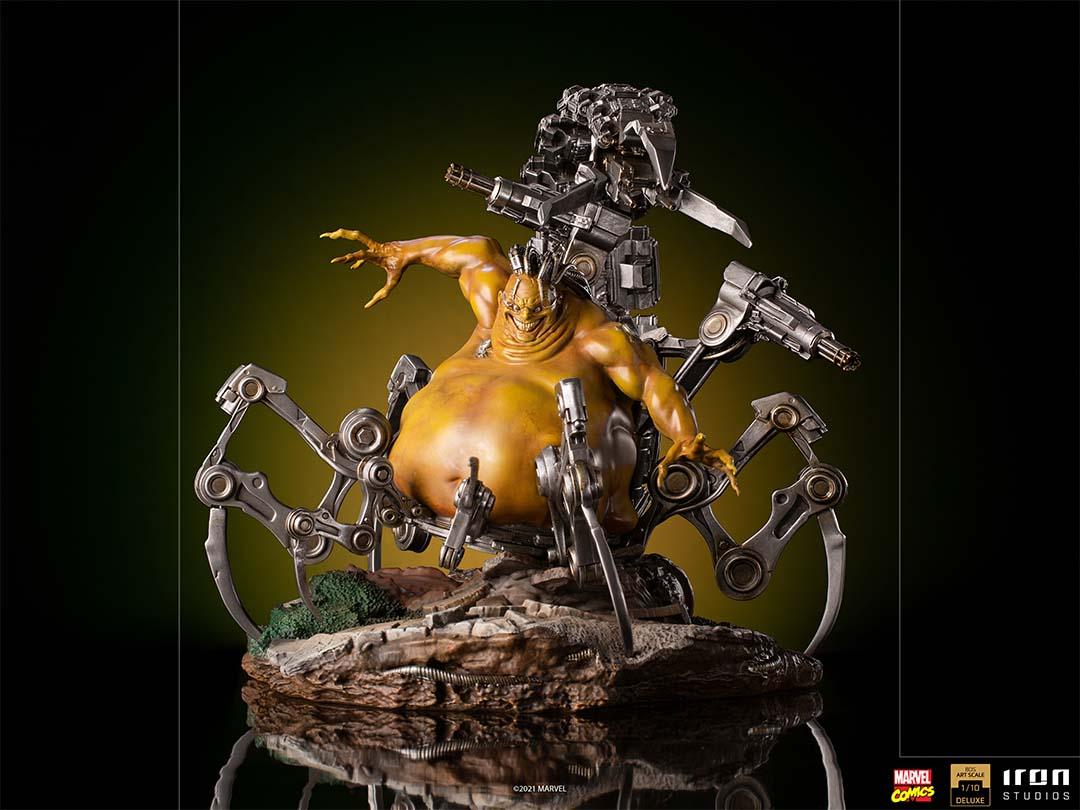 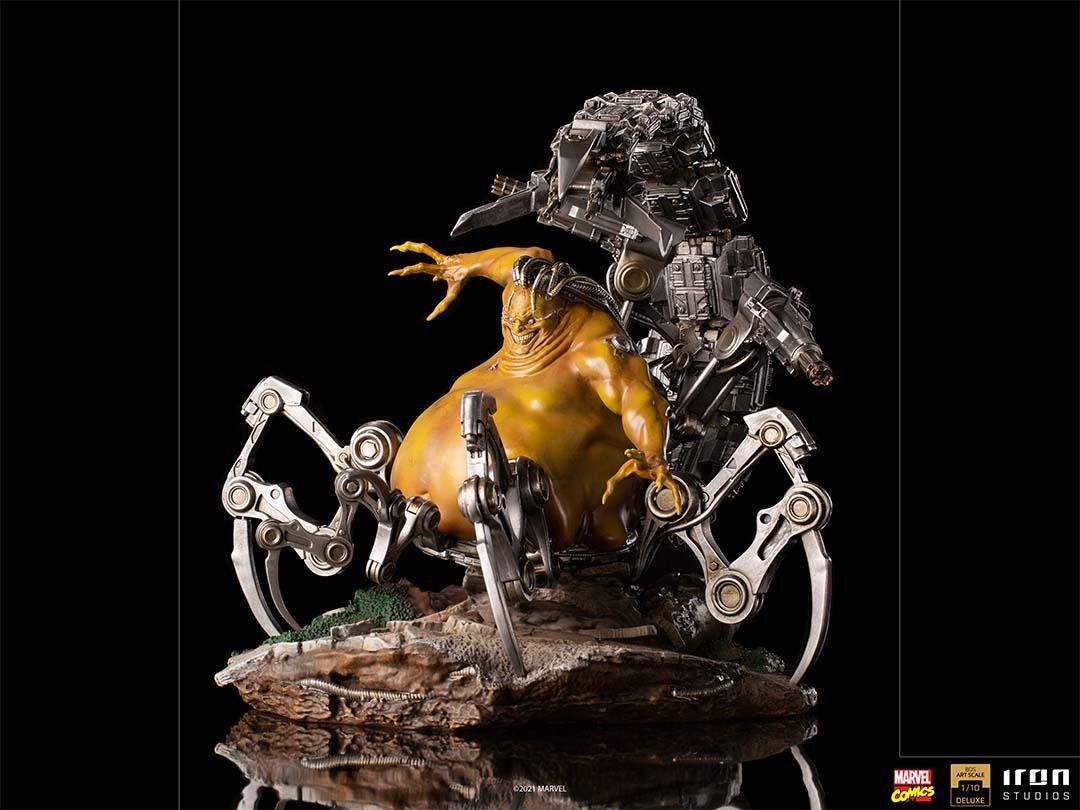 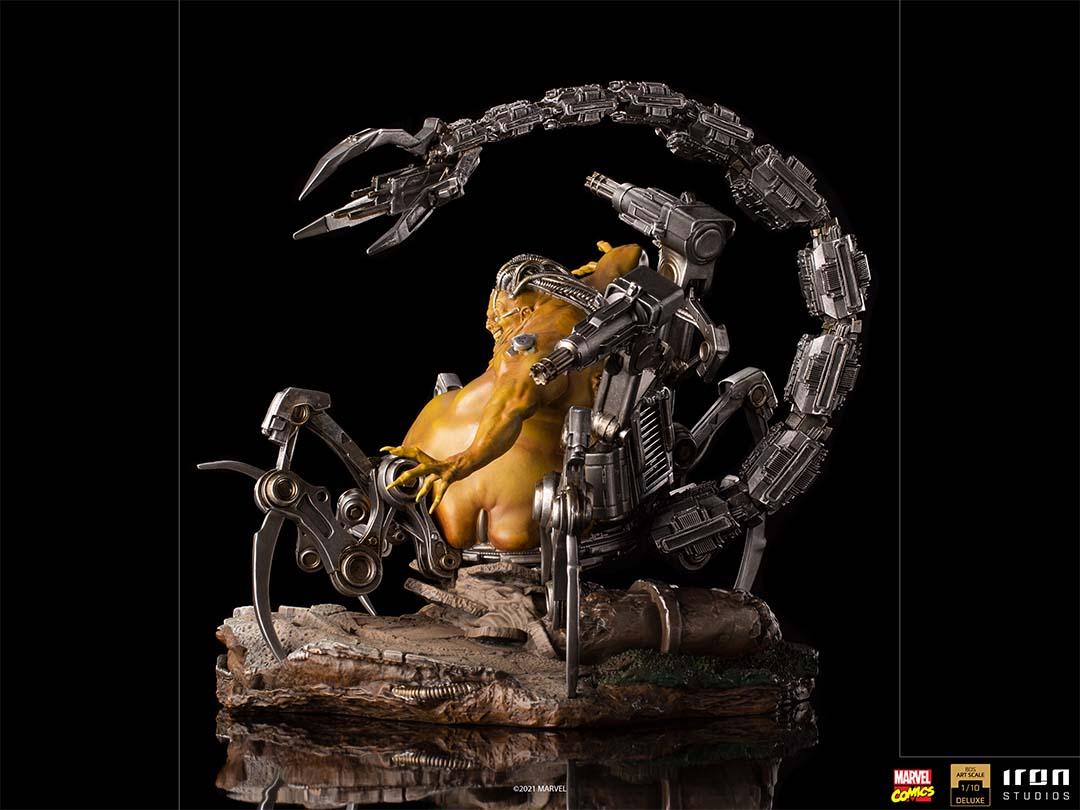 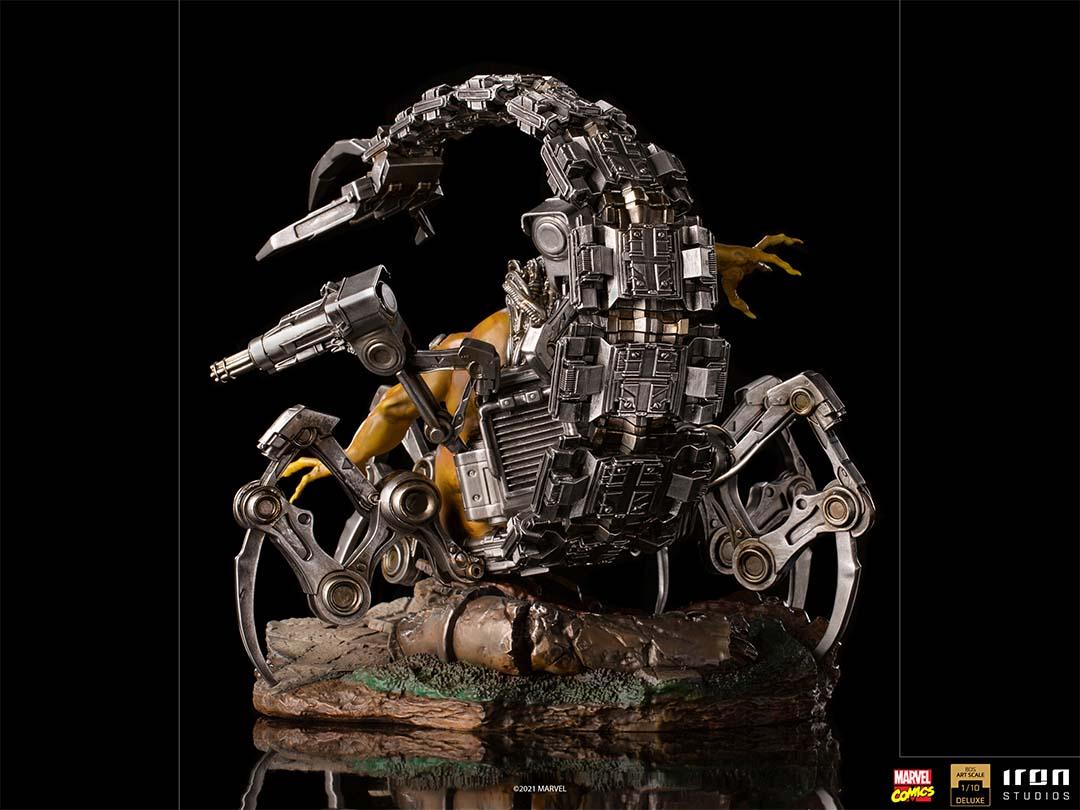 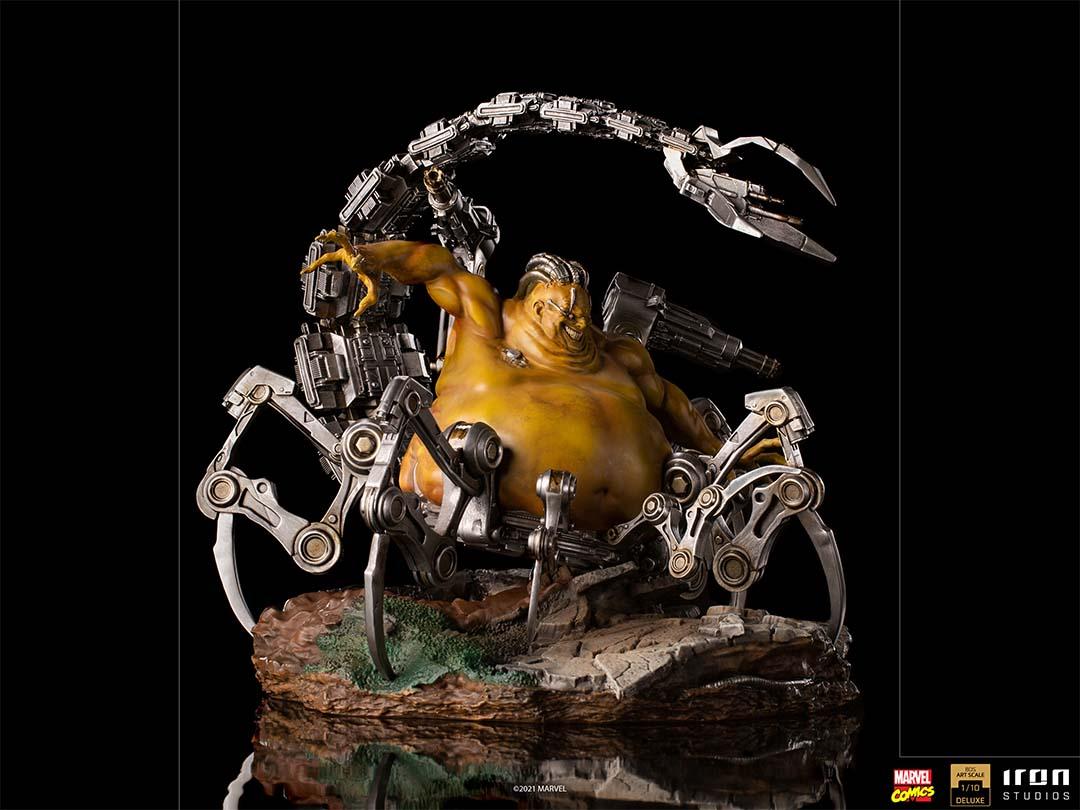 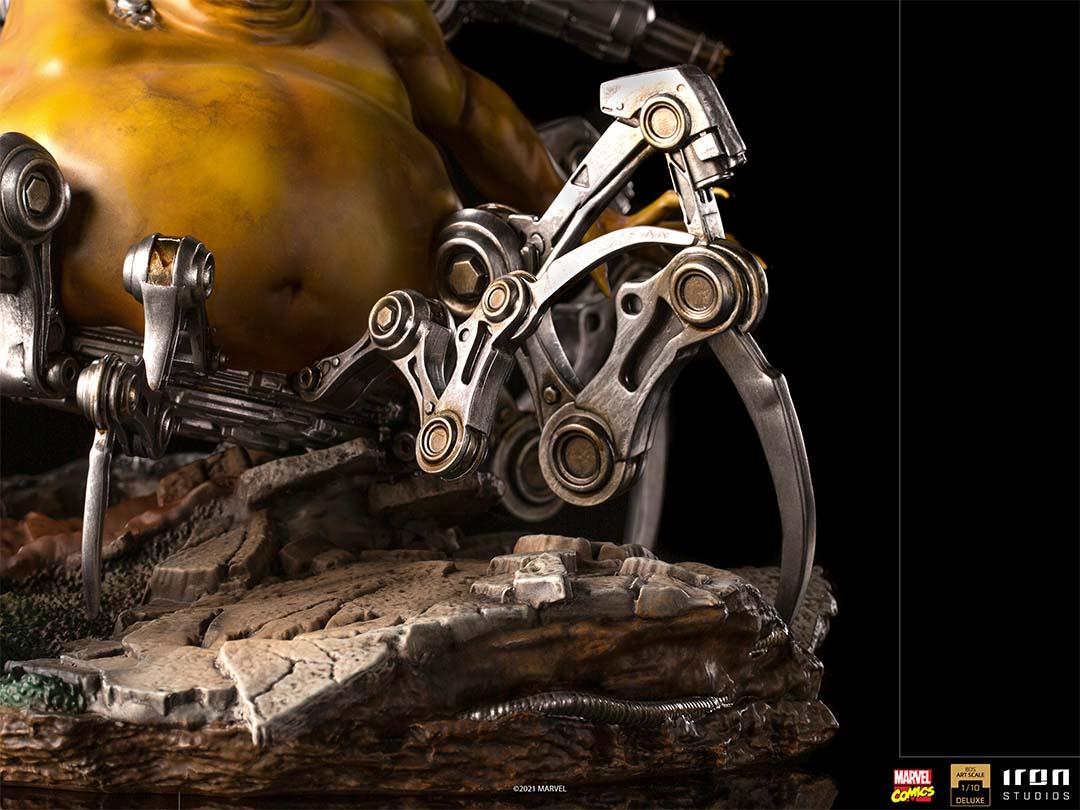 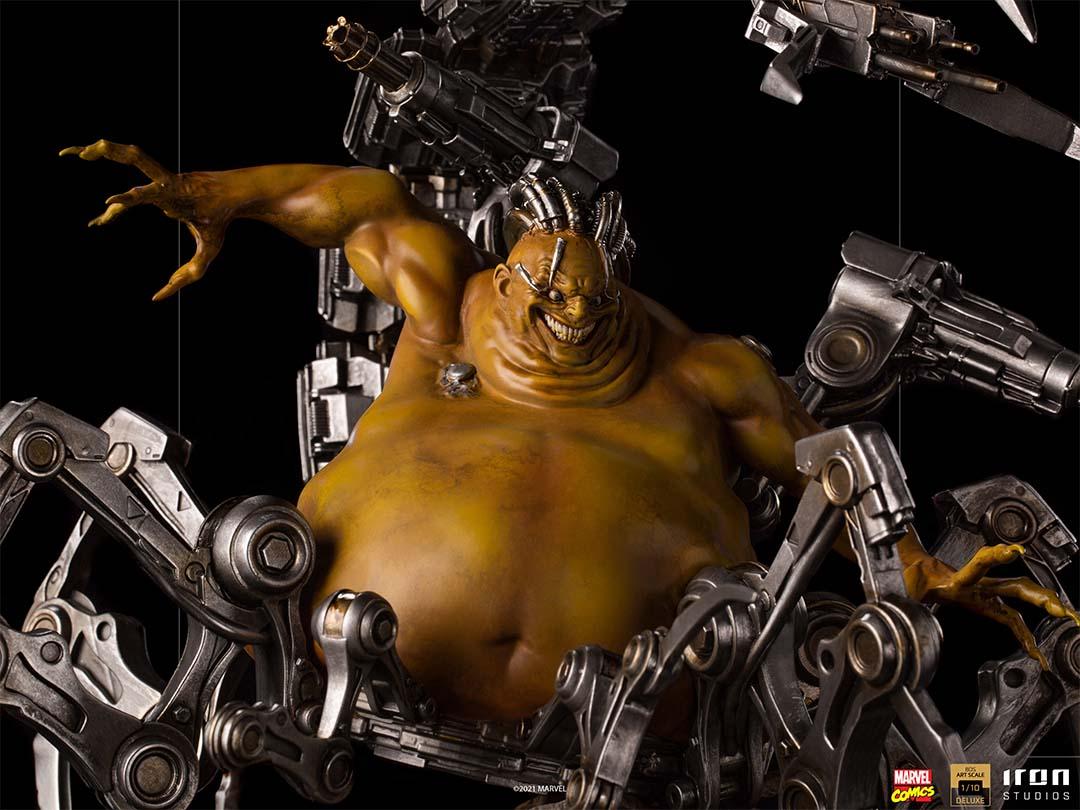 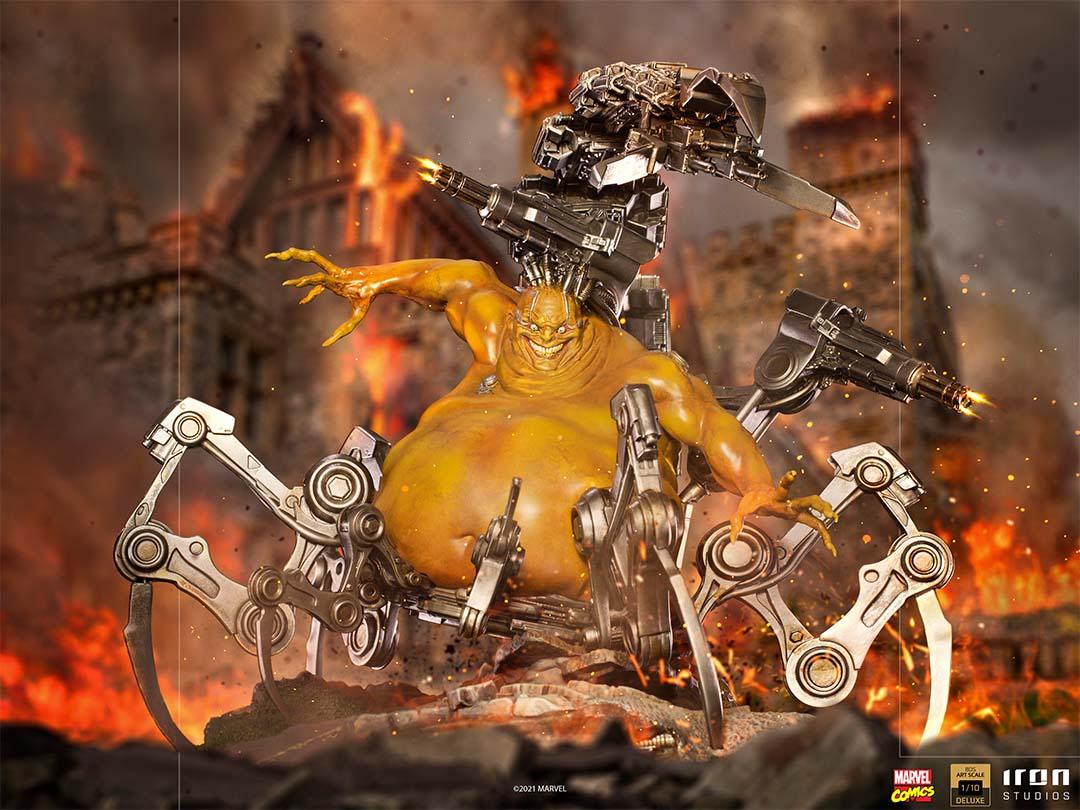 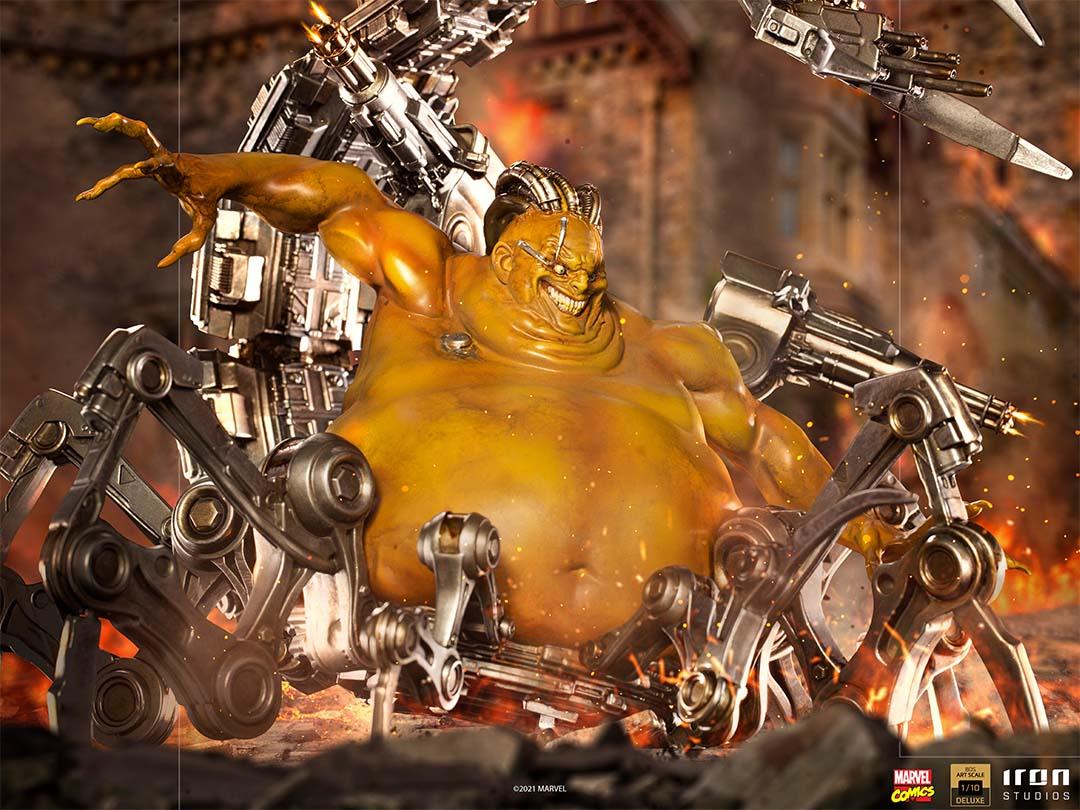 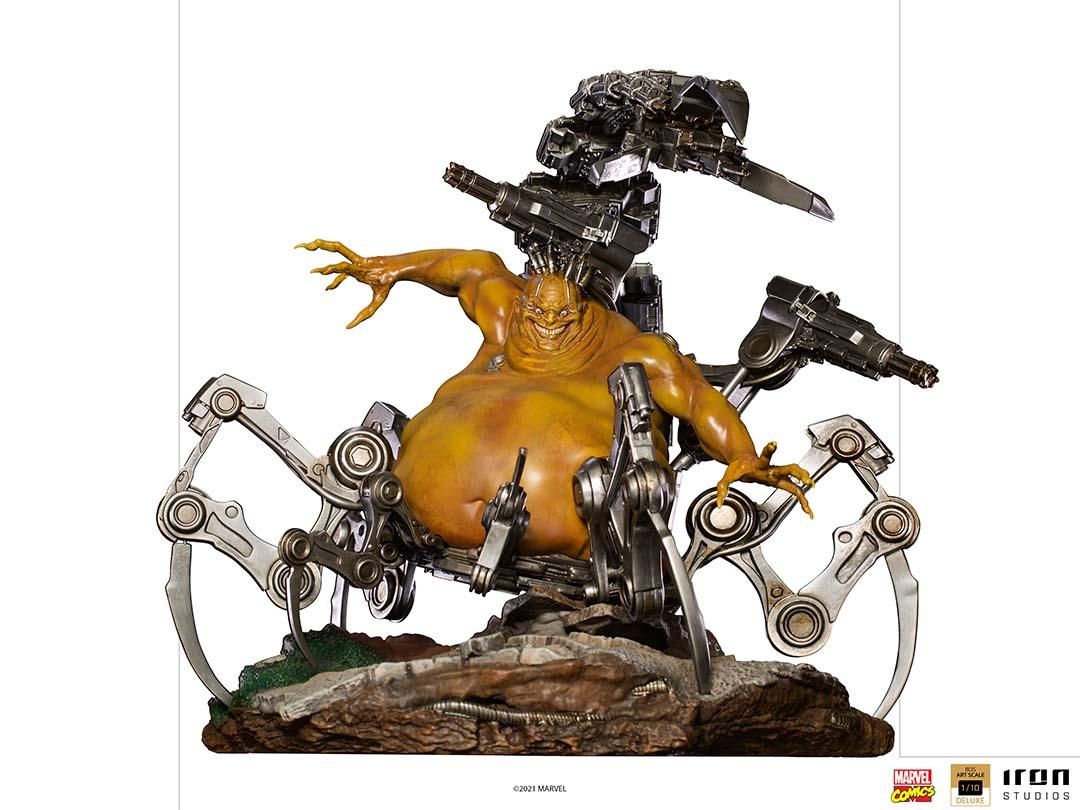 As if coming straight out of a nightmare, a beefy, misshapen, yellow-skinned being moves like an arachnid. Moved by mechanical legs that protrude from a motorized platform to transport its obese body, and supported by a metal tail, in place of its spine, much like a scorpion, while the tip of its tail releases resources deadly, with claws and a particle beam weapons. A formidable interdimensional wizard, master of manipulation and machinist of his universe, he advances, atop a base that resembles the gardens of Mansion X, alongside other mutant supervillains, in a diorama setting, alongside Magneto and Robots Sentinels against the X-Men. For fans and collectors, the size that adds its name, Iron Studios proudly presents its "Mojo - X-Men - BDS Art Scale 1/10" statue.

Mojo is part of a humanoid race called the Spineless Ones, derived from a planet later named after him known as Mojoworld. Located in a compact dimension called the Mojoverse, his species can mentally receive waves of television programs sent from Earth, which has driven these creatures crazy, having humans as demons or myths. Once a primitive society, because of one of their scientific geniuses, the Spineless Ones evolved very rapidly, technologically speaking, becoming addicted and driven by television entertainment. Taking advantage of this, the megalomaniac Mojo began to create and produce his shows using slaves as actors in dangerous situations, conquering power among his audience, and becoming the ruler and absolute leader. A constant threat to the X-Men, as they were often kidnapped by Mojo just for fun. With this, he amplified his power.

Still having the help of her main agent, the dangerous Spiral, who will also have her statue from Iron Studios, and, along with Mojo, is already available for pre-order. Fans and collectors will be able to add another iconic Marvel villain from Iron Studios' X-Men collection to their collection. A beautiful range of 1/10 scale statues, which will also bring many new features, and increasingly attract the highest odds!