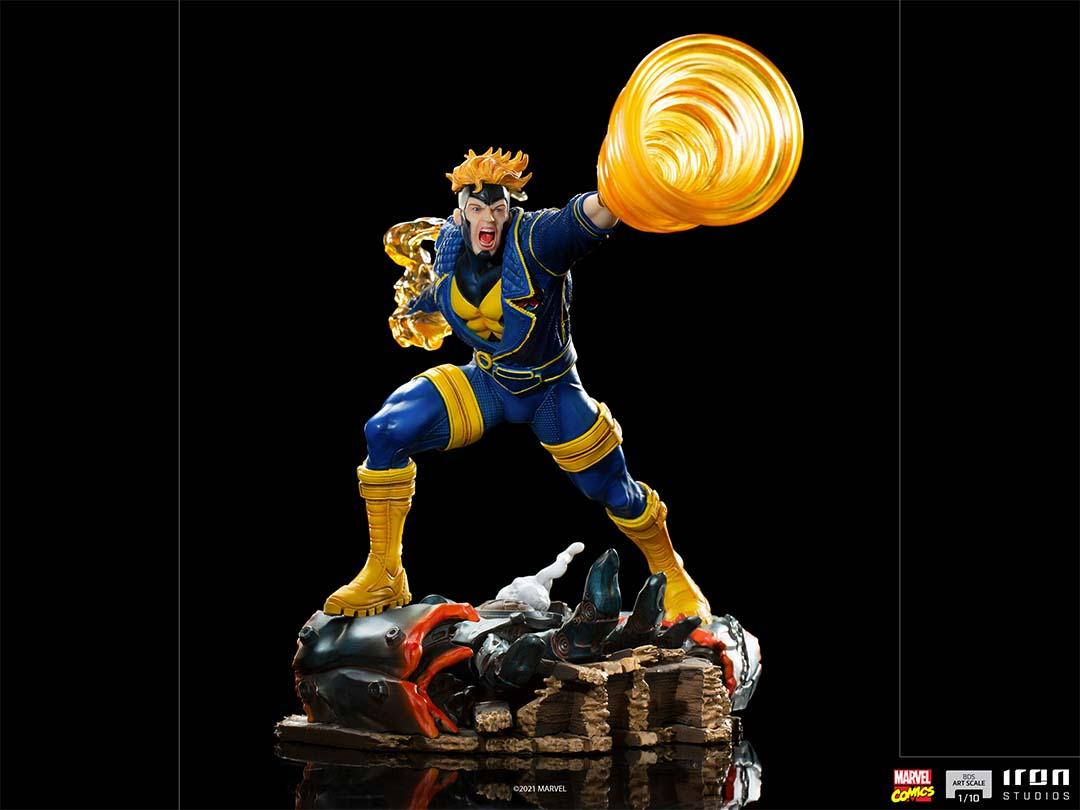 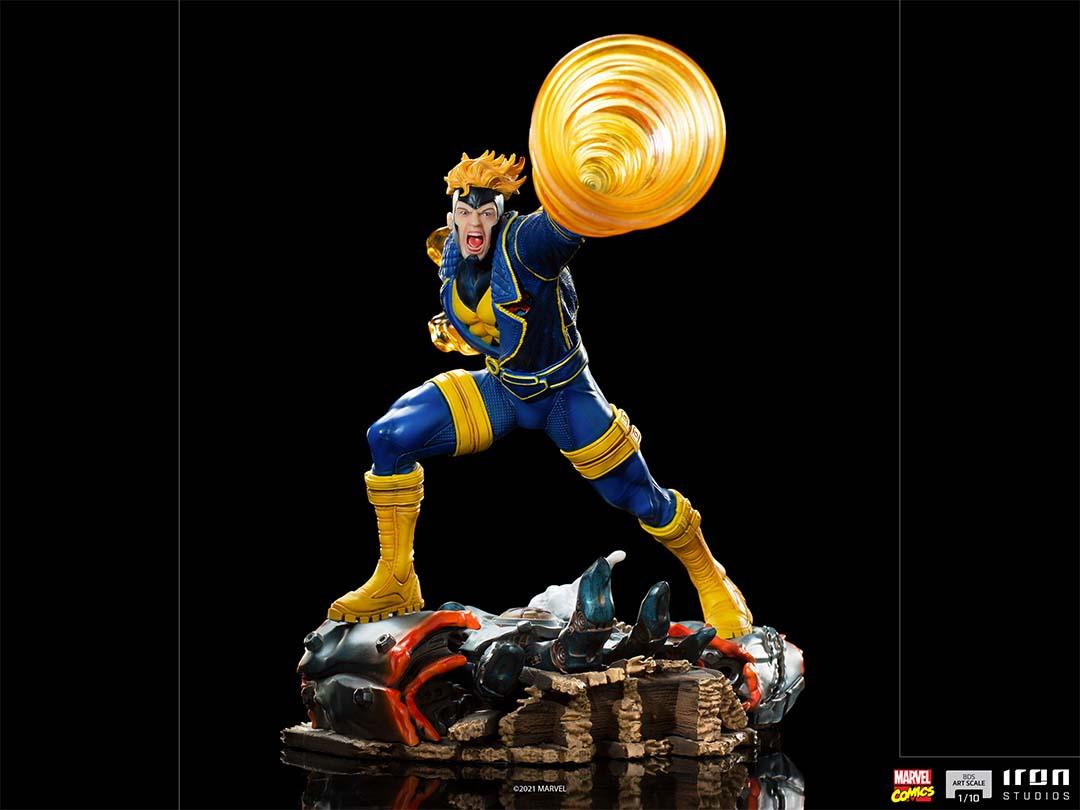 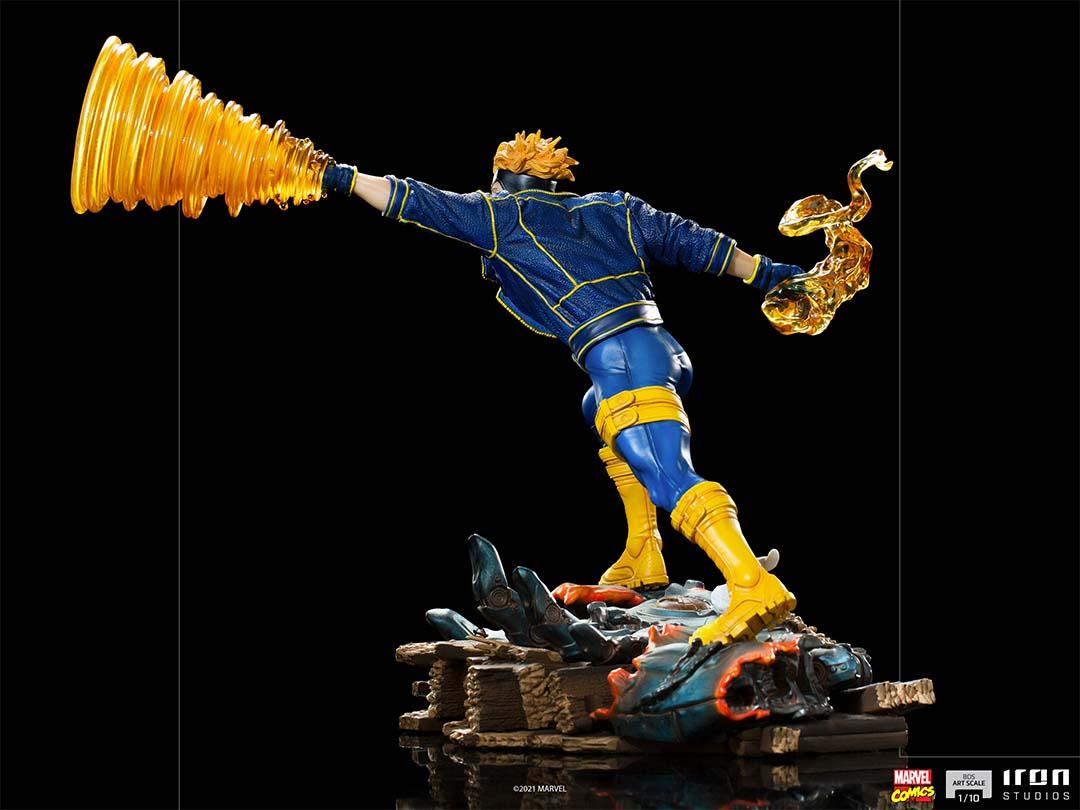 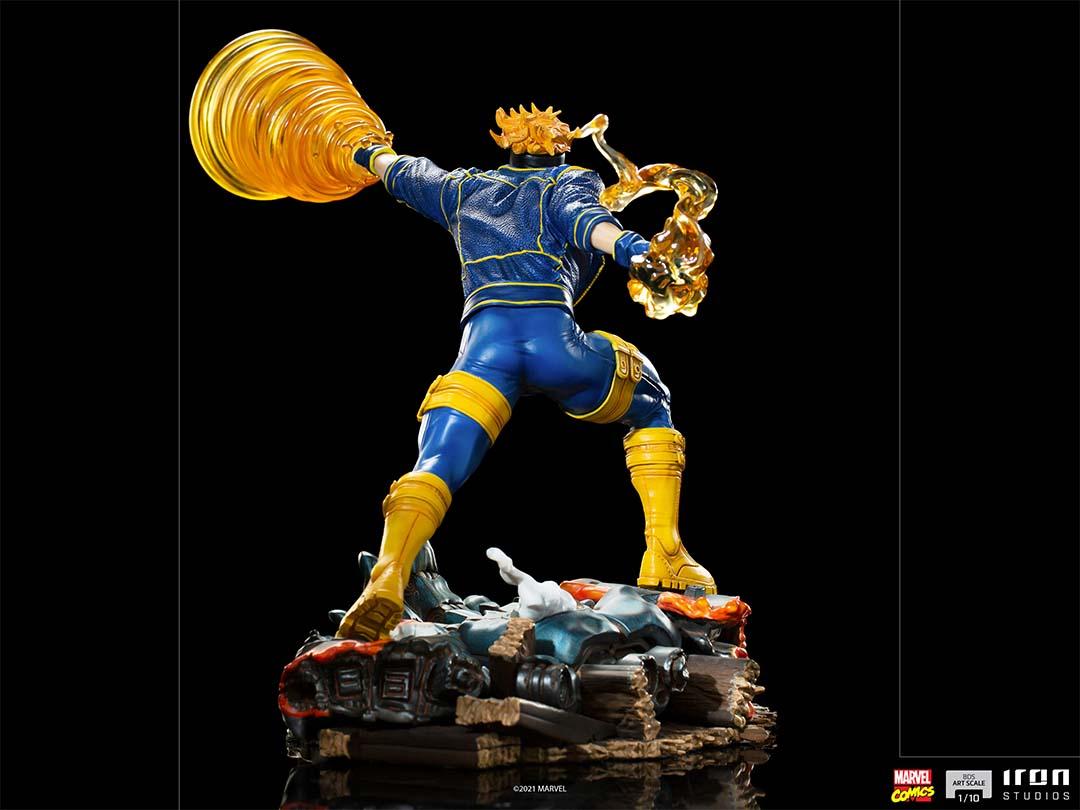 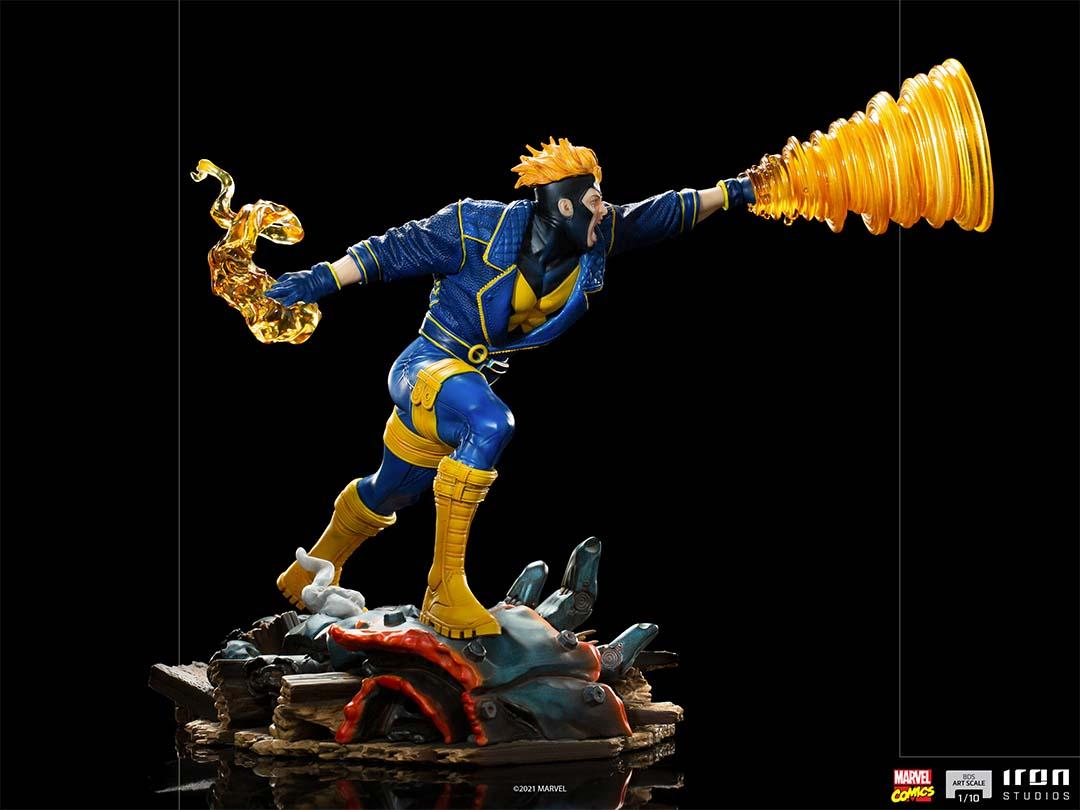 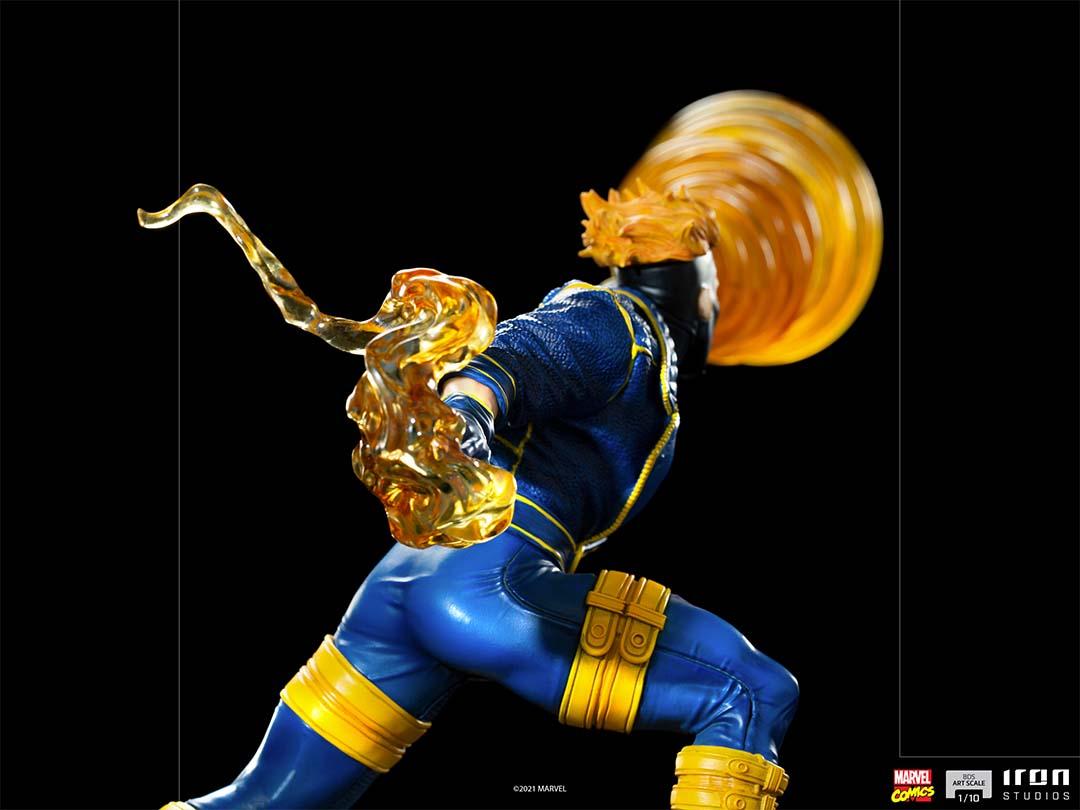 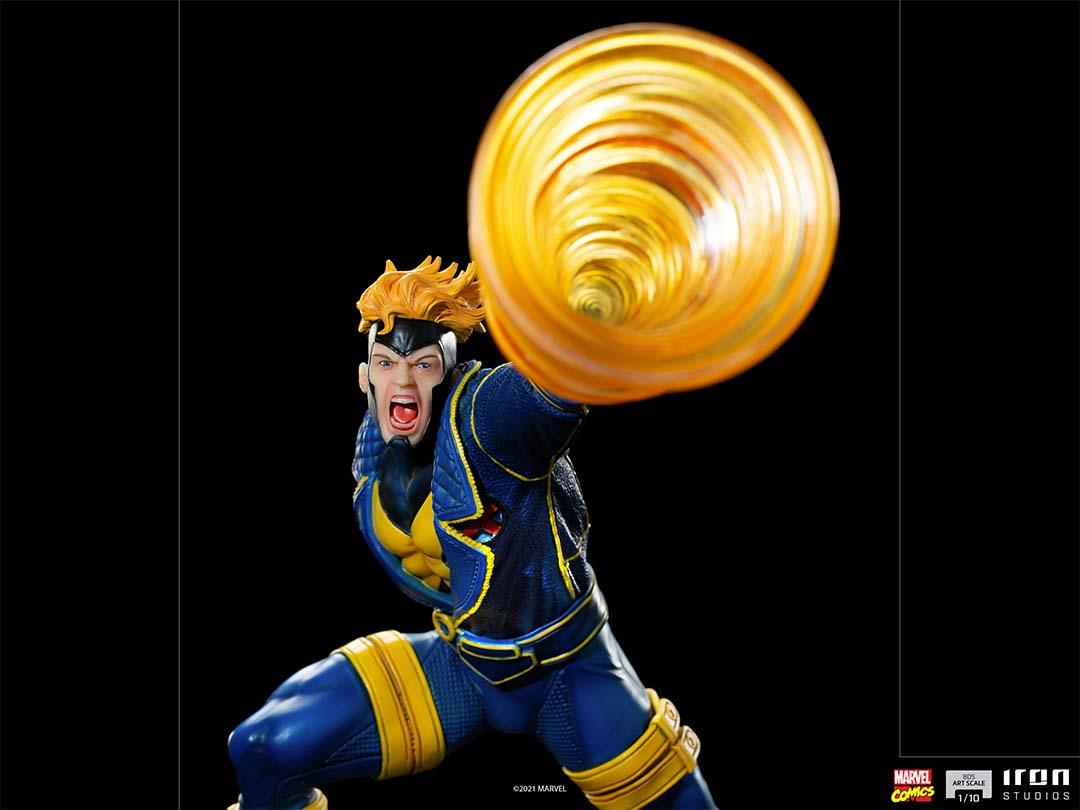 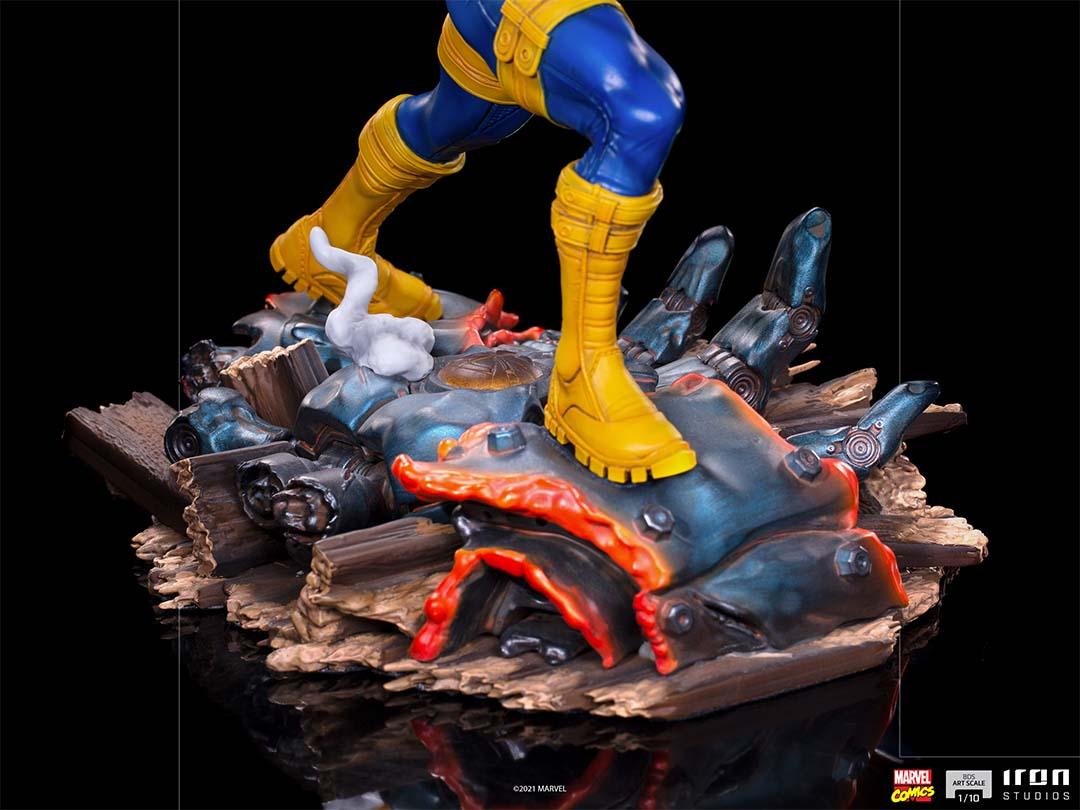 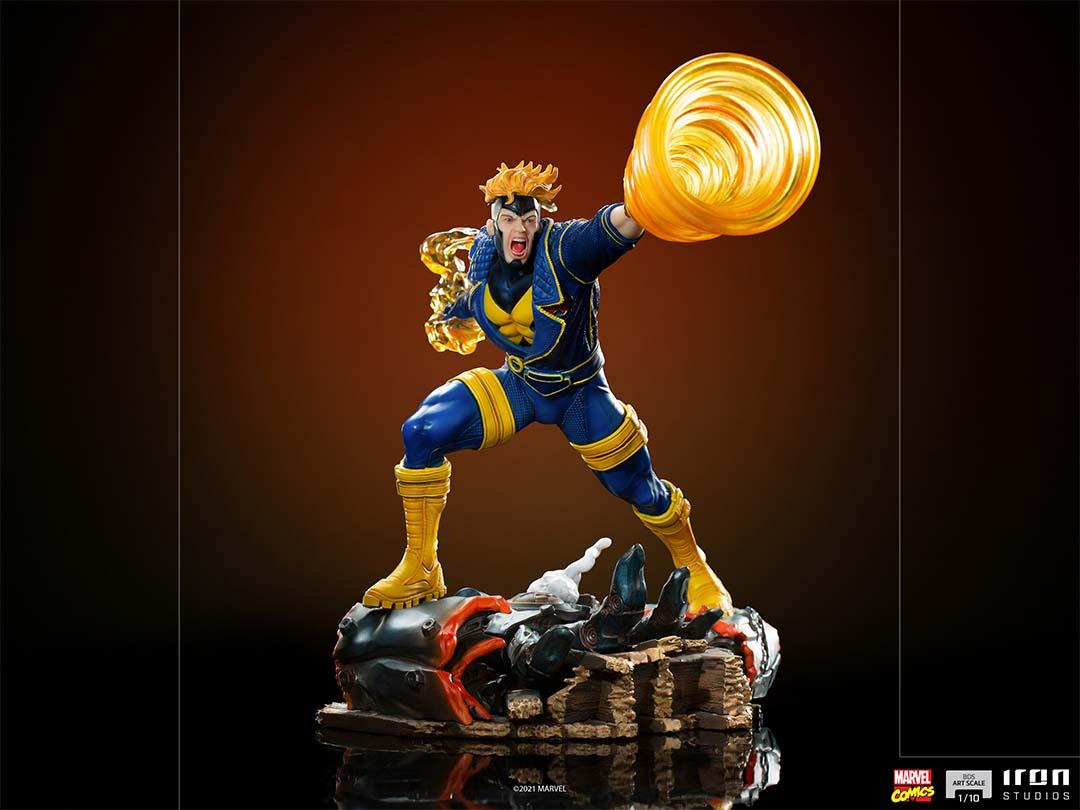 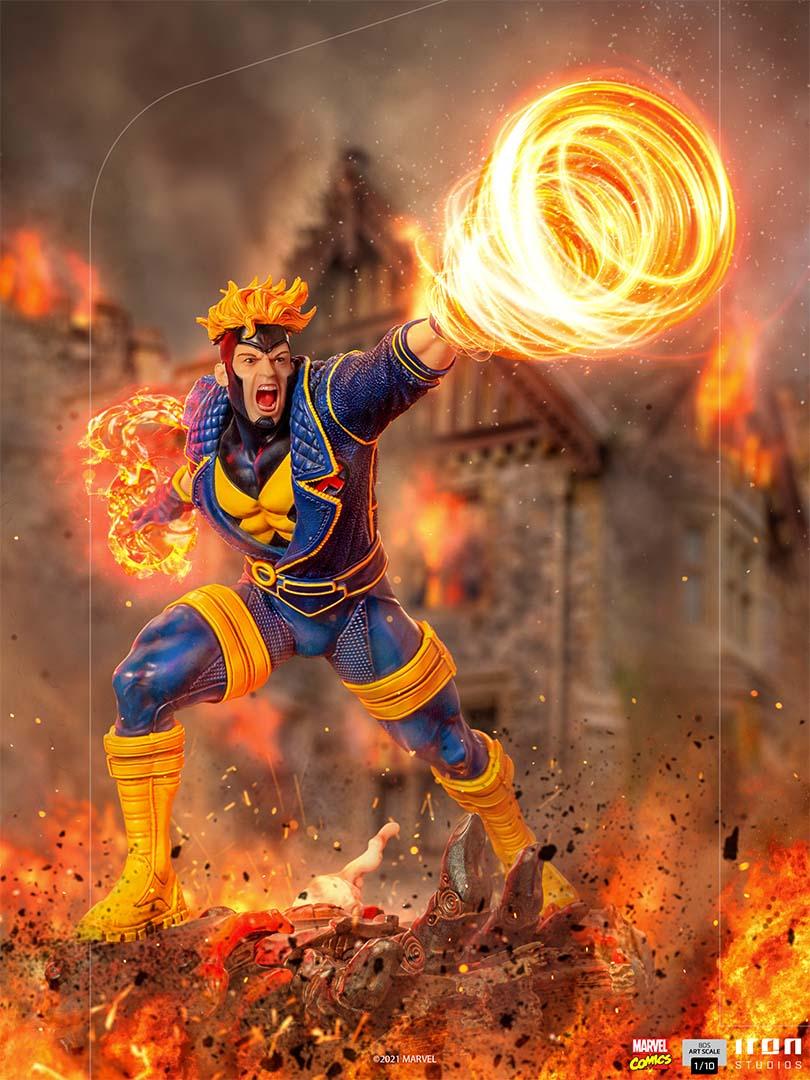 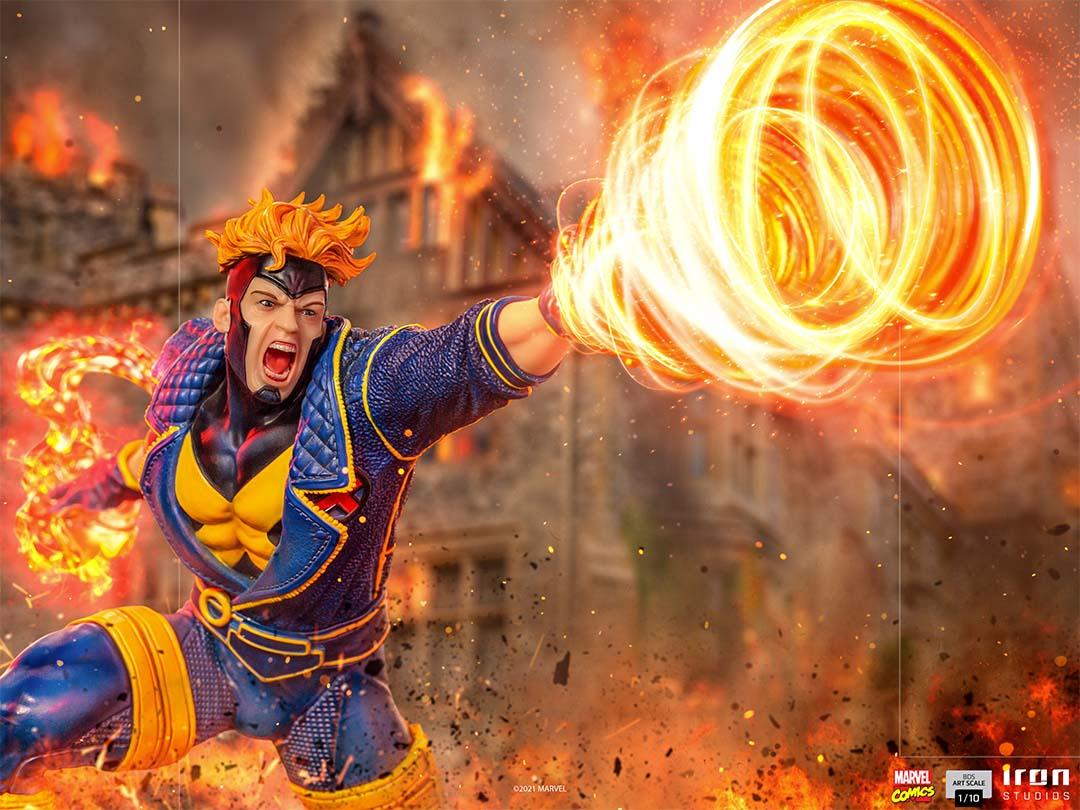 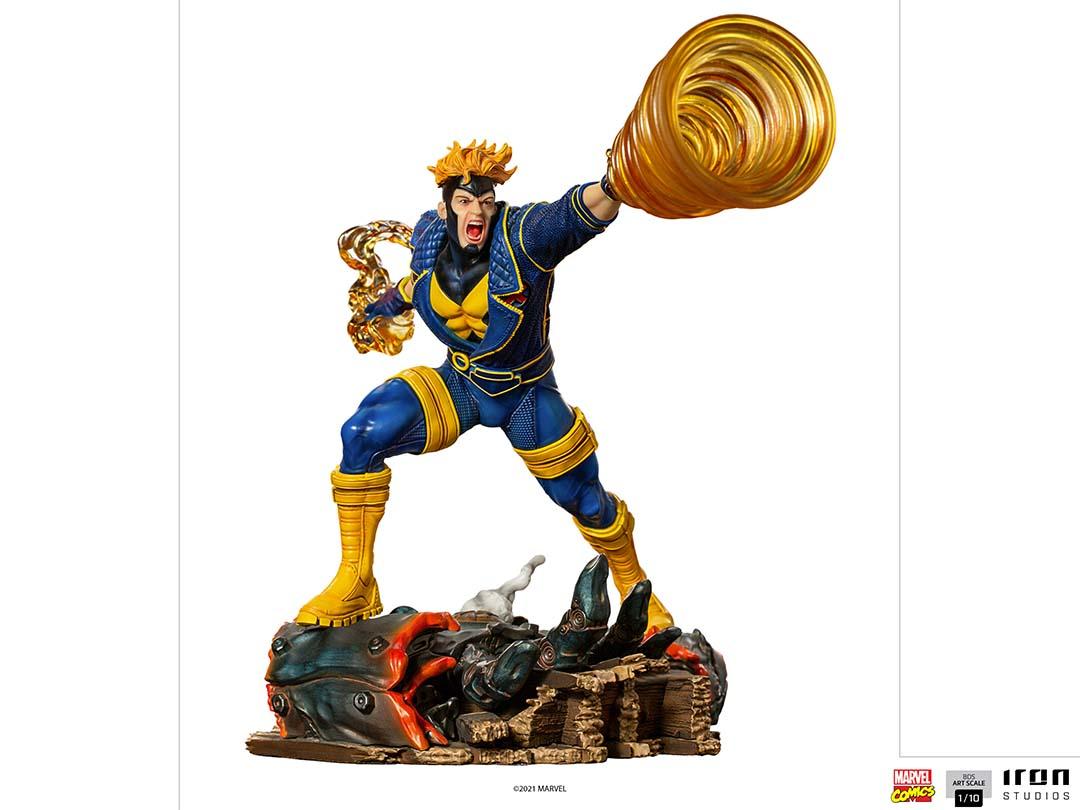 The base is composed of what was once part of the wooden floor of Mansion X, along with the remains of a molten metallic Sentinel robot hand. Standing on top of the base is the mutant hero wearing a blue and yellow uniform, the standard 1990s uniform from Professor X's group of students and allies, the so-called X-Men. With all his style and personality and still wearing a jacket, the mutant releases his plasma energy power through his right hand while firing a cosmic ray vortex from his left hand. Thus, Iron Studios presents the statue "Havok - X-Men - Bds Art Scale 1/10", one more item among the classic Marvel mutant heroes. The collection features the diorama scenario of the X-Men facing Magneto, the Sentinel robots under his control, and his followers and allies.

Alex Summers is the brother of Scott Summers, the Cyclops and field leader of the X-Men. As a child, Alex was in a plane crash, which left him with traumatic amnesia. Around this time, he was separated from his brother and left in an orphanage, having been raised by another family. As an adult, he finds his brother and joins the X-Men, adopting the code name Havok. The character, created by writer Arnold Drake and designer Don Heck in 1969, absorbs ambient cosmic energy from his body's cells and transforms it into plasma, resulting in the control of an extremely powerful type of destructive force. Sometimes he is not fully capable of controlling this ability, so he wears a special containment suit to help him, as his body is constantly in the process of absorbing cosmic radiation. In addition to the X-Men, he served as the leader of the team called X-Factor, sponsored by the Pentagon in the 1990s.

Already available for Pre-Order, Havok adds to the collection that features Marvel's grand Hall of Mutant Heroes and Villains and is the largest 1/10 scale X-Men statue diorama ever produced. We'll still have a lot of news to announce, and each collector will be able to line up their favorite characters together.