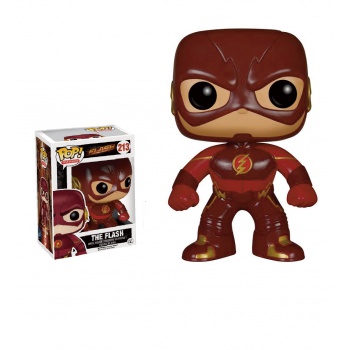 The Flash TV Series feels like it has appeared almost
like a new comics character might get his
own book after a big impact first appearance
(think Punisher in Spidey 129 or Deadpool). After
two guest slots on Arrow, the character garnered
enough interest to spin-off into his own show. The
super-speed squences look great for TV, and having
already been renewed for a 2nd season the
show looks like it will be around a while.

POP! has been the collector’s sensation of the last few years.