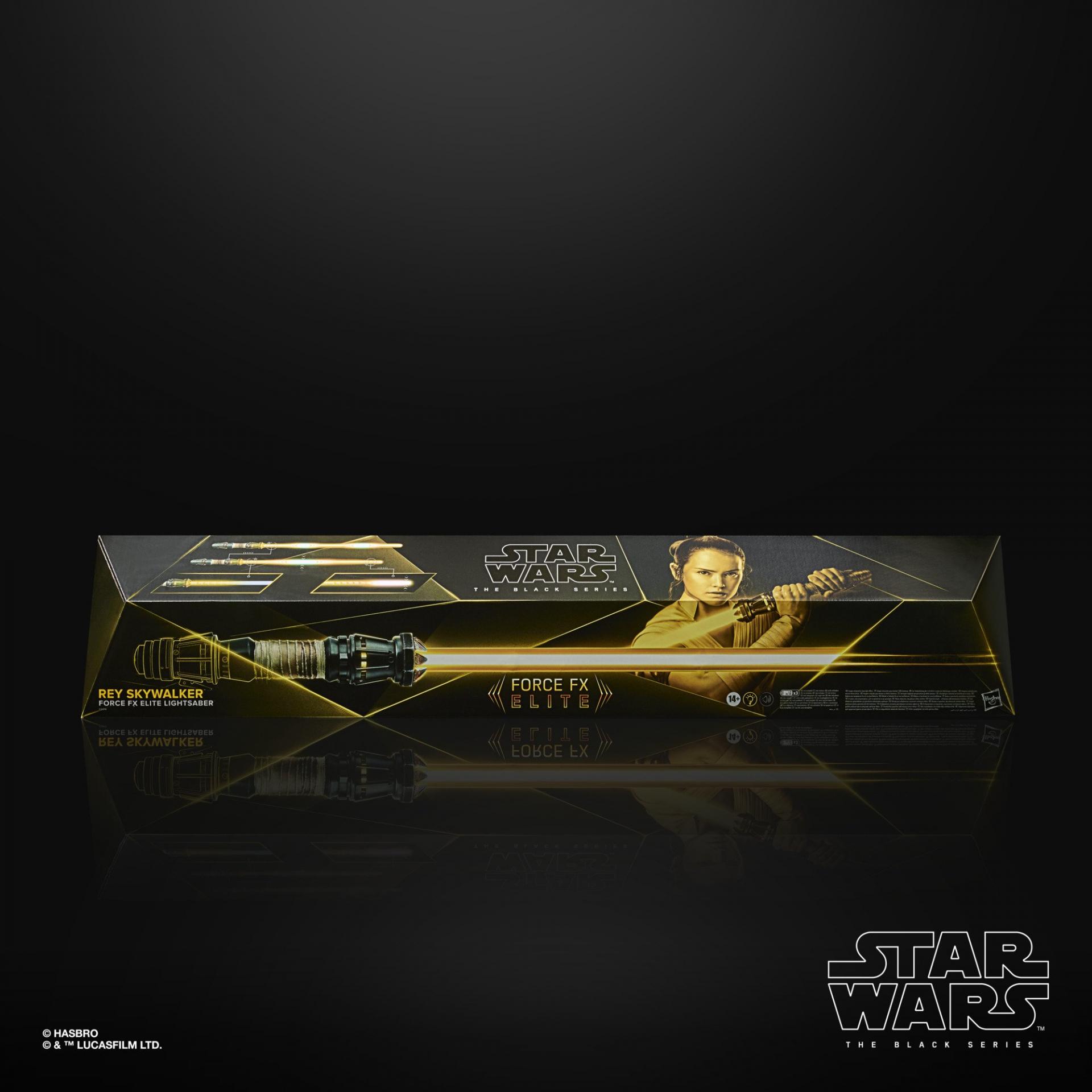 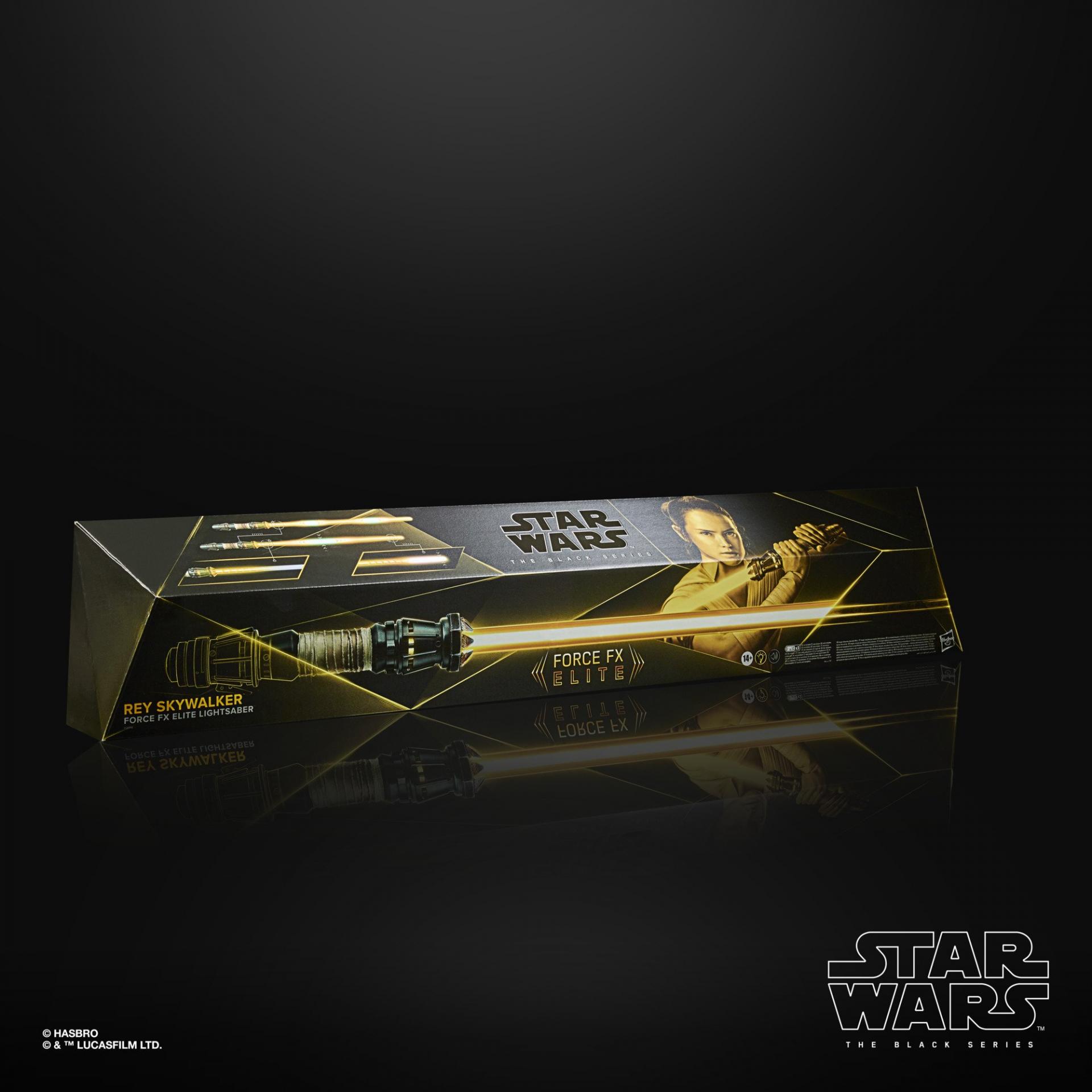 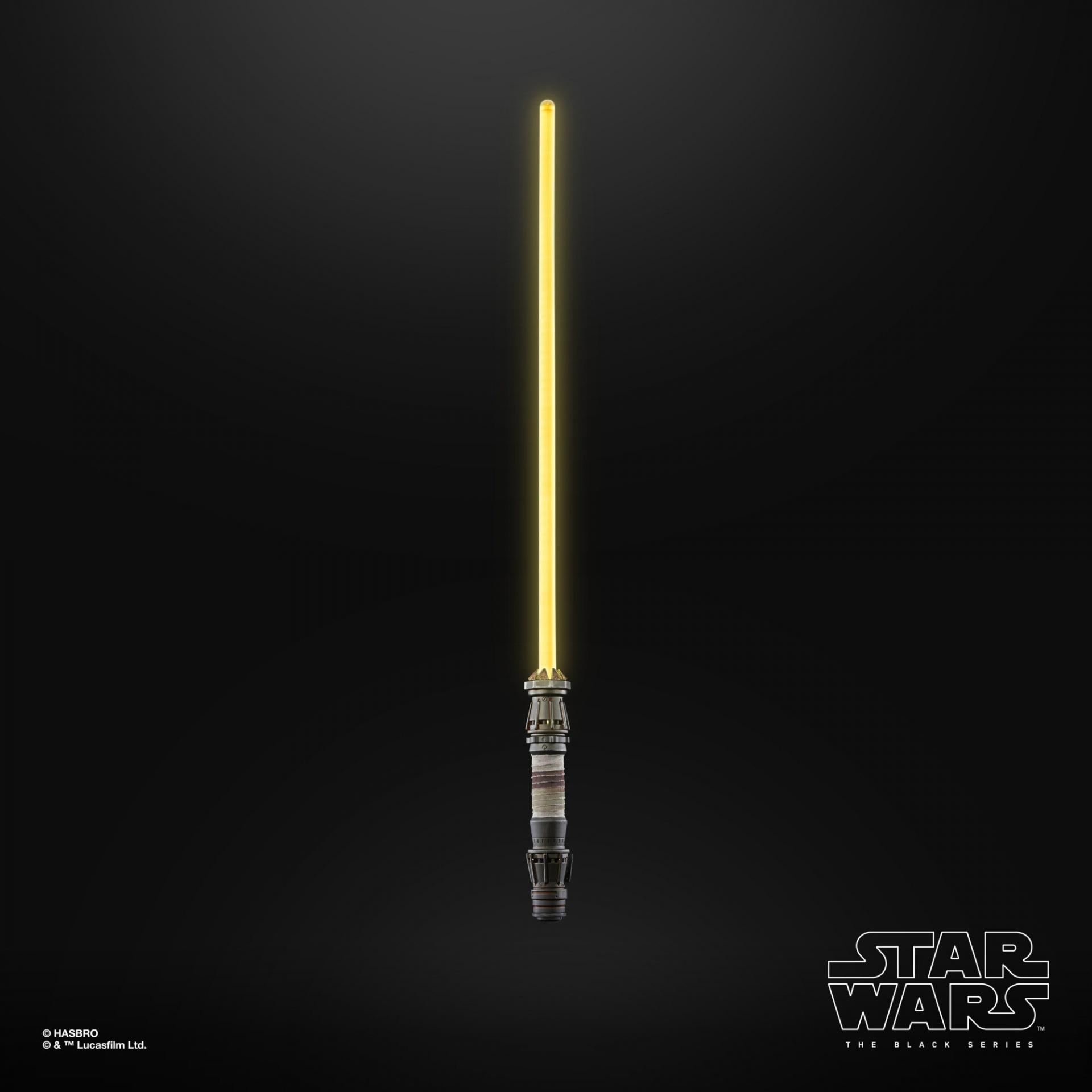 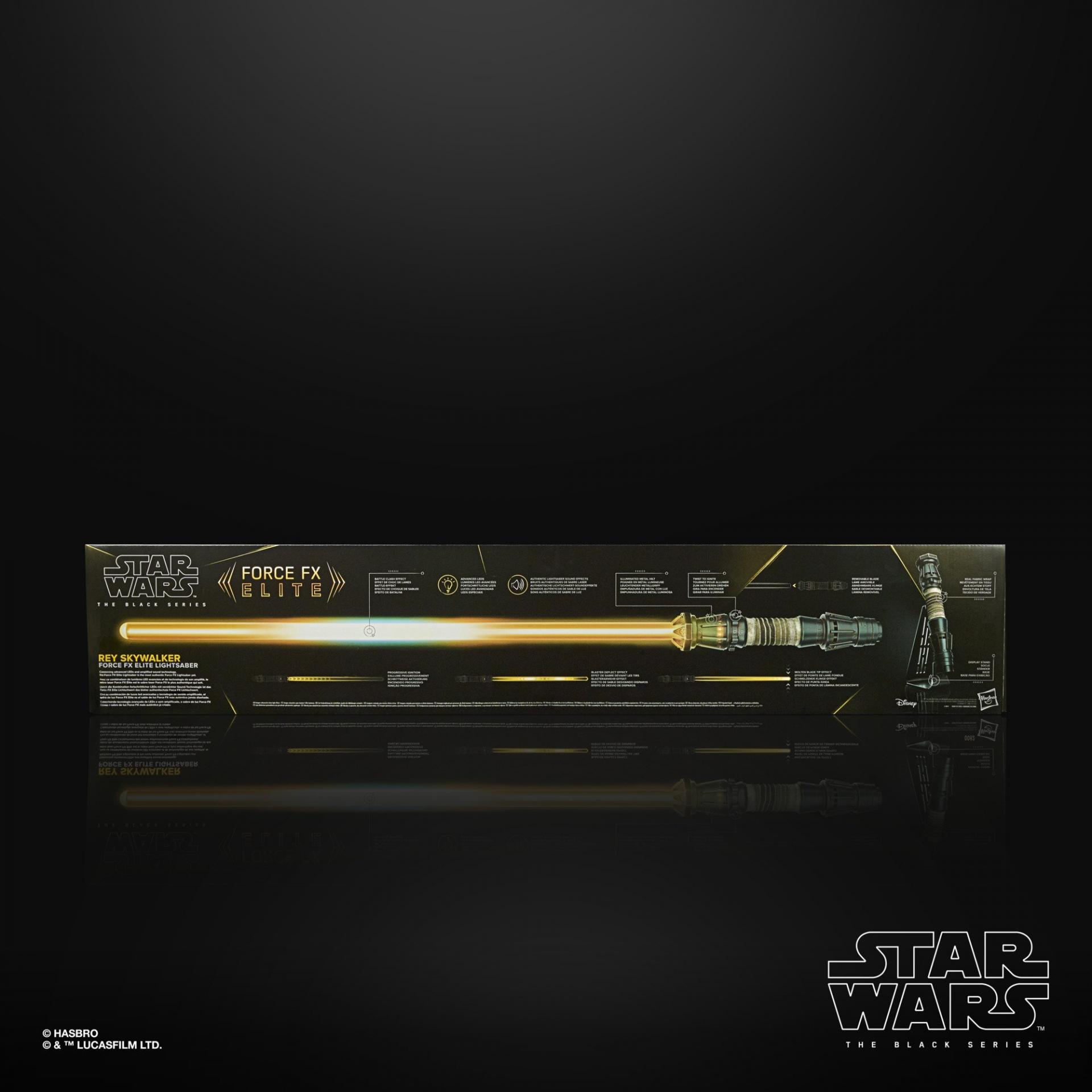 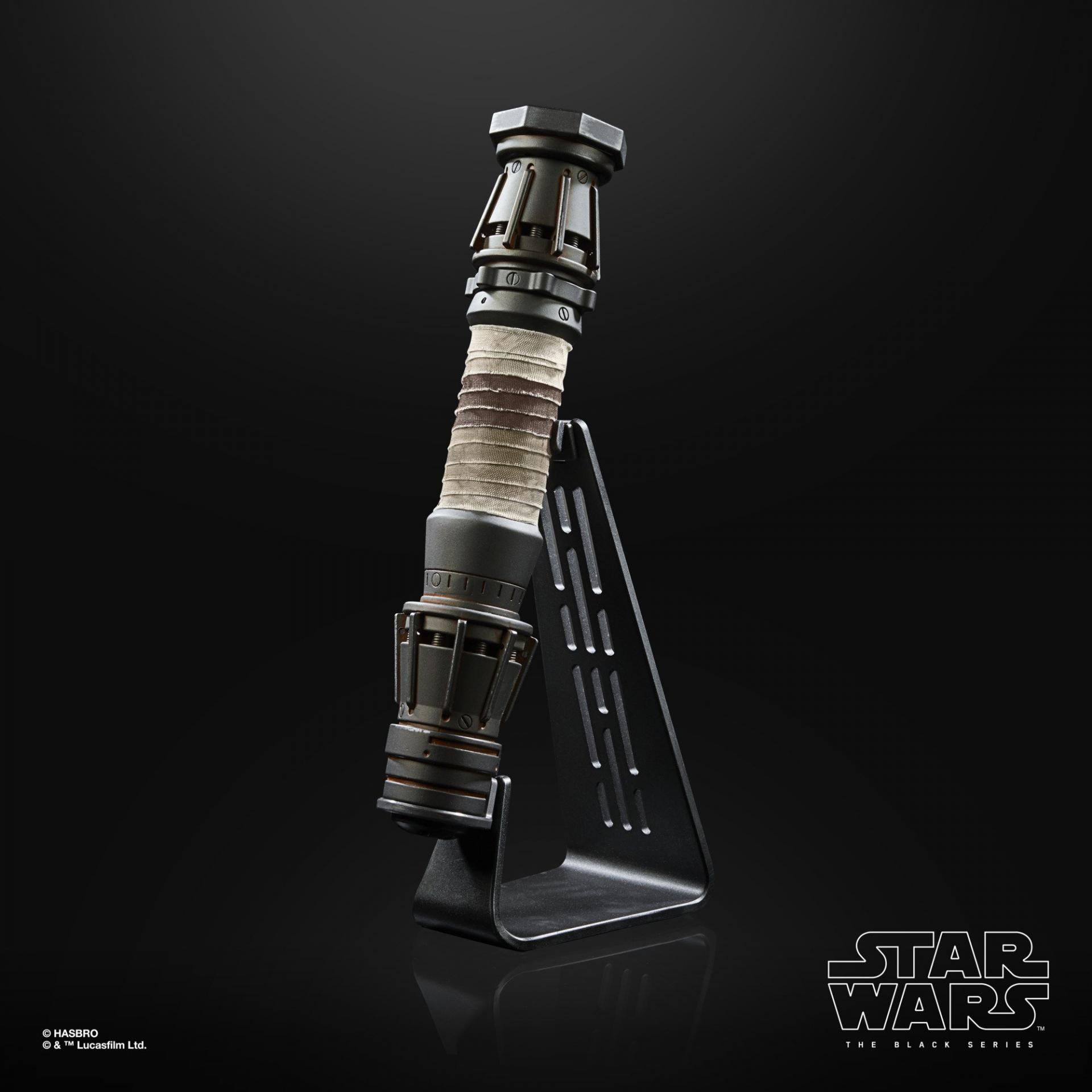 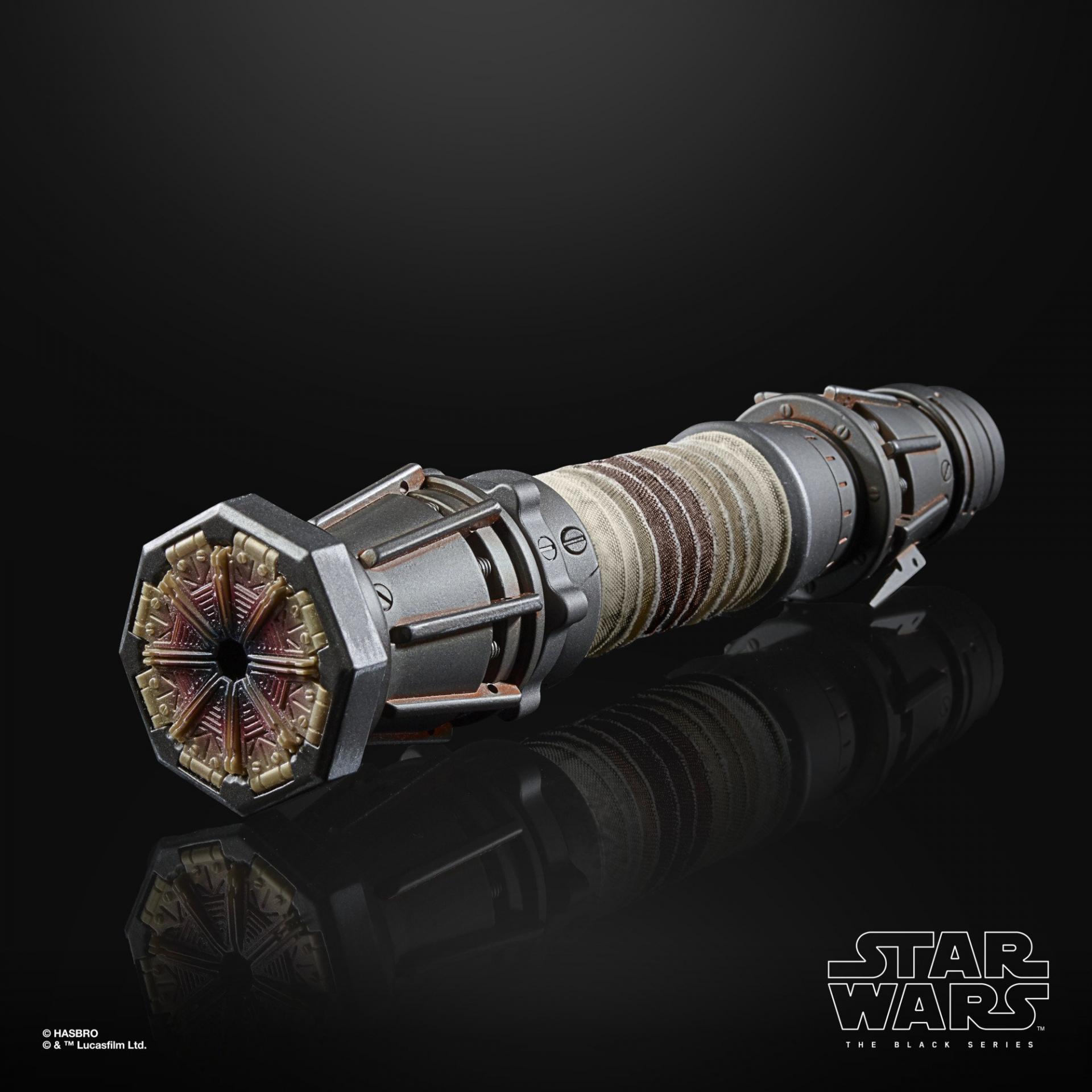 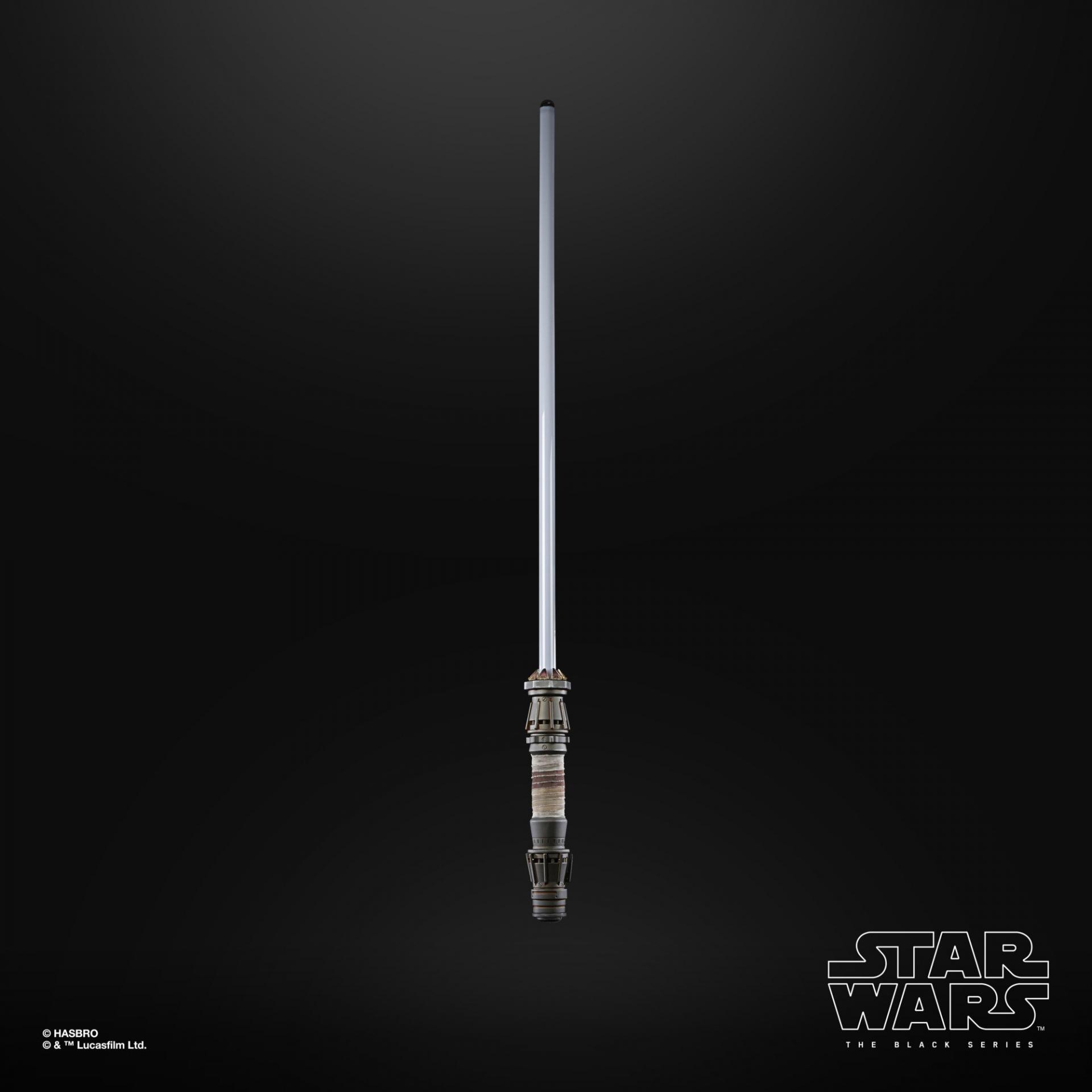 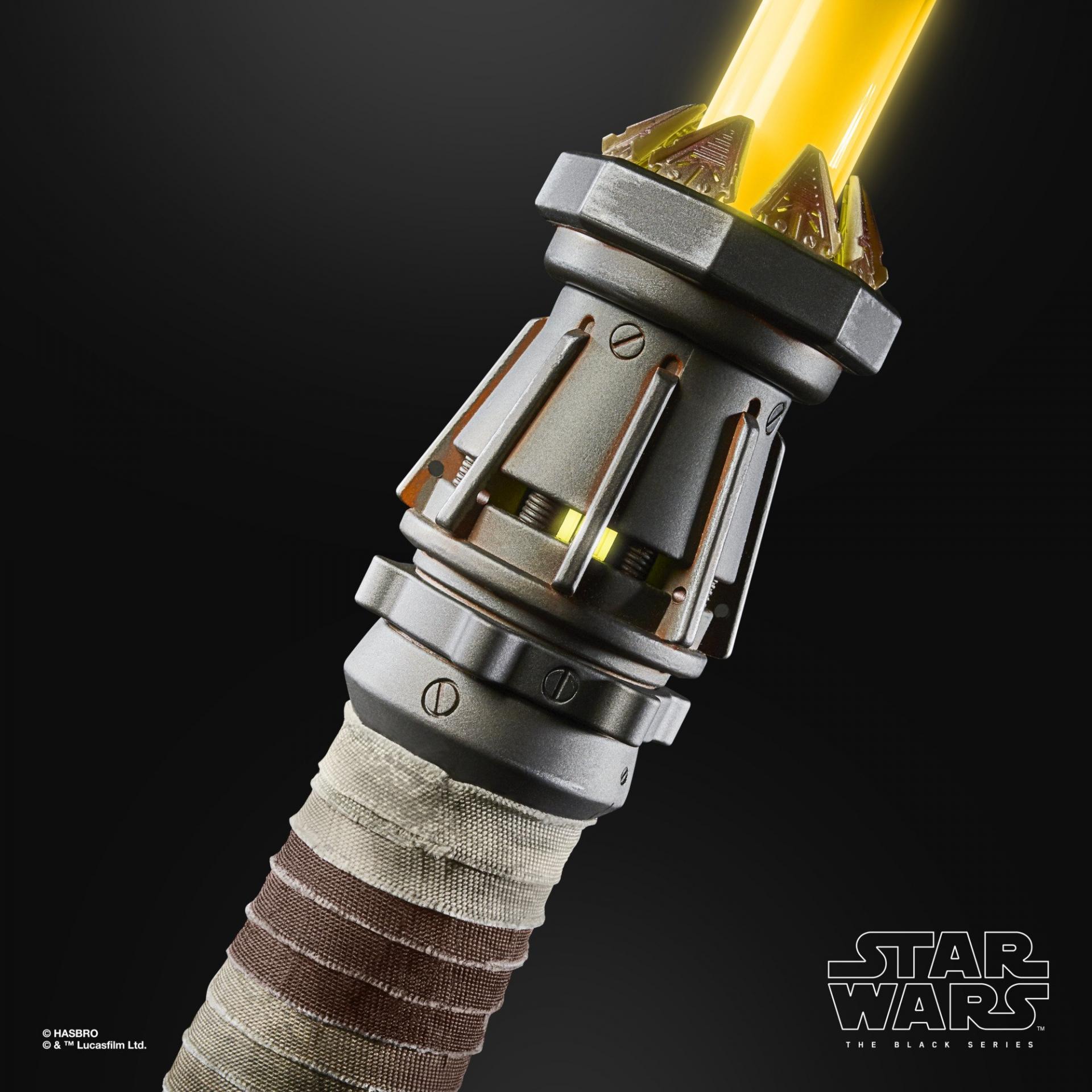 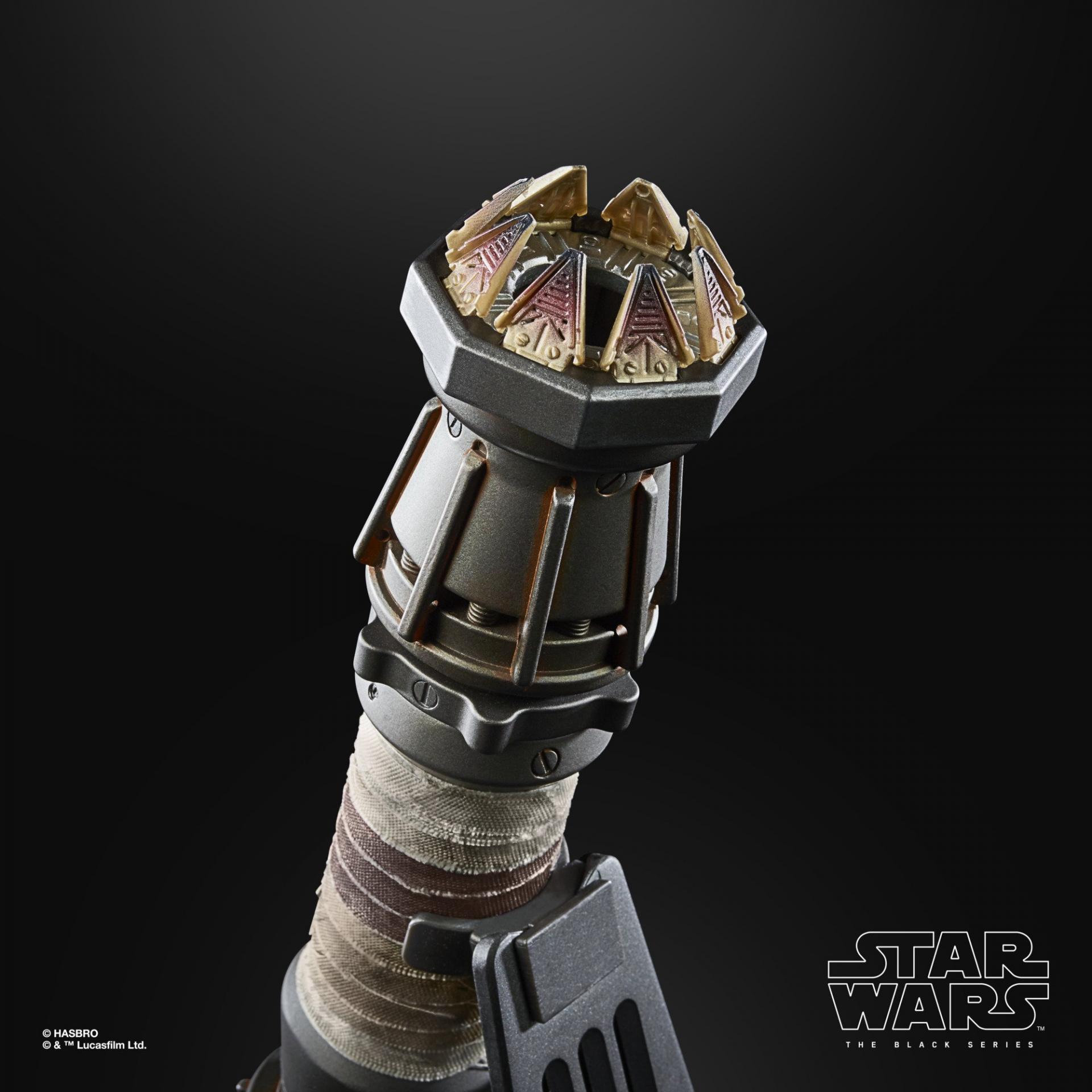 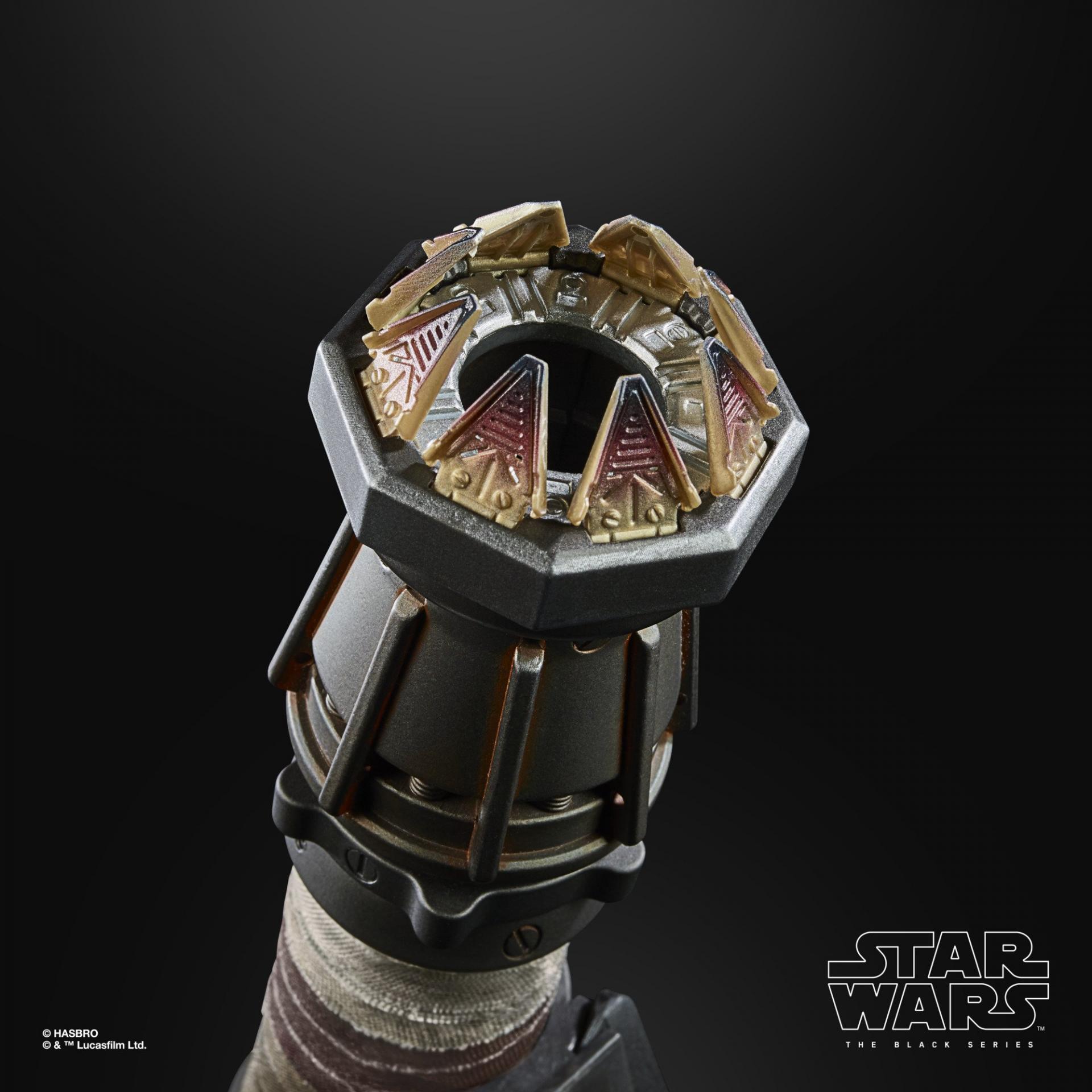 ATTENTION Pre-order available for May / June 2022.

Rey grew up a scavenger. Her life changed when she agreed to help a droid on an urgent mission. Rey discovered she was powerful in the Force and sought out the vanished Jedi Master Luke Skywalker to train her. She faced her greatest test: a confrontation with fear and evil that would determine the galaxy’s fate. Rey then traveled to Tatooine to bury the lightsabers of Luke and Leia in tribute. Unveiling her own newly constructed Jedi weapon, she took the name Rey Skywalker

Fans can imagine the biggest battles and missions in the Star Wars lore with Lightsabers from The Black Series! With exquisite features and decoration, this embodies the quality and realism that Star Wars devotees love. With the Force FX Elite Lightsaber, featuring advanced LED technology, fans can imagine Star Wars action and adventure. (Each sold separately. Subject to availability.)