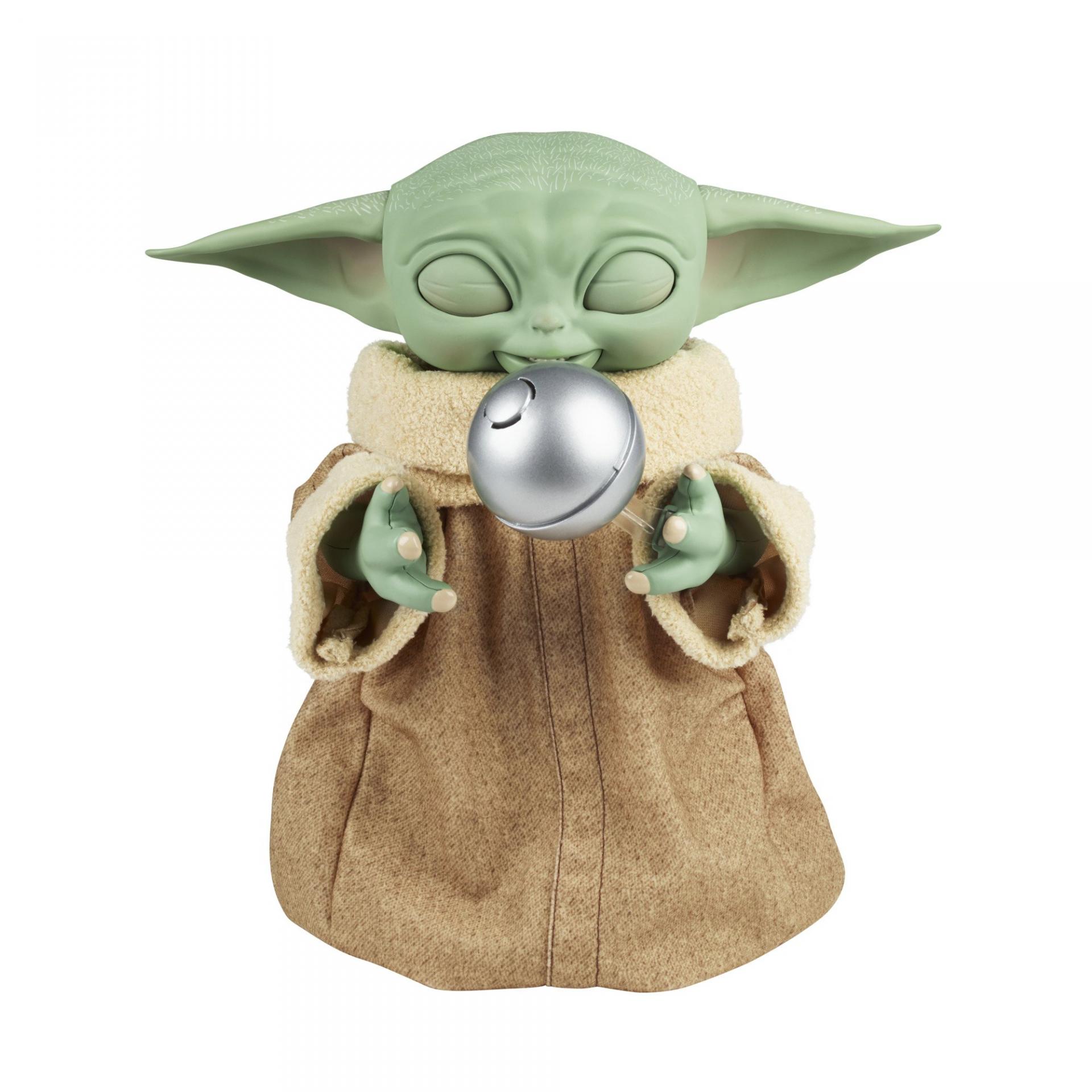 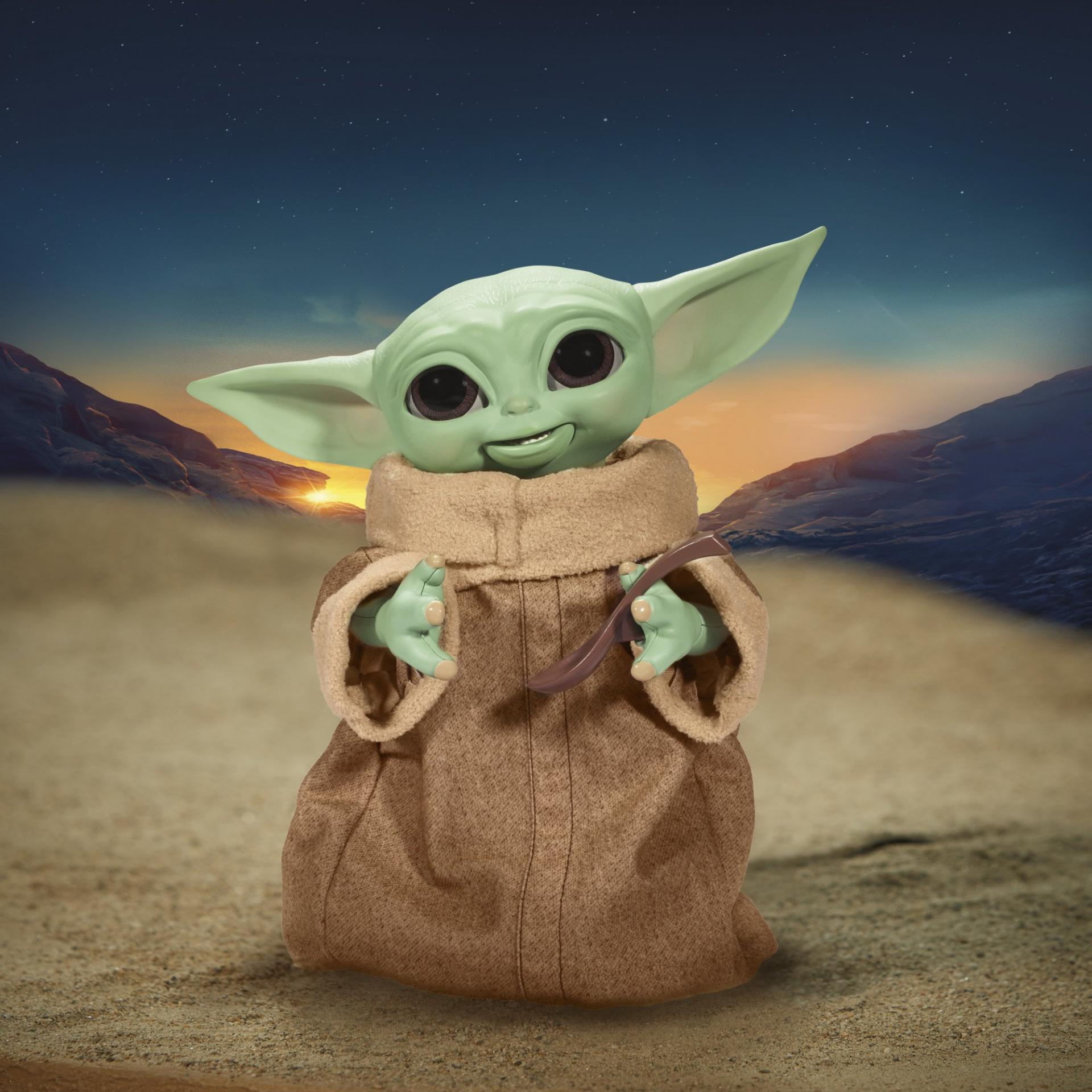 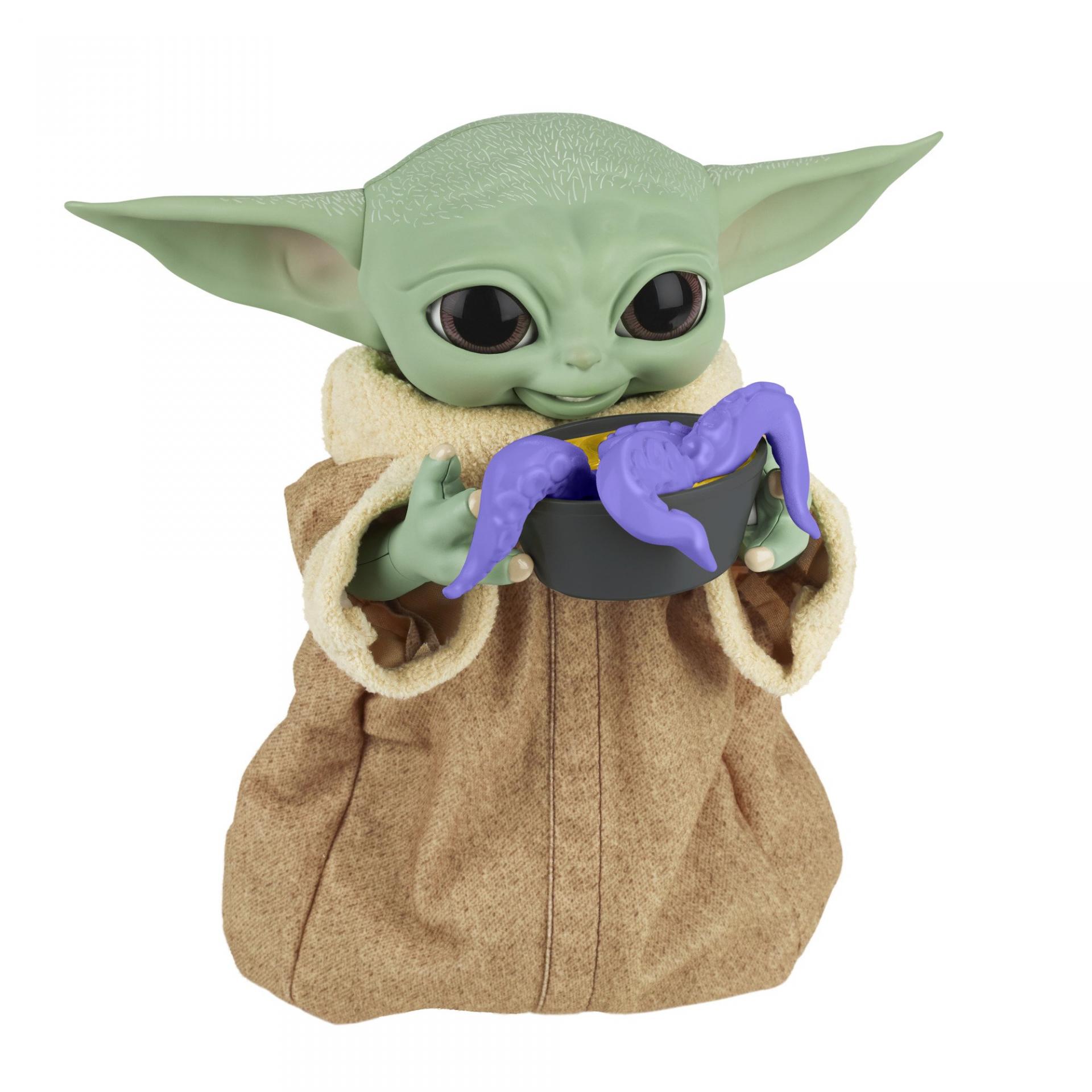 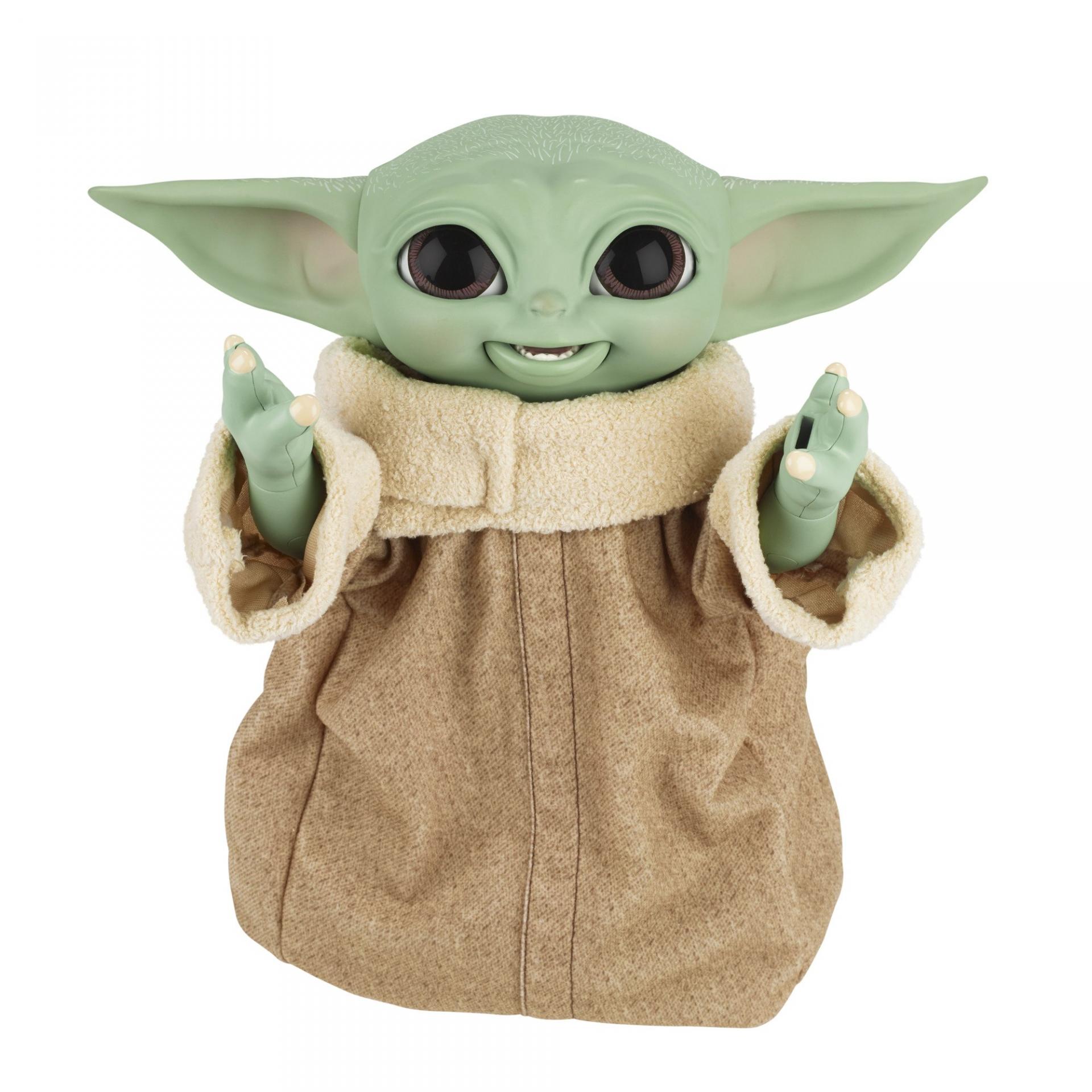 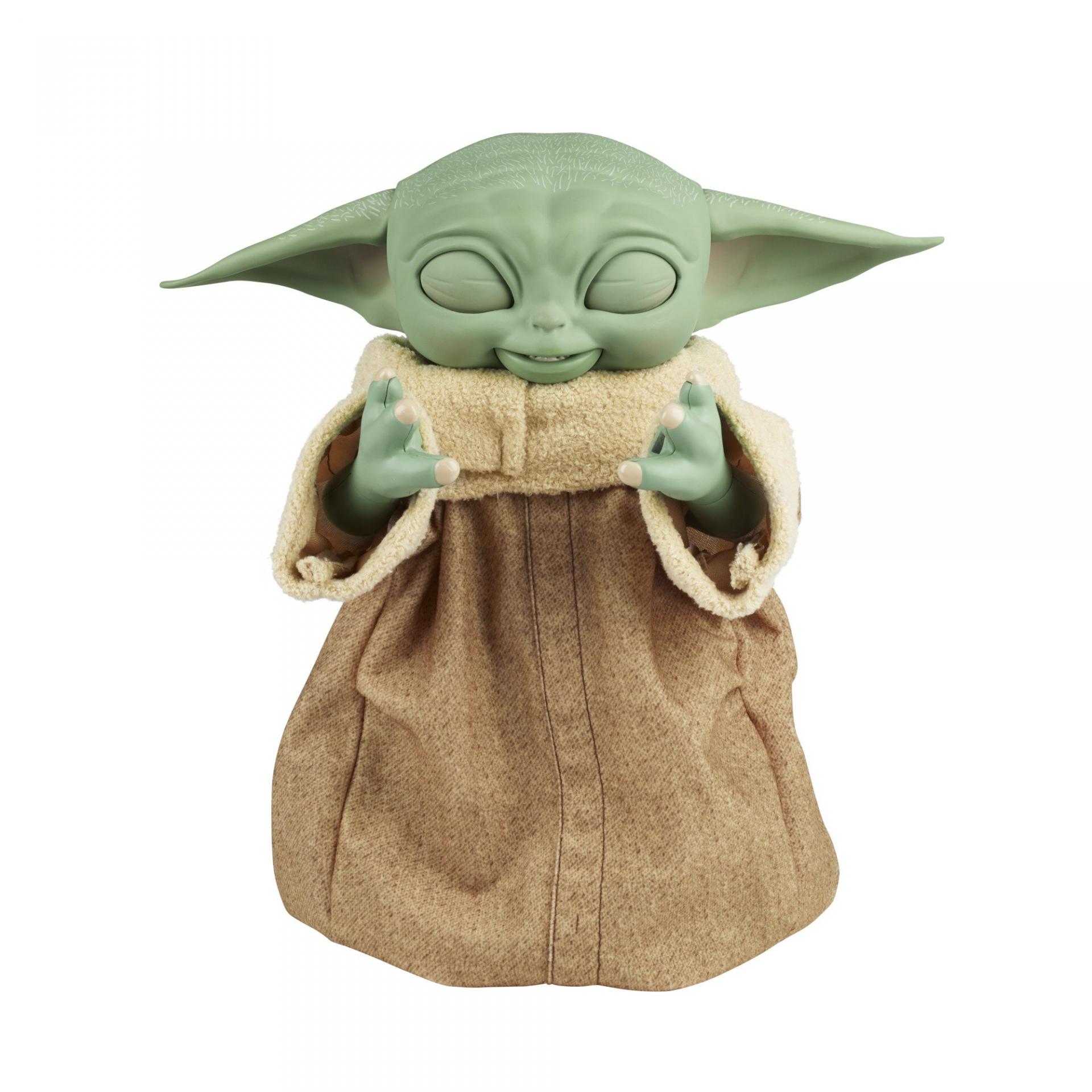 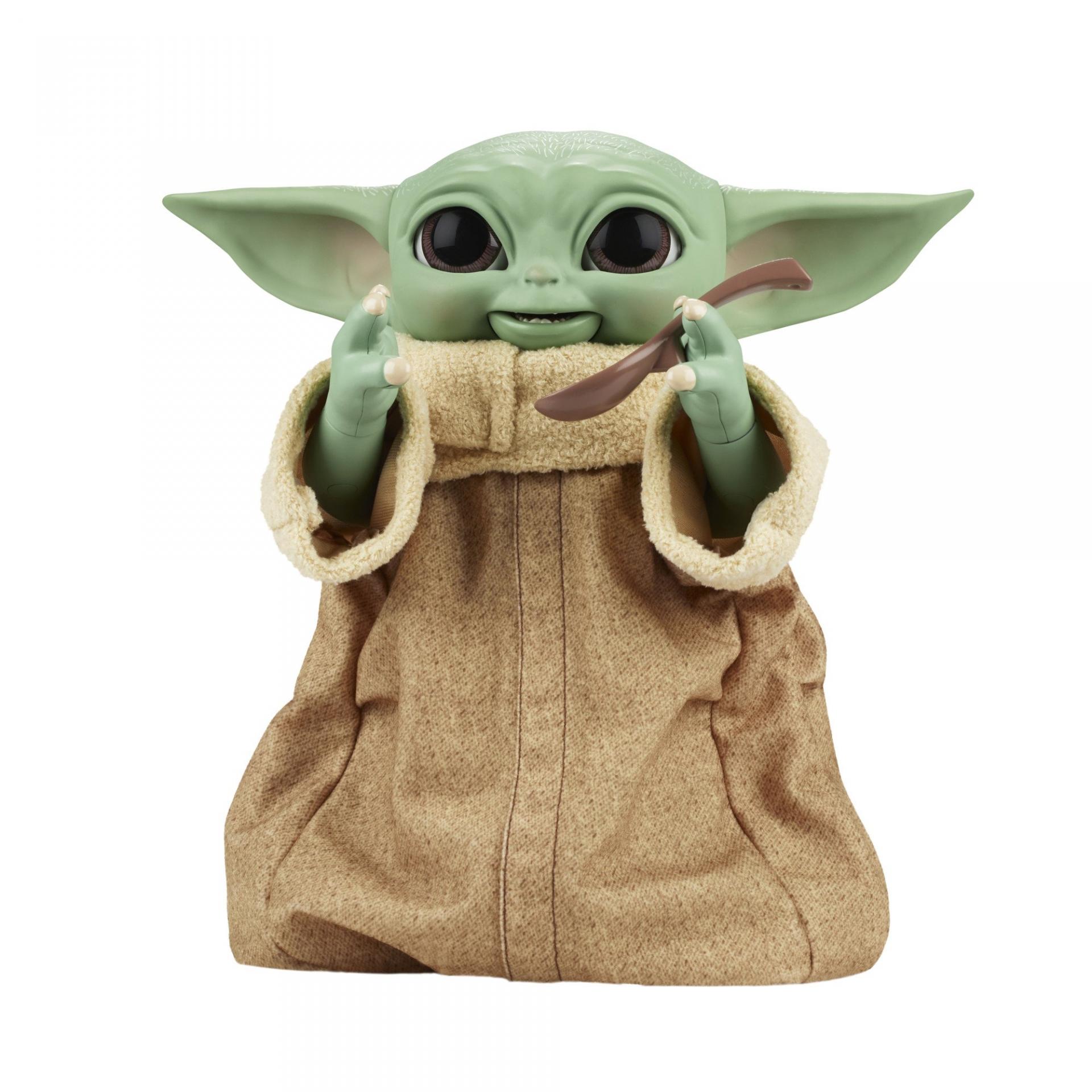 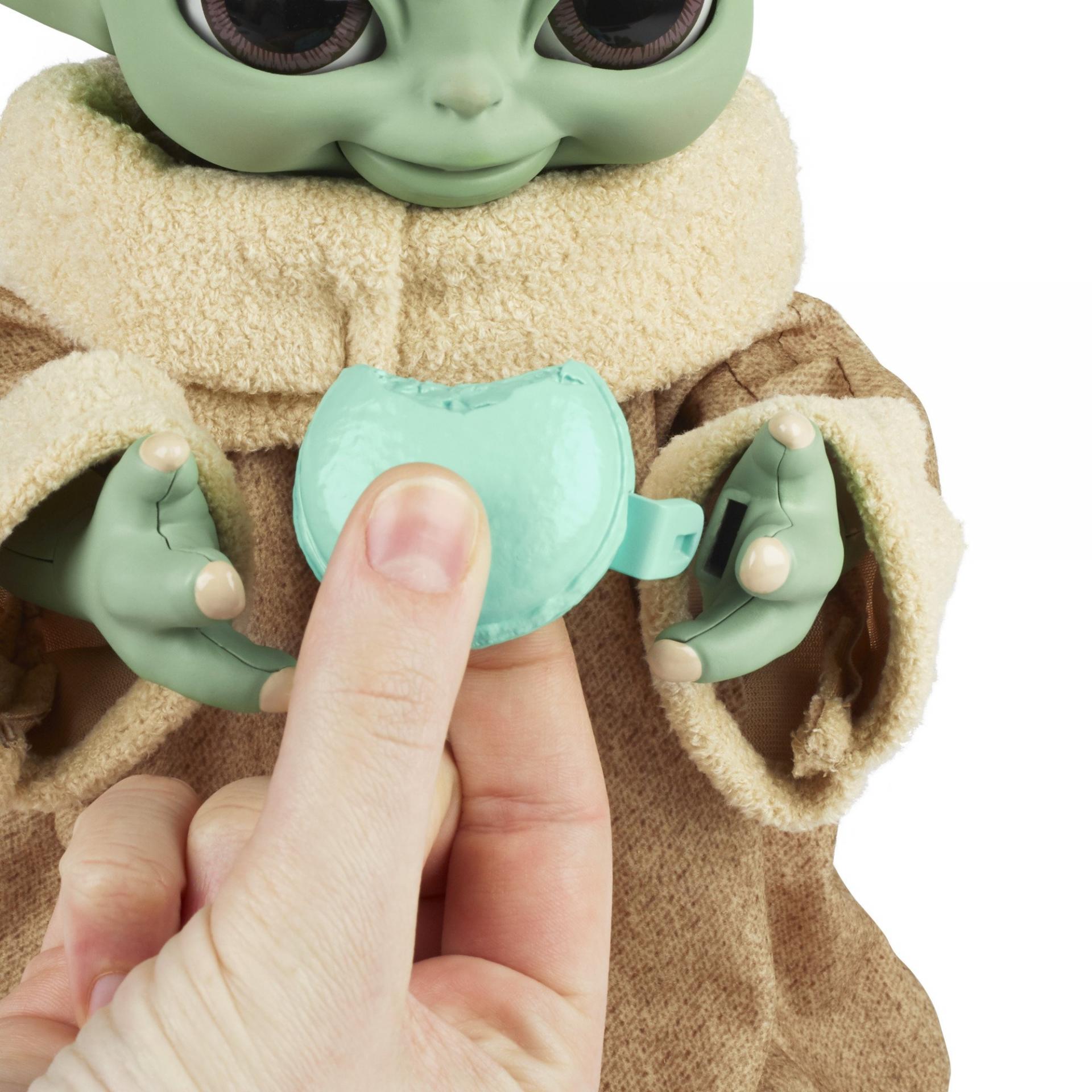 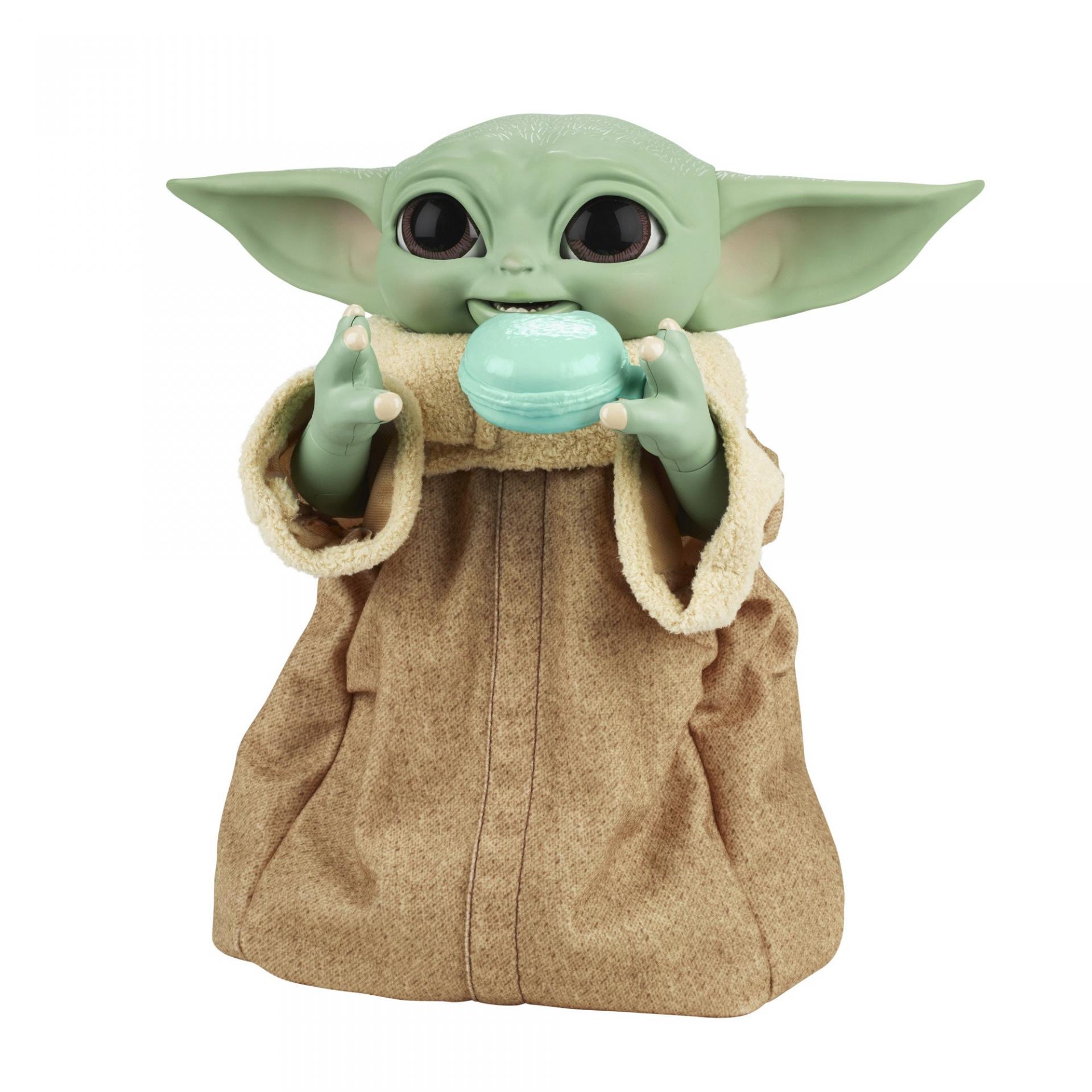 Grogu (The Child), affectionately referred to by fans as “Baby Yoda,” is hungry for Force snackin’ fun! With a galaxy of features, including adorable sounds, fun animated motions, and interactive accessories, this animatronic toy is ready for action and adventure! Place any of the included entertainment-inspired accessories in his hand and he’ll react! Put an accessory in his mouth, and he’ll make eating sounds that let you know if he thinks it’s yummy or yucky! When Grogu (The Child) wants to be picked up and held, he’ll reach up with both arms. And with Force activation, the Galactic Snackin’ Grogu toy will perform a 2-handed Force move, inspired by scenes from season 2 of the live-action series The Mandalorian on Disney+! Additional features include series-inspired sound effects, a premium soft goods robe, moving head, ears, arms, and blinking eyes!

INTERACTIVE ACCESSORIES: The Galactic Snackin’ Grogu animated toy comes with 4 interactive accessories (bowl with tentacles, cookie, shifter knob, and spoon) that, when placed in his hand, he will react to with animations and sound effects

ANIMATED TOY: The Star Wars Galactic Snackin’ Grogu animatronic figure stands over 9 inches tall and features motorized movements, including a head, ears, and arms that move, and eyes that open and close

SNACK AND REACT: Pretend to feed Grogu (The Child) with the entertainment-inspired accessories and he will react to them with eating, yummy, or yucky sound effects

HOLD ME PLEASE: Galactic Snackin’ Grogu will let kids ages 4 and up know when he wants to be picked up and held by reaching up with both arms

2-HANDED FORCE MOVE: Boys and girls can pat the Galactic Snackin’ Grogu toy’s head 3 times to activate a 2-handed Force animation, in which he will mimic channeling the Force, inspired by scenes from the Disney+series The Mandalorian