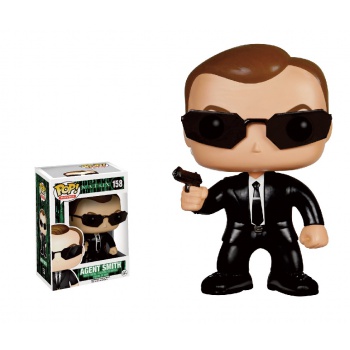 The first Matrix film revolutionised film making
with its use of ‘bullet time’ widely used in all
types of film since then. That new technology
added greatly to the fantastic look of the film
which backed up the tale of a future where machines
have taken control of the human population
who live in a simulated reality called The
Matrix. The film spawned 2 sequels and has a
huge cult following.
The Agent Smith POP! vinyl figure stands around
9cm tall. POP! vinyl has been the
collector’s sensation of the last few years.
Packed in an illustrated window box.